This week: lawyers go digital, and the mission to find a vaccine

As the severity of the economic fallout from the pandemic became clear in April and March, many businesses announced management pay cuts, and law firms were no exception. The FT has since reported on why most law firms have cut back on hiring for all but the most important roles in the highest demand practice areas — a move that hits junior lawyers particularly hard.

On a more positive note, we have also covered the many ways in which the crisis has accelerated the move to digital law, from virtual court hearings to an increase in handling paperwork electronically.

Two virtual hearings in particular have been in the spotlight this week: former Baker McKenzie boss Gary Senior was fined for misconduct, and financier Amanda Stavely was accused of “inventing evidence” on the fourth day in a civil lawsuit she brought against Barclays relating Qatar’s 2008 investment in the bank.

Ex-Baker McKenzie London boss Gary Senior walked away from his disciplinary hearing last week with a fine and a ruling of serious professional misconduct.

The lawyer, who no longer works at the firm, will have to hand over £55,000 in fines and £40,000 in costs after attempting to kiss a more junior colleague in his hotel room eight years ago. He remains on the solicitors’ roll however, having avoided being struck off.

The case was an uncomfortable one, with emails read to the panel at the tribunal in December in which Mr Senior suggested the female lawyer was “after a big pay off”. It also placed Baker McKenzie in jeopardy — the UK lawyers’ regulator had accused the firm of allowing Mr Senior to sway an investigation into his conduct.

Baker McKenzie and two former colleagues of Mr Senior were cleared of all charges last week. But the case raised important questions about law firm drinking culture — a theme that arose in his trial as well as other misconduct cases last year.

How do you feel about the way the Black Lives Matter movement intersects with the law? It is a sector lacking in diversity — how can that be changed? Do you have experiences as a person of colour working in law that you would like to share? Get in touch at @katebeioley_FT.

An inquest heard last week that Paul Rawlinson, formerly one of the City of London’s most influential lawyers as head of Baker McKenzie, took his own life in Zurich following an acute depressive illness. He was described as “an incredibly successful lawyer who was adored and loved by his family”.

“Mr Rawlinson was being treated at the luxury Kusnacht Practice in Zurich and took a short walk in the mornings, according to evidence submitted to the hearing. His carer heard him leave on the morning of April 12 but he did not return, and was later found by medical staff, having already died.”

After falling foul of Zoom last week, Barclays’ legal team was forced to apologise after comments by one lawyer accusing the businesswoman of “obviously lying” were broadcast to the court.

“The comments from the member of the legal team defending Barclays were picked up after Ms Staveley had finished her first day of testimony at the High Court, where the trial is being streamed via a live feed to the press and public because the pandemic has limited attendance in the courtroom.”

Private equity firm KKR raised eyebrows by asking suppliers, including some of the world’s largest law firms, to take a 15 per cent haircut on their bills in order to share in the “economic pain”, despite having spent some $18bn on deals since January.

“One professional advisory firm that works for KKR said the company had asked for a larger than 15 per cent discount for all work done this year, including for jobs completed but yet to be paid for. An adviser at that company called it ‘outrageous’.”

The Solicitors Disciplinary Tribunal handed out a fine to Gary Senior at the end of a two-week trial over an incident in which he tried to kiss a more junior colleague eight years ago.

“‘I bitterly regret what happened in 2012,’ Mr Senior said on Friday. But he added that the internal investigation ‘was not covered up’.”

The FT’s Jane Croft looks at the judges, barristers and lawyers switching their Gothic dining halls for living-room trials, and the speed with which one of the most old-fashioned industries came to embrace new technology.

“As a result of the pandemic, the UK courts system and legal profession — usually a bastion of tradition and hierarchy — have been dragged into the 21st century as hearings across the country take place virtually and a handful of crown courts hold jury trials spread across two video-linked courtrooms with participants carefully spaced apart.”

This week FT science commentator Anjana Ahuja brings us a blow-by-blow account of the mission to find a vaccine to fight coronavirus. With the world watching with bated breath as scientists work tirelessly to solve the problem, which drugs looked like potential life-savers, but weren’t, and where do we go from here?

“A vaccine that allows people to live, work, travel, learn and socialise together safely again is the best long-term exit strategy from lockdown. This is recognised in the unprecedented number of Covid-19 vaccine projects under way: 183 by June 10, according to the LSHTM tracker.” 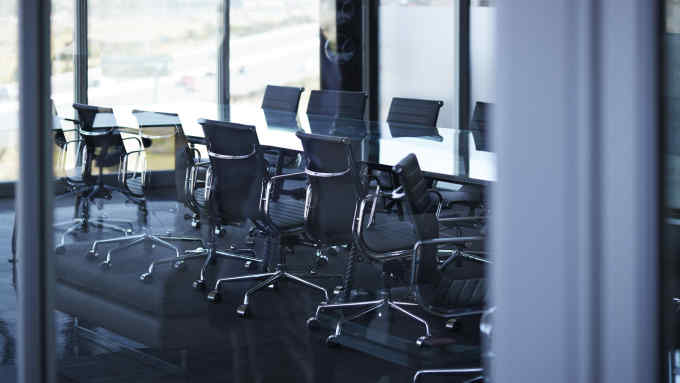