A couple of years ago US Trust, a private bank, did some fascinating number-crunching on the nature of American wealth. It estimated $12tn worth of assets are slated to change hands in the next decade, as money passes from the baby-boomer generation, many of whom became rich by creating companies in the postwar years, to their heirs.

This is striking by any measure, representing the largest wealth transfer in history, equivalent to three-quarters of US GDP. Other observers have even more startling estimates: according to Deloitte, over the next 15 years “nearly $24tn will be transferred in bequests (after taxes and charitable giving), reflecting spousal, inter- and intra-generational wealth transfers”. That raises a crucial question: will the recipients of this wealth have different attitudes towards how they use it? If so, what will this mean for the world of impact investing?

The evidence is that a big shift is indeed under way. In the mid-20th century, when the postwar generation of wealthy were frantically creating companies, most investors assumed the main — if not the only — point of investing was to produce good returns. Little wonder: there was a sense of economic fragility after the world wars, and economics professions were being shaped by the writings of Milton Friedman, the free-market economist who tended to view the economy — and, by default, the investment game — only in terms of profit incentives.

Today’s younger generation seems far less driven by narrow definitions of economic returns. US Trust found 75 per cent of wealthy millennials “consider the social and environmental impact of the companies they invest in to be an important part of investment decision-making”. Two-thirds “view their investment decisions as a way to express their social, political, or environmental values”.

Similarly, according to a survey by Morgan Stanley, “millennials are twice as likely to invest in a stock or a fund if social responsibility is part of the value-creation thesis”. A report by Fidelity says “a majority of affluent millennials (77 per cent) and Generation X donors (72 per cent) indicated they had made some form of impact investment, such as investing in a publicly traded company with good social or environmental practices”. Among the baby boomer and older generation the ratio was a mere 30 per cent.

There is little agreement on how to define, label or measure ‘impact investing’ projects

Some investment professionals might sneer this just reflects the folly of youth (or a life of relative material ease). They might also argue that the younger generation will become less idealistic with age and have to deal with the all-too-tangible challenge of preserving their inherited wealth.

But if these surveys point to a sustained shift in attitudes, the implications for the financial services industry are profound: in the coming years, finance will need to start treating impact investing as a mainstream activity, rather than as a sideshow, and organise itself accordingly.

This may not be easy. The industry has a shortage of professionals with experience in this area. Crucially, it is also unclear what millennials mean by “socially responsible investing”. For some, it implies avoiding “sin stocks”, such as firearms or tobacco; others use the label more narrowly, to include a range of environmental and gender goals. The UN, however, increasingly uses the term to refer to projects and investments that support its own sustainable goals, such as developing infrastructure for emerging markets.

In practical terms, there is still little agreement in the industry about how to define, label or measure “impact investing” projects. That makes it impossible for investors to see and compare the financial returns of different asset managers; indeed, it is hard to find a basic benchmark to compare impact investing with regular asset management styles, let alone measure social returns in a transparent way.

This is worrying. After all, without decent benchmarks or consistent labelling, there is the potential for definitional fights — or outright marketing scams. While such dangers have attracted little attention, since the sector is still pretty small and most impact investment strategies have performed relatively well because overall markets have boomed, that could change if markets turn or scandal hits.

Thankfully, most industry players are trying to address the lack of common standards. This year the UN General Assembly will have a series of meetings on its sidelines to discuss how to define and measure impact investing, since the UN is keen to attract private sector funds into its sustainable investment goals. Groups such as the World Bank, International Chamber of Commerce and UN are looking to bring more definitional clarity to the sector, as are consultancies such as Deloitte and insurers such as Aviva.

But it remains to be seen whether these different voices can ever agree on clear investment metrics — and put the industry on a truly professional footing that could be scaled up. Until then, the sector will remain rather like its American millennial supporters: namely idealistic, passionate and conscientious, but still young(ish) and — crucially — untested. 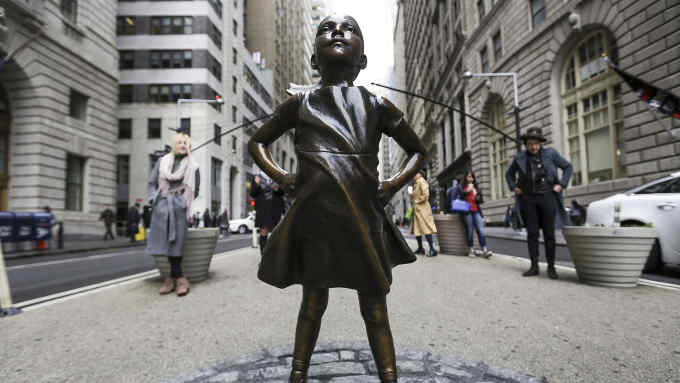