Gibraltar to rule on detention of Iran tanker

Andrew England in London and Najmeh Bozorgmehr in Tehran

We’ll send you a myFT Daily Digest email rounding up the latest Iran news every morning.

A Gibraltar court will on Thursday decide whether to extend the detention of an Iranian tanker at the centre of a stand-off between the Islamic republic and Britain, amid mounting expectations in Tehran that the vessel will soon be released.

Iranian state television quoted an official on Wednesday saying that Tehran believed the Grace 1, which was apprehended outside the port of Gibraltar by British commandos and local police on July 4, would be released within two days.

UK officials have said it was a matter for the Gibraltar authorities, but declined to comment further. The basis for Tehran’s optimism that the Grace 1’s release was imminent was not clear.

Gibraltar’s Supreme Court last month granted the British overseas territory’s authorities the power to detain the Grace 1 for 30 days, which expires on Saturday. The hearing on Thursday will determine whether that is extended.

Iran has described the tanker’s detention off the coast of Gibraltar as an act of “piracy”. Iran then seized a British flagged tanker, the Stena Impero, and its 23-man crew in the Strait of Hormuz in an act widely seen as retaliation. The response has heightened concerns about the maritime security of global oil supply in the strategic Gulf waterway as tensions rise between Iran and the US.

Gibraltar’s government has said its decisions concerning the Grace 1 are “not at all based on extraneous political considerations”. But Fabian Picardo, chief minister, said after a meeting in London last month with Javad Zarif, Iran’s foreign minister, that Gibraltar wanted to “work constructively and positively with officials of the Islamic Republic of Iran to facilitate the release of the Grace 1 pursuant to the satisfaction of all legal requirements”.

News in-depthIran
With Iran and the west escalating tensions, can war be avoided? 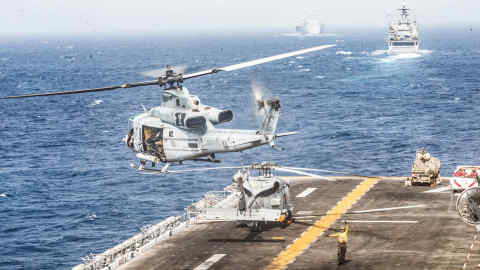 British officials have ruled out any barter for the ships, insisting that the two cases are distinct. The UK says the Grace 1 was legally detained because it was suspected of shipping 2m barrels of Iranian oil through European waters to Syria, in violation of EU sanctions. It accuses Iran of unlawfully seizing the Stena Impero, which is owned by a Swedish company, Stena Bulk.

Tehran said it detained the Stena Impero because it violated international maritime regulations by causing pollution in the Strait of Hormuz, switching off tracking devices to avoid Iranian forces and colliding with a fishing boat. Some Iranian officials have admitted that the ship’s detention was a retaliatory act and have hinted that it would be released once the Grace 1 was freed.

Jalil Eslami, an official at Iran’s Ports and Maritime Organization, said on Tuesday that “official and unofficial documents have been exchanged to resolve the matter”.

“We hope the problem will be dealt with in the very near future,” Mr Eslami was quoted as saying by the Fars news agency, which is closely tied to Iran’s elite Revolutionary Guards.

A spokesman for the Gibraltar government said the legal process regarding the Grace 1’s detention was ongoing, but declined to comment on the statements out of Tehran. “It’s up to the court,” the spokesman said.

The UK had previously said it would facilitate the release of the vessel if it had assurances from Iran that the tanker would not go to Syria. Tehran has always denied that the ship was delivering oil to the country. 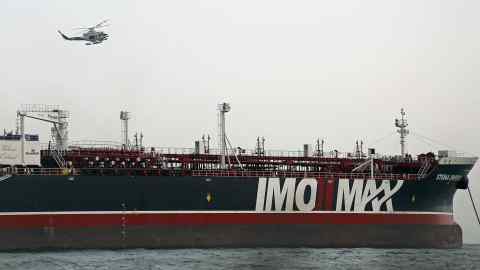 The Islamic republic has been a staunch supporter of Bashar al-Assad, Syria’s president, as his regime has fought an eight-year civil war. Tehran normally ships oil to Syria through the Suez Canal, using smaller vessels than the Grace 1.

The seizure of the Stena Impero caused the UK to deploy a second warship to the region last month to provide additional security for British-flagged ships, and its navy has also been escorting vessels through the narrow Strait of Hormuz.

The stand-off has created friction between Britain and Iran, and complicated the UK’s efforts to work with France and Germany to save the 2015 nuclear deal Iran signed with world powers.

The crisis in the Gulf was triggered by US president Donald Trump’s decision to withdraw from the nuclear accord and impose crippling sanctions on Iran. The UK insists it is committed to the atomic agreement and does not support the US sanctions, but it has joined Washington in criticising Tehran’s behaviour.

Iran deemed the seizure of the Grace 1 a hostile act and interpreted it as a sign that the UK was aligning itself more closely with the Trump administration’s position.

Britain this month said it would join a US-led initiative to protect maritime shipping in the Gulf.

Get alerts on Iran when a new story is published