Central bank talk of launching cryptocurrencies is all bluff 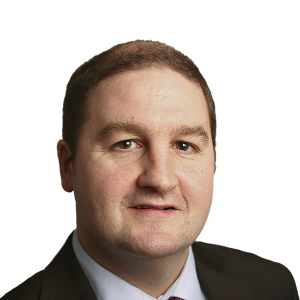 To the untrained eye, several of the world’s top central banks appear to be rushing towards launching their own cryptocurrencies any day now.

There are many reasons why central bankers are intensely interested in the relatively new world of digital currencies, not least Facebook’s plan to launch one called Libra that has the potential to change the way money works.

And there are just as many reasons why these masters of the monetary universe, such as Mark Carney at the Bank of England and Christine Lagarde at the European Central Bank, want to convince commercial bankers they are close to creating their own version of Libra.

Yet, listen carefully to the central bankers, and it soon becomes apparent that all of this talk about launching their own cryptocurrencies is likely to be one big, elaborate bluff.

Ms Lagarde summed up this contradictory position this week when she told the European Parliament that central bank-issued digital currencies were “an area where we have to rush slowly”.

The new ECB president went on to explain: “There is clearly a demand and there is clearly a technology that would support it, but clearly there are also risks for the international monetary system and financial stability at large.”

There is no doubt that the idea of Libra, a digital currency that promises to make payments quicker, cheaper and easier for Facebook’s 2.4bn users, has been a serious wake-up call for central bankers. They worry about all kinds of risks, including its operational robustness, customer protection, money laundering, terrorism finance and data privacy.

But the biggest concern is that Libra has the potential to dilute the main power of central banks — to control the supply of money to the economy.

Benoît Cœuré, the ECB director who led the G7 working group on Libra and other asset backed “stablecoins”, has likened Facebook’s digital currency to an “elephant in the sandbox” — blowing away the “try it and see” approach used until now by regulators to examine nascent financial technology projects. Some politicians, like French finance minister Bruno Le Maire, have warned they could ban Libra.

Faced with such concerns, central banks are moving cautiously. Ms Lagarde said the ECB was conducting a joint research project called Stella with the Bank of Japan to examine the potential of digital currencies. Other central banks were further ahead with equivalent projects of their own, she noted, including Sweden’s Riksbank, the Swiss National Bank and the People’s Bank of China.

She even talked about the possibility of introducing a digital euro that gives every person in the eurozone direct access to an account at the ECB, describing how they could “use central bank money in their daily transactions”. This would mean a dramatic democratisation of access to central bank accounts, which have hitherto been limited to financial institutions.

Such a concept should make commercial bank bosses queasy. If it ever happened, it would mean that in the next financial crisis people could shift their money out of banks and into a digital currency backed by the central bank. A similar flight to safety occurred in the last crisis when stronger banks collected money withdrawn from weaker ones. Remember Northern Rock? And havens do not come much safer than central banks.

Mr Carney at the Bank of England went further in a speech in August by suggesting that a new “synthetic” currency issued by a network of central banks could potentially gradually replace the dominance of the US dollar in international transactions.

So what is going on here? ECB insiders say it has no laboratory working on a digital euro and little intention to create one any time soon. Most of these comments seem designed to jolt the private sector banks into improving the inefficient, costly and time-consuming world of cross-border payments.

Mr Cœuré recently praised an initiative by about 20 large European banks including BNP Paribas and Deutsche Bank to create a new digital payments system — dubbed the Pan European Payment System Initiative, or Pepsi. The idea is to enable instant cashless payments through a European rival to ApplePay in the US and Alipay in China.

In the same speech, Mr Cœuré discussed the possibility of the ECB issuing its own digital currency, saying: “Potential central bank initiatives should not discourage or crowd out private market-led solutions for fast and efficient retail payments in the euro area.”

For all the talk of central banks issuing digital currencies, many of them are secretly hoping the private sector will come up with solutions that make this unnecessary.

Now that the Pepsi project is becoming bogged down with competition authorities in Brussels for being too much of a closed shop, the key question is how long their patience will last.