What a stronger dollar means for the world 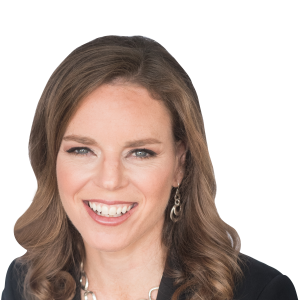 At the turn of the year, weak growth and poor management of the Covid-19 pandemic led to a consensus that the US dollar would weaken significantly in 2021. Instead, it’s been strengthening — a trend with significant implications for the US and the rest of the world.

The twin deficits argument of the 1980s underpins some of the forecasts for dollar depreciation. The budget deficit hit around 15 per cent of GDP in 2020 and is set to balloon further this year. The current account deficit was 3.5 per cent and rising in the fourth quarter of 2020. Investor reluctance to finance $2.8tn in stimulus packages might push up yields on US Treasuries, forcing the Fed to increase QE purchases to bring them back down. The dollar would follow.

Over the long term, the twin deficits should put downward pressure on the dollar, but the very reasons they are rising will overwhelm those structural issues for now. The dollar’s turnround began as the Biden administration pushed through the whole of its $1.9tn American Rescue Plan. At the same time, it significantly ramped up the pace of vaccinations, from about 900,000 a day to almost 3m.

Now the US economy looks set to outperform. According to the OECD, the rescue package alone should add 3 to 4 percentage points to 2021 GDP. Wall Street economists see GDP growth of as much as 8 per cent. That will mean higher sales and profits for American companies, inviting investments by foreigners, who will need dollars.

The usual downside of such government-financed growth is inflation. If investors believe the US has lost fiscal discipline, inflation expectations could become unanchored; bad for stocks, bonds and the dollar. But the stewards of the American economy don’t see a danger. Federal Reserve policymakers say they won’t be applying the brakes anytime soon. Their dot plot this month suggests rates will be near zero until 2024. In a world where other central banks are keeping rates negative, that interest rate differential, small as it is, will be good for the American currency.

New Treasury secretary Janet Yellen has ditched the long-held US “strong dollar” policy, insisting the currency’s value will be “market-determined”. At the same time, she has pledged not to interfere with the market’s determinations. That eases the risk the administration might work to weaken the dollar to help boost exports, which would be helpful in trying to revive the manufacturing sector.

Stronger growth and a stronger currency should boost US imports, generating demand for the rest of the world. The OECD expects the rescue package to add one-quarter to one-half a point to eurozone and Chinese GDP, and even more for Canada and Mexico. This should also serve as a useful safety valve on inflation as the US imports disinflationary pressure.

A higher current account deficit for the US should mean a higher surplus for other countries, particularly in Europe where fiscal stimulus measures are comparatively small. But the maniacal focus of the Trump administration on bilateral trade balances is a thing of the past, and there is little risk that concerns about currency manipulation will come to the fore this year.

A stronger dollar isn’t a benefit to everyone. While faster US growth will provide support to emerging markets’ growth, the IMF says that is significantly mitigated by a strengthening dollar. It pushes down dollar commodity prices, resulting in lower real income and depressed domestic demand for EM commodities exporters. It would also make EM dollar-denominated debt more difficult to service.

An EM sovereign debt crisis could drag on global growth, with negative blowback for the US. As long as US officials keep that in mind, the Biden administration looks set to continue enjoying the dollar’s exorbitant privilege.

Get alerts on US Dollar when a new story is published