Europe is not immune from America’s political madness 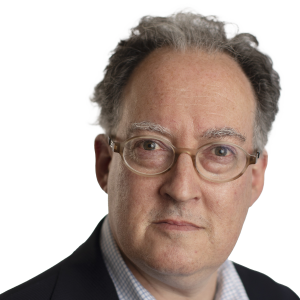 A crowd of far-right activists break through police lines. Cheering and waving flags, they prepare to storm the legislature. In Washington DC, last week, the mob broke through. In Berlin, last August, they were stopped on the steps of the Reichstag. If the demonstrators had broken into the building, they would have found some walls still adorned with carefully preserved graffiti from when the Reichstag was sacked by Russian troops, in 1945.

Germany’s near-miss over the summer, the “gilets jaunes” demonstrations in France and the passions aroused in Britain by Brexit and Covid-19 — all underline the same point. Europeans cannot assume that they are immune to the political passions that have engulfed America. Many of the elements that destabilised the US are also present in Europe — in particular, the spread of conspiracy theories, online radicalisation and extremist political movements.

The crucial missing element is Donald Trump. The fact that America’s conspiracy-theorist in chief is also president makes the country’s situation uniquely dangerous. It was Mr Trump’s efforts to overturn the election that motivated crackpots from all over America to descend on the nation’s capital and storm Congress.

But it would be a mistake for Europeans to believe that the absence of a Trump figure makes them safe from dangerous political unrest — particularly given the economic distress and social dislocation caused by Covid-19. The Reichstag crowds were smaller than those that attacked the Capitol. But they represented a wide cross-section of groups, with the far-right mingling with anti-vaxxers and believers in the QAnon conspiracy theory that is rampant in America (and holds that Mr Trump is leading an effort to defeat a global conspiracy led by paedophiles).

Opinion polls taken afterwards suggested that 9 per cent of the German population supported the Reichstag rioters. This is a narrower base than the far-right enjoys in America, where polls immediately after the storming of Congress suggested nearly half of Republican voters approved — which would be 20-25 per cent of Americans. (Later polls suggested less support.)

Support for the political extremes is closer to 25 per cent in the former East Germany. Officials in Angela Merkel’s government worry that the military, intelligence services and police have been penetrated by the far-right, and some elite military units have been disbanded because of links to political extremism. There have also been several deadly terrorist attacks by far-right extremists.

France also has cause to worry. The gilets jaunes movement, which began in 2018, brought hundreds of thousands on to the streets for demonstrations that frequently spilled over into violence and vandalism. Nonetheless, opinion polls suggested that a majority of the French population sympathised with a diffuse movement, united only by its rage with the country’s governing elite.

France also has the highest levels of anti-vax sentiment in the Europe, with polls suggesting that almost half the population plans to refuse an inoculation against Covid-19. This deep level of suspicion helps to account for the disastrously slow official rollout of vaccines there. Since anti-vaccine sentiment is closely linked to suspicion of science and experts, and to a belief in conspiracy theories, its prevalence in France points to an underlying political malaise. President Emmanuel Macron looked rather haunted when he recorded a special address denouncing the storming of the Capitol.

The nearest Europe has to the American situation, in which conspiracy theorists are actually in charge of a government, is probably Poland. Jaroslaw Kaczynski, the leading figure in the ruling Law and Justice party, has consistently promoted the idea that the Smolensk air disaster, which killed much of the Polish elite, including his brother, was not an accident — but a deliberate plot. The arrival of Law and Justice in power has seen a serious erosion of democratic safeguards in Poland, prompting action from the rest of the EU.

Far-right extremism, stoked up on the internet, led to the murder of Jo Cox, a Labour MP, during Britain’s Brexit campaign. Neil O’Brien, a Conservative MP who has spent much time battling lockdown sceptics online, warns that dangerous political fantasies, including QAnon, are spreading fast in the UK, fuelled by a “combination of social media and mainstream media prepared to flirt with the extremes”. The disorientation of the Covid-19 lockdowns has increased the number of people with little to do but surf the internet for explanations for the crisis — making them susceptible to radicalisation.

Anti-vaxxers have managed to draw thousands of people to Trafalgar Square in London for rallies addressed by the likes of David Icke, who has claimed that he is the son of God and that the world is run by an order of shape-shifting reptiles.

The ludicrous nature of these conspiracy theories makes it tempting to dismiss their exponents as fringe crackpots, who will never have real influence. But, as events in Washington have demonstrated, they can win the adherence of millions of people — and become a danger to democracy.

The rule that what starts in America eventually ends up in Europe is not confined to popular culture and technology. It can also apply in politics.

The Russians did more than sack the Reichstag / From Armen Martirosyan, Ambassador of Armenia to India, New Delhi, India

Get alerts on Populism when a new story is published