We use cookies (opens in new window) for a number of reasons, such as keeping FT Sites reliable and secure, personalising content and ads, providing social media features and to analyse how our Sites are used.
Manage cookies
Accept & continue
Expedia Inc

Facebook wants businesses to adopt bots to communicate with their customers on its Messenger service, in the hope that opening up its artificial intelligence tools to companies will transform industries.

The world’s largest social network launched the Messenger platform on Tuesday, with initial partners including Bank of America, online travel service Expedia and Burger King, the fast-food chain, as well as news organisation such as CNN and Business Insider.

David Marcus, Facebook’s head of Messenger, said bots, AI-powered computer systems that can respond to human requests, had the potential to become a “new paradigm” which would create new companies, in the same way that apps, sensors and GPS services led to the rise of ride-hailing apps such as Uber.

“Traditionally in history when things become a lot easier for people, then it transformed industries,” he told the Financial Times at F8, Facebook’s annual developer conference in San Francisco. “Maybe what we’re starting to build today will enable companies to build experiences of tomorrow that are a lot easier to use.”

The move comes just weeks after Microsoft chief executive Satya Nadella outlined plans to put chatbots at the centre of its future efforts, declaring “bots are the new apps”. Earlier this month, Kik, a Canadian chat app, opened a “bot shop” for apps, where users could find services run by brands such as make-up retailer Sephora.

Facebook Messenger’s 900m monthly users will be able to chat with automated systems to perform simple tasks such as ask for information, submit orders and discuss shipping. They will also be able to communicate with bots run by news organisations, asking for the latest headlines on particular topics, for example.

The social network is betting that people are tiring of downloading a new app for functions they do not use every day and find surfing the mobile web clunky. By deploying bots within Facebook Messenger, people will be able to communicate with companies without having to remember extra usernames and passwords, and with the context of their previous interactions recalled by the software.

Developers looking to create more sophisticated bots with a wider range of functions, can now access Facebook’s Bot Engine, the same technology it is using to develop M, its virtual personal assistant and the company’s long-term bet on artificial intelligence.

The company is also launching a trial to allow marketers to send sponsored messages to existing customers to re-engage with them.

Mr Marcus said Facebook was being “very careful” and setting rules on what advertisers are allowed to do because Messenger is mainly used for one-on-one or small group conversations, is a private space. The company says is does not want to clog it up with corporate mailshots.

“Facebook is controlling the quantity and quality because we want to ensure that what happened to email will never happen to Messenger,” he said.

The new plans are the first signs of the company looking to develop a revenue stream for Messenger, which Facebook has funded with sales from advertising in the main app’s news feed.

Brands will be able to pay to promote their bot in Messenger in the news feed, so people can find it and begin a conversation. Facebook will generate revenue from sponsored messages but the company said it does not intend to take a cut of any transactions made through the Messenger app.

Industries such as news and music have already been disrupted by social media, which has in many cases disintermediated their relationship with customers.

If the new bots are successful, more industries including retail and online travel, could find themselves increasingly dependent on Facebook Messenger.

But Mr Marcus said companies were attracted by Messenger’s huge audience. He gave the example of an airline executive who would be pleased to reach just 10 per cent of his passengers. Messenger could enable the company to reach about 80 per cent without as much investment in its own app.

“The reach and richness of the experience is extremely appealing to businesses,” he said. 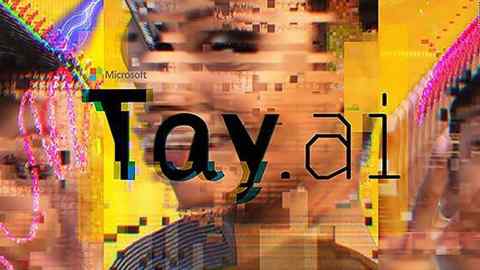 Brian Blau, an analyst at technology research firm Gartner, said businesses were nowhere near as technologically advanced as Facebook is pushing them to be, with some just making the move from paper to digital or engaging in their first experiments with mobile.

“There are some brands on the edge that like to use the latest technology and have no problem,” he said, adding these were often action sports, drinks or travel brands. But “99.9 per cent of the rest of the businesses on the planet are all behind”.

As companies struggle to keep up with the pace of change in social media, they have to rely on platforms such as Facebook because they cannot build their own artificial intelligence or virtual reality, he said.

“It is a risky situation for businesses to be in but then, what choice do they have?” he asked.

Get alerts on Expedia Inc when a new story is published