The Financial Conduct Authority is looking into potential breaches of competition law after a consultation revealed that benchmark index prices have been increasing.

The UK financial watchdog’s decision to launch an investigation into index providers’ business practices was prompted by concerns that “competition may not be working well in the provision of benchmarks”.

Benchmarks are used by asset managers and other financial services firms as a reference for index-tracking funds, and to evaluate active managers’ performance.

However, “competition problems may be causing users to pay prices above the competitive level, which potentially can translate into higher costs for end investors”, the regulator said.

According to the respondents to an FCA’s consultation, multiple barriers to switching between benchmarks exist and the complexity of licensing terms makes it difficult to compare different index providers’ offers.

The regulator laid out its plans to probe index providers last week in a feedback statement on accessing and using wholesale data, including benchmarks, market and trading data.

The FCA will launch a market study on competition between benchmarks in the summer, including how benchmarks are priced, their contractual terms and barriers to switching.

The study will, “where appropriate, address the potential harms [the FCA has] identified”.

In addition, the regulator “will be further considering” what it has been told about benchmarks and other data providers’ possible breaches of competition law, and it will “follow up with individual firms where appropriate”.

Practices that could restrict competition include “very high pricing by a dominant firm”, as well as “tying the sale of one product to the purchase of another product”.

“There may be a lack of competitive pressure on benchmark administrators, which allows them to offer products of low quality or that do not meet users’ needs, such as offering a bundle of benchmarks when the user needs only one or a few benchmarks,” the FCA said.

Industry figures have complained that the largest index providers have a “stranglehold” on the market, which is keeping licensing costs higher for asset managers and limiting further passive fund fee cuts.

Benchmark providers responding to the FCA’s consultation told the regulator that “it is important that the pricing of benchmarks supports a sustainable benchmark business and reflects the investments providers make in innovation”.

Index providers also said that competition between them was “fierce” and that low barriers to entry were resulting in “smaller providers offering comparable benchmarks have been gaining market share (especially offering ESG products)”.

The FCA’s feedback statement also revealed that the regulator had commissioned research on the nature and scale of alternative data usage and data analytics in order to get “a better understanding of both the competition and broader regulatory risks and benefits that could emerge”.

In addition to “positive developments” with the use of advanced analytics, there were also “potential competition harms and regulatory risks” as the alternative data and advanced analytics market became more developed, the FCA said.

*Ignites Europe is a news service published by FT Specialist for professionals working in the asset management industry. It covers everything from new product launches to regulations and industry trends. Trials and subscriptions are available at igniteseurope.com. 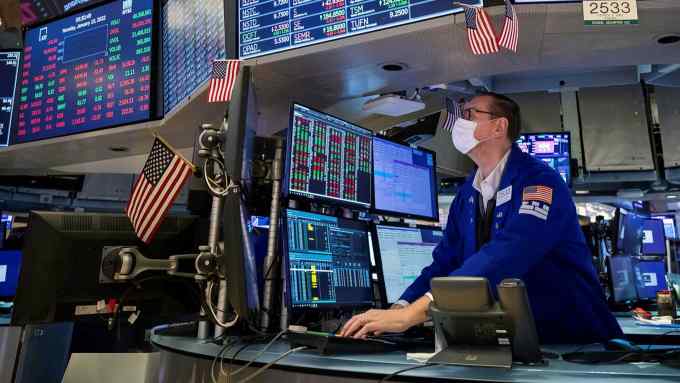