The prospects for low-paid workers are improving as the UK economy reopens, but a higher minimum wage will not be enough to secure their living standards, the Resolution Foundation said in a report published on Monday.

The think-tank, which has tracked the prevalence of low pay in Britain for more than a decade, said the share of employees earning less than two-thirds of the hourly median fell to 14 per cent in 2020, down from 21 per cent in 2015, when the government stepped up the pace of annual increases.

However, the last year’s apparent improvement may be partly because job losses since the start of the pandemic have been concentrated among low paid workers. They have been far more likely than those higher up the pay scale to lose their job, be placed on furlough or suffer cuts to their hours and earnings — and this remained true in March 2021, the think-tank said.

Now, though, they are also the group to be returning to work fastest. Administrative data show that the number of jobs supported through the government’s furlough scheme fell by 1.8m between January and the end of April, to stand at 3.4 million at the end of that month.

Although chancellor Rishi Sunak extended the furlough scheme to the end of September, almost a million workers came off furlough in April alone, more than half of them employees in hospitality, leisure or retail — the three biggest sectors where low pay is prevalent. Survey data suggests most of those leaving furlough have returned either to their previous job, or to a new one — with a relatively small proportion falling out of work.

But he warned that policymakers could not rely on a rapid economic rebound, coupled with continued increases in the minimum wage, to support pay and working conditions.

Despite a pick-up in hiring, with reports of staff shortages in certain sectors, unemployment is still likely to rise over the next few months as the furlough scheme ends, the Resolution Foundation said. This would have consequences even for those still in work, since employees are less able to assert their rights in a weak labour market.

“Policymakers must look beyond the minimum wage — to job security and labour market regulation — for ways to ensure its recovery benefits low paid workers,” the report said. 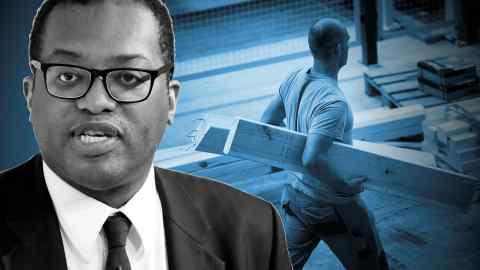 The government has committed to end low pay, defined as pay below two-thirds of the hourly median, by the middle of the decade. However, the think-tank noted that a higher hourly minimum wage had made little difference to the prevalence of low weekly pay — a better measure of living standards. This suggests that the problem is increasingly one of short hours, underemployment and insecurity.

A much-delayed employment bill, when eventually brought forward, should include a new right to regular hours reflecting workers’ normal working pattern, along with compensation for last-minute changes to shifts, the think-tank said.

It also called for tougher penalties for underpayment of the minimum wage, and more resources for a new single enforcement body — merging existing institutions — to police labour market rights, including basic entitlements to holiday pay and workplace pensions.