We use cookies (opens in new window) for a number of reasons, such as keeping FT Sites reliable and secure, personalising content and ads, providing social media features and to analyse how our Sites are used.
Manage cookies
Accept & continue
Special Report Workplace diversity & equality

Essay winner: Despite slow progress, women will exert influence in the next decade

This year we asked entrants to discuss whether women would be able to shape business over the coming decade. The prize is a fully funded place on Henley Business School’s executive MBA course. Ivana Vasic Chalmers’ edited winning essay is below.

It is 150 years since John Stuart Mill petitioned the UK parliament to give women the right to vote, yet it took more than 60 years for his request to become a reality. The pace of progress on gender parity has always been slow.

The share of senior positions held by women at UK companies has nudged up only slightly — from 18 to 22 per cent — since 2004, says Grant Thornton, the professional services company. Charities are not faring much better. It will take until 2050 to close the gender pay gap in UK higher education if progress continues at the rate of the past decade, says the University and College Union.

But despite the slow speed of progress, women can be influential and bring about change in business in the next decade. The overwhelming signs are that advancing women’s careers is good for business.

The British Chambers of Commerce has credited the involvement of women on boards with better innovation, while in 2009 the American Sociological Review published a case study showing that female participation on boards improved sales revenue and profit margins. Elsewhere, a 2012 study by Zenger Folkman, the executive coaching company, showed that female participation improves customer satisfaction. The evidence is mounting.

Women are more likely to consider social, ethical and environmental effects of business, as academics, Jessica Kennedy of Vanderbilt University and Laura Kray of Berkeley found in a 2013 study. As a result, women are geared to address future customer demands better. Companies that encourage female participation will reap the rewards as environmentally friendly goods and services — as well as responsible business models — become more important to long-term corporate success.

Skills prevalent in female managers such as relationship building, facilitation and empowering others increasingly form the values of forward-looking organisations, as was highlighted in a study published in the Journal of Management Development study in 1999. Looking at “female” characteristics in this way may perpetuate implicit gender bias but it also helps to demonstrate the shift away from male-dominated thinking in business.

Furthermore, female entrepreneurs are becoming a more dominant force. In 2013 the Office for National Statistics found that during the UK recession 80 per cent of the newly self-employed were women, many of them turning to private ventures to balance responsibilities at home and work. Royal Bank of Scotland estimates that boosting female entrepreneurship could add £60bn to the UK economy.

The Global Entrepreneurship Monitor, an annual study launched by Babson College in the US and London Business School, has reached the conclusion that entrepreneurship training and access to female role models improved both participation and success in entrepreneurial ventures. Increasing this kind of support could change future business models in a noteworthy manner.

Women will also contribute substantially to innovation. The British Chambers of Commerce noted that businesses run by women were more likely to launch a new product or service and to harness the benefits of technology to do so. It also found that women were nearly three times as likely to collaborate with research institutions than men. Increasing numbers of women in business will shift business models to be more responsive, customer-driven and tailor products and services to the expectations of future generations.

Notwithstanding this progress, things are not changing at the same pace across the globe. Even in relatively equal societies significant gender gaps remain.

Women are still at a disadvantage to some extent in every country in the world, according to the International Organisation Foundation. A McKinsey report from last year found that women were responsible for 75 per cent of the world’s total unpaid work, including household chores and childcare. Women form two-thirds of the world’s illiterate population and have less access to internet and mobile phones than men. 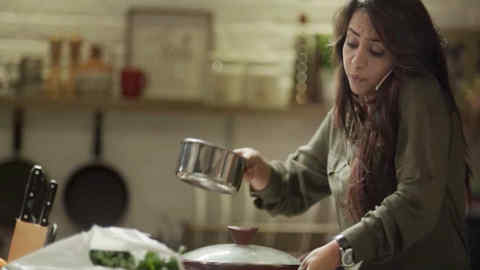 Social norms influence gender equality and are not easily changed. The World Bank’s 2012 World Development Report argued that cultural shifts brought about by increased access to information and technology have resulted in more equality in the household and a rise of women’s status.

Yet analysis by the US Pew Research Center conducted in 2013 showed that even when a wife earns more than her husband, couples still maintain stereotypical roles in which wives take on the larger share of household chores and childcare.

More work is required and not all of it will be simple. But in the coming decade more businesses will realise that successful women are good for business. This will quicken the pace towards gender parity.