The show, which features 20 works at Rockefeller Center, represents a strategic attempt by the fair to become more accessible

Visitors to Rockefeller Center in Manhattan this week are greeted by a monumental head of a woman covering her eyes with her hands — the universal gesture for I just can’t look any more. Cast in white resin by the sculptor Jaume Plensa, “Behind the Walls” is one of 20 works planted in and around Rockefeller Center for Frieze Sculpture, a free and public arm of the Frieze art fair held annually on Randall’s Island.

“It’s kind of the way that I feel every morning,” says Frieze Sculpture curator Brett Littman. “You put your hands over your eyes and you go, ‘I can’t believe we’re going to have to deal with another day like this.’ ”

Running until the end of June, Frieze Sculpture includes works by artists including Plensa, Nick Cave and Ibrahim Mahama, scattered throughout Rockefeller Center in an arrangement meant to appeal equally to casual strollers and planned visitors. At 30 feet tall, Plensa’s is the most arresting.

“It is a very direct piece,” says Plensa. “Many times we are blinding ourselves with our hands to be in a more comfortable position.” On a personal level, he hopes the sculpture will function like a “mirror”, in which “you can look inside and think about your opinions, your attitudes, what you are doing in your own life.” But it is also intended to provoke questions about the function of exclusion and walls on a global scale. “Everyone wants to protect themselves,” he says, against people “that we consider strangers”.

Frieze Sculpture has been a successful part of Frieze’s London fair since 2005, but this is the first time it has opened in another city. It represents a strategic attempt to make the fair more accessible, literally and figuratively. Randall’s Island, though technically in Manhattan, is sometimes seen as far-flung: a 2012 article in the New York Observer about the fair’s inaugural New York edition was titled, “Frieze Art Fair Is Coming to Randall’s Island! So How the Hell Do You Get There?” and featured the journalist’s Dantesque on-foot journey from the mainland.

“Coming to an art fair is very intentional,” says Victoria Siddall, director of the Frieze fairs. “You have to know that you’re interested in art and that you’re going to buy a ticket and you’re going to come and see it on that day. And so one of the things that’s beautiful about the sculpture exhibit is that people will stumble across it.”

Frieze Sculpture is “an opportunity for us to make some contribution to the city and do something that is free and outdoors for everybody,” she adds. “The fair only lasts for five days and we sell out of tickets, so only a limited number of people can see it. Whereas this feels much more open and free, and a lot more people can potentially benefit.”

Although the exhibition has no official theme, many of the works reflect on speech, power and inequality. A sculpture by Cave shows a raised fist emerging from the base of an old-style gramophone horn. The artist Hank Willis Thomas has created large comic-book-style speech bubbles, through which “News”, Isamu Noguchi’s iconic 1940 stainless steel relief celebrating journalism, from when Rockefeller Center was home to the Associated Press, is visible.

The speech bubbles are also, naturally, very Instagrammable: “I did think a lot about how to create photo moments,” says Littman.

Littman also makes use of Rockefeller Center’s most iconic features: the colourful flags that ordinarily ring the ice skating rink are replaced with jute sacks, which are used to carry produce in Ghana, the home country of the artist Ibrahim Mahama, whose work reflects generally on trade, labour and global capitalism.

Quieter, less obviously political works also abound: in a small courtyard between planters, Kiki Smith’s “Rest Upon” shows a lamb resting on top of a sleeping girl. Smith is one of only four women represented in Frieze Sculpture; Littman says he hopes to do better in 2020.

Frieze Sculpture will return to Rockefeller Center next year, says Loring Randolph, the artistic director of Frieze for the Americas, as a part of ongoing attempts to make the fair’s presence felt in central Manhattan. These projects include Frieze Academy, a series of summits and conferences and “smaller initiatives that will align us with the artistic community here in a way that benefits the community”, according to Randolph. But Frieze Sculpture represents the most ambitious effort to date. New York, she says, “is still the epicentre of what happens in the art world, and I think the fair and our presence here has to reflect that.”

Frieze Sculpture is at Rockefeller Center to June 28, frieze.com 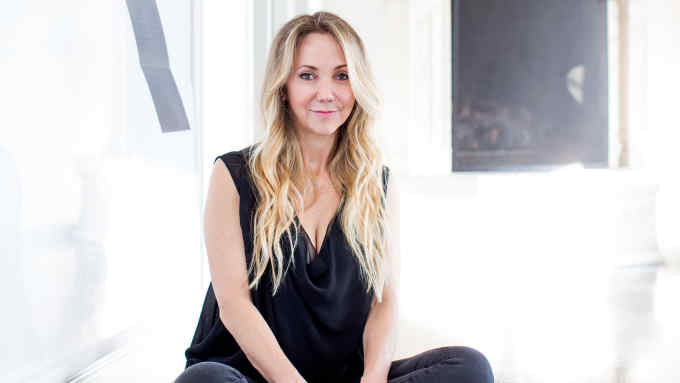