The UK played a leading role in creating the post-second world war architecture of multilateral institutions, including the UN. And it has always been a pre-eminent supporter of multilateral action to tackle global poverty, conflict and humanitarian crises.

In 2013, the UK became the only G7 country to commit to 0.7 per cent of gross national income (GNI) in aid, as the UK sought to promote a “golden thread” of stable government, human rights, rule of law and transparency in global governance.

Sceptics, however, question the sincerity of the UK’s multilateral commitments, most recently in light of the decision — voted through by MPs this week — to “temporarily” reduce the aid commitment to 0.5 per cent of GNI.

The UK’s commitment to 0.7 per cent had been widely acclaimed, and public support for international development was actually on the increase. So the government should seek to ensure that its aid pledge is soon returned to 0.7 per cent of GNI and is applied in ways that are most likely to be both effective and popular, complemented by multilateral diplomacy. This could be the basis for a new and powerful vision for Global Britain.

The UK’s recent Integrated Review identifies intellectual and human capital as the major sources of the country’s “soft power”, rooted in the UK’s values, democracy and reputation for openness and innovation. Global Britain’s great soft power status is also bolstered by its extensive network of diplomatic missions in 178 countries and territories. Global Britain can harness this tremendous soft power to position itself as the pre-eminent world leader and development partner, committed to the global fight against poverty.

Effective leadership in humanitarian and development assistance, plus a stepping up of multilateralist diplomacy, and a focus on human security could form the building blocks of an exciting and radical new vision for a post-Brexit, post-pandemic, Global Britain.

Global Britain can harness this tremendous soft power to position itself as the pre-eminent world leader and development partner, committed to the global fight against poverty

The pandemic, the climate crisis, terrorism, global poverty and inequality show that we need a multilateral approach to “problems without borders”.

With its historic legacy, its role as a permanent member of the UN Security Council, and its record as a development partner, Global Britain is ideally placed to lead a renaissance of multilateral action to address today’s global challenges.

In 2021, the UK has a special opportunity to provide such leadership through the G7, the G20, COP26, the Global Education Summit, and the Food Systems and Nutrition for Growth summits.

Here, then, is a four-point agenda for Global Britain as a multilateralist global soft power:

Kul Chandra Gautam is a former deputy executive director of Unicef and assistant secretary-general of the UN.

He is author of ‘Global Citizen from Gulmi: My Journey from the Hills of Nepal to the Halls of United Nations’.

Read his full essay on the Unicef website, here

Get alerts on Foreign aid when a new story is published 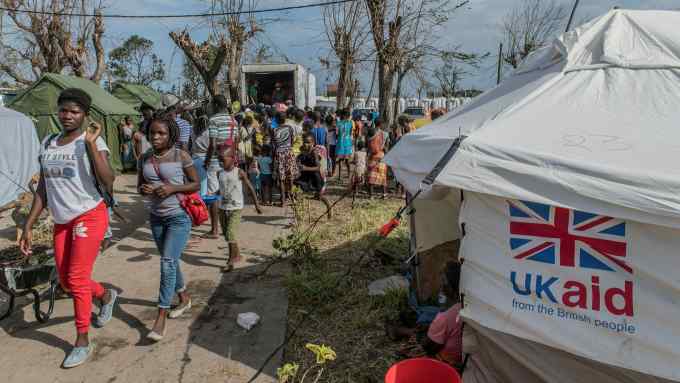