Banks find a use for blockchain: cross border payments

Finally banks may have found a problem that blockchain is able to solve now and at scale: cross border currency transfers.

The banking sector has seen years of overhype and experimentation surrounding distributed ledger technology, but one project led by JPMorgan Chase, the Interbank Information Network (IIN), is quietly producing results at scale.

The IIN is essentially a more efficient way for participating banks to transfer US dollars across borders and institutions. Its elevator pitch is that problematic payments, which are currently being held up for as much as two days for compliance issues or to resolve errors, could go through almost instantly under the new system.

The network does not have the wow factor of other fintech innovations like chatbots and robot traders, but its obscurity does not detract from its significance. A success would buoy spirits in an industry that has spent $1.7bn on blockchain projects which have yet to meet banks’ “lofty expectations”, according to analysts at market intelligence advisory Greenwich Associates.

“Certainly from a size of ecosystem perspective and starting to do something in production, having [so many] banks [participate] and some of the world’s biggest banks is a big deal,” says David Treat, head of Accenture’s capital markets blockchain practice.

Until the end of 2017 “everything was experimental and prototypes, production was something small and safe in the corner,” he says. “What we’ve seen this year is a move to real life production. And now the first of to those ecosystems is taking on real life use cases.”

Mr Treat hints that while the IIN is out on its own now as the industry’s only blockchain project of scale, it will not enjoy that status for long. “More and more proof points are coming out that are building confidence among leaders in this industry, that we’re actually at the point where real value is going to happen,” he adds.

There is still an open debate on what “real value” is. Blockchain’s early evangelists saw the technology’s potential for greatly reducing banks’ costs by eliminating manual reconciliation work and other labour intensive database tasks.

Banks do not expect IIN to generate significant savings, however, either now or in the future.

“Blockchain is frankly a great technology, however, I’m not sure that the initial hypothesis that everyone had about saving significant sums of money is where you’ll see a lot of the new products being developed,” says Umar Farooq, head of blockchain at JPMorgan. “It will be much more about doing things that could not be done without blockchain technology, creating new products . . . When you look at it purely as an expense saving mechanism that limits the potential of the technology.’

Instead of fixating on costs, JPMorgan has spoken about the potential for IIN to help banks fend off competition from fintech starts up which have exploited inefficiencies in cross border payments to offer cheaper and faster solutions.

Whether IIN can become big enough to do that, and to have any sort of real impact in the marketplace, remains to be seen. JPMorgan estimates that IIN will handle more than 300,000 transactions a day, a relatively small number when compared with the 14.5m cross-border payments processed through the Swift system daily.

The number of transactions grows exponentially as new banks join IIN. The network is growing fast, and now has more than 100 members. The dynamic between the IIN and fintech is an interesting one. For years, banks have been insisting that fintechs are friends not foes and Mr Treat says that spirit still generally holds.

In the case of IIN, however, fintechs had minimal involvement in the network’s development, and the project’s objectives include protecting market share which fintechs, such as Transferwise and Revolut are targeting.

“If a fintech takes an aggressive stance against a bank and it’s not a two way partnership, sure, there’s massive competition and a very tough road,” says Mr Treat. “There are more (bank/fintech relationships) that are actually flourishing . . . than where there’s outward competition.”

Mr Farooq says that while fintechs were “not currently involved directly” in the IIN, “we actively participate with fintechs across all parts of the bank”.

Inefficiency in banks’ legacy payment systems is arguably one of the tougher problems for a third party fintech to address, since the solution requires an intimate knowledge of the problems, which most fintech outsiders simply would not have. The next big blockchain effort might be a more collaborative venture across the banks to fintech divide. 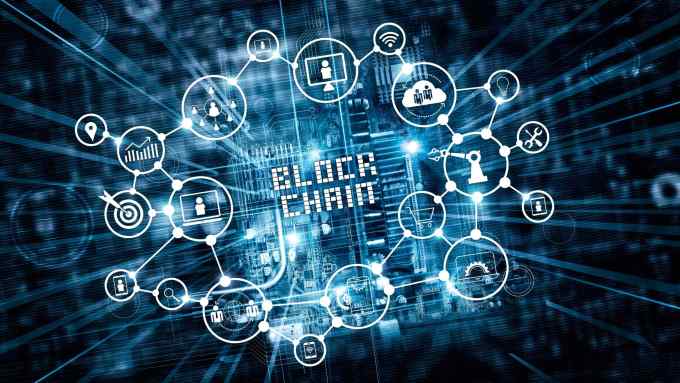