The difficulty with the EU’s sustainable investment rules 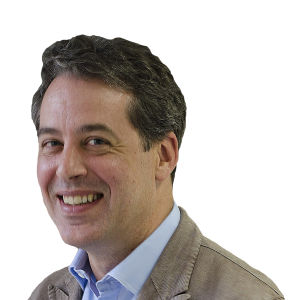 Here is a heartwarming story that appears to show how so-called impact investors can do social good and also make pots of money in the process.

So let’s set the scene. It is 2007 and a former England international squash player, John Treharne, has a mission. He wants to spread the middle-class cult of fitness and wellbeing to those without the incomes to pay fat monthly subscriptions.

The result is Gym Group, a low-cost fitness club operator which you can join online, has no membership contract, and whose gyms are open 24 hours a day.

The concept wins support from Bridges Group, a venture capital firm set up by the private equity mogul Sir Ronald Cohen, which specialises in making socially-valuable investments in start-up ventures.

How does Gym Group qualify as an impact investment? Well it all hangs on the classification of such ventures. Bridges takes its cue from the UN’s “sustainable development goals”, which include the promotion of “good health and well being”. As low-cost gyms spread this benefit to a wider, less prosperous demographic, the rubber stamp quickly hits the investment proposal.

The chain flourishes and eight years later, Gym Group is floated on the stock market, allowing Bridges to sell out, making six times its cash.

Investors such as Bridges are far from alone in lumping “socially valuable” projects into simple buckets to decide on their worthiness. The EU recently embarked on its own exercise, creating a so-called “taxonomy” for “sustainable” investments. The aim is to channel investors’ capital towards genuinely green projects, and thus prevent “greenwashing”, where cynical promoters mislabel investments and corporate schemes.

This isn’t a simple exercise politically. Member states have been scrapping fiercely over whether the taxonomy should include nuclear power and “transition” energy sources such as gas (ie ones that can bridge from polluting coal to a low-carbon future). France, which derives the majority of its electricity from atomic sources, insists that technology should be included. Germany, which hates nuclear, wants to lump in gas instead.

But a bigger question is whether the whole approach is productive as a way of allocating what should be “concessionary” capital (meaning capital that accepts sub-market returns in exchange for social impact). The idea behind social-value investing ought to be, after all, to encourage things that would not happen otherwise. Sustainable or green investments wouldn’t require a “taxonomy” in the first place if they produced superior returns.

At the same time, it’s obvious that investment funds and companies are human. They know it will be easier to attract capital for projects if they offer both to do good and to deliver at least market rewards.

Back to our example of Gym Group, which Bridges supported. It is hard to make the case that this only occurred because social-impact capital backed it. Not only had similar commercial low-cost gym businesses already been founded in the US and Germany, but a UK rival backed by conventional private equity, Pure Gym, was founded around the same time, and this went on to deliver almost identical performance.

That is not to say that Bridges failed to do well for its investors. By moving early into an untapped market niche, it was able to secure handsome returns, while also making them feel, well, pretty good about doing “good”. It is just that securing such an outcome should not be the fundamental aim of impact investing in the first place.

Indeed, the pursuit of market returns actually defeats the whole purpose. “If you invest in a socially-beneficial company offering [such] returns, then you will likely merely displace a socially-neutral investor,” says a report from Founders Pledge, a body that encourages charitable giving by successful entrepreneurs.

Whatever the returns delivered, nothing of social value has been achieved that would not have happened anyway.

Creating classifications of social worth, or taxonomies of green-ness, may make people feel virtuous. But it has two big difficulties. The first is definitional: how do you construct a list that isn’t capable of being gamed or delivering unintended consequences? The continuing EU political horse-trading suggests the green taxonomy could end up being one giant messy fudge.

The second is more fundamental and reflects the fact that most investors continue to seek market returns and remain socially-neutral, whatever PR materials they may pump out. So as those investors who are socially-concerned buy green investments, thus driving up their value, socially neutral investors will simply sell those same stocks (to them, overvalued), meaning the net effect is zero.

Impact investments that really make a difference involve those that make them accepting sub-market outcomes.

Until significant numbers do this, the impact on the climate will be slight.