Women do not win when women lead 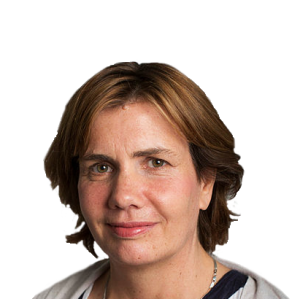 The online news site BuzzFeed ran a funny post last week on what the media would say if it applied its coverage of Samantha Cameron to new prime minister Theresa May’s husband.

Would they point out that Philip May is “show[ing] off his tiny waist” in a navy blue two-piece? Would they applaud him for “bringing trousers to the forefront of fashion”? They might say that, with his “enviable looks and lifestyle”, he “has it all”.

Certainly, while the tabloids speculate as to whether Mr May should “give up his day job”, “no detail would be spared in the event he gets whisked away for his birthday,” BuzzFeed said. The piece points to the gulf that exists despite decades of advances by women in a world still largely ruled by men.

But asked by a friend if I was enthused by the prospect of a tranche of female leaders holding power — Angela Merkel in Germany, Mrs May in the UK and potentially Hillary Clinton in the US — my answer was “not especially”.

There are three theories that back my scepticism as to whether a few women at the top will blaze a trail for our daughters to follow.

The first is the “glass cliff”, the idea that women are only put in power in situations of disastrous hideousness. Drafted in as crisis managers, they are set up to fail, confirming suspicions that they were not suitable leaders. In the wake of Brexit, Mrs May’s promotion seems to support this theory.

The second is a study of chief executives and diversity which has shown that the existence of a few trailblazers has allowed companies and political parties to become lazier — rather than more energetic — in promoting women.

Richie Zweigenhaft, the study’s author and professor of psychology at Guilford College in North Carolina, says one of the “ironic effects” of the past rise in numbers of women at the top may be that the “heyday of diversity has come and gone”. His study found that the number of white women, African Americans, Latinos and Asian Americans appointed as the chief executives of Fortune 500 companies declined sharply last year. Now that a few women have made it to the top, there appears less, not more, pressure on boards to appoint them.

The third reason is that there are few signs yet that women in top jobs are breaking the mould. In the west, much of the gender discrimination is subtle: an instinctive reluctance to recognise that women with a light smile and a small stride can also be intellectual heavyweights and deserve the pay of their male counterparts. The effect is psychological — a persistent wear on the psyche that limits men’s expectations of women and women’s own ambitions.

In order to get to the top, women have had to behave in ways that “did not make the white men in power uncomfortable”, Mr Zweigenhaft’s study found. This involved mimicking their male colleagues’ ways and holding “perspectives and values that were not markedly different from their white male counterparts”.

As Carly Fiorina, former chief executive of Hewlett-Packard, and Margaret Thatcher, the UK’s only other female prime minister, have shown, the mere fact that a woman is in charge does not guarantee policy or cultural changes that will benefit women. For most women, there remain too many economic and structural barriers.

Where women or minorities have made progress, it has been because of pressure from the bottom up, “not the sudden enlightenment of those at the top”, says Mr Zweigenhaft. Women only won the vote in the UK after suffragettes were imprisoned. The equal pay act in the UK was signed following a strike by women who sewed car seat covers at the Ford factory in east London.

In which case, the best way to get our daughters to break into positions traditionally dominated by men is to fight for what women, and increasing numbers of men, want — flexible working, free childcare and equal pay.

Ms Merkel, Mrs Clinton and Mrs May could save us the trouble of campaigning by demanding legislative reform — paving the way for real equality for our daughters and enabling a fair competition for positions of power. But despite some well-meaning steps, Ms Merkel has not yet delivered this. Though it would be pleasing to be proved wrong, it is unlikely that Mrs May and Mrs Clinton will either.