Only 17 per cent of prospective business education students say finances have no impact on their decision to study, according to a report published last year by the Graduate Management Admission Council, the MBA entrance exam administrator.

Funding pressure has increased for many students as, for many years, tuition fee rises have outpaced inflation. Where once scholarships might have been enough, the increase in fees is pushing students to seek out novel ways to fund their course. It is also encouraging fintechs to enter the market for postgraduate loans and funding.

In 2016, just four US business schools advised applicants to their full-time MBA degrees to set aside more than $200,000 to complete their studies. Now, a dozen institutions suggest this financial target for MBA students.

The proportion of prospective MBA students who felt they would be able to pay their fees in full fell from 42 per cent in 2019 to 38 per cent this year, according to an annual survey by education research company CarringtonCrisp. Most concerning of all, 19 per cent of this year’s respondents said they did not know how they would foot the bill, up from 15 per cent in 2019.

“It may be a message for the schools,” says Andrew Crisp, co-founder of CarringtonCrisp. He notes the rising cost of MBAs has outstripped salary increases.

Gabriela Rodrigues, who moved from Brazil to Germany to study at ESMT Berlin in 2018, says the postgraduate loan market is ripe for disruption and tried this herself. “I think it is something about my generation, which prefers to do things online and is open to new service providers.”

The high fees demanded by her conventional bank encouraged Rodrigues to turn to Prodigy Finance, a specialist lender for postgraduate international students.

I think it is something about my generation, which likes to do things online and is open to new service providers

Prodigy Finance, which is authorised by the UK’s Financial Services Authority, offers loans for studying at more than 670 business schools. Its application process is online and loans do not require security or a co-signer, a particular advantage for international students who often need the support of a citizen from their country of study.

The loan was not enough to cover all Rodrigues’s costs and she relied heavily on savings and moved her cash across the world by buying and selling bitcoin. She saved up to 10 per cent of the first installment of her fees by avoiding foreign exchange fees, by her calculations.

Rodrigues no longer recommends this option. Buying and selling digital currencies took longer than she expected, causing her to miss some payment deadlines. It is also far riskier now, she says: “I was lucky because I got in before the boom.” Rodrigues adds that merit-based scholarships are a more viable option to reduce MBA costs.

Away from postgraduate study loans, London-based fintech EdAid is capitalising on a relatively new funding model, deferred tuition. In this model the education provider allows students to repay fees after they graduate. The provider charges interest, but repayments start only once a student earns a certain level of income.

While the university shoulders the financial risk, EdAid administers the students’ repayments as an FCA-approved third party. It also helps to sift and attract candidates for business schools.

Launched in 2015, EdAid has already reached profitability. According to Tom Woolf, the founder and chief executive, this is because the company does not have to raise capital to back loans. 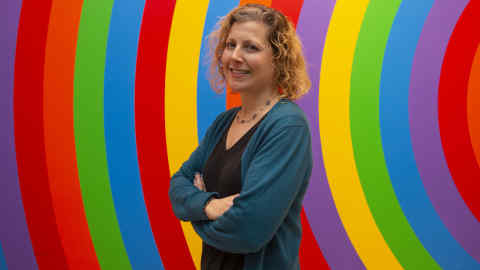 Deferred tuition benefits both schools and students. It helps institutions attract students who may otherwise have been deterred by the cost of study. Likewise, students are reassured that they only pay if they earn enough money to do so, Woolf notes.

The risk associated with the model does mean business schools are unlikely to offer deferred tuition to students committed to entering sectors that tend to pay less, reducing the possible pool of beneficiaries.

Even top business students may struggle with repayments. “We calculated that 10-15 per cent of high-performing students on top courses would not be able to pay enough after graduation to be given deferred tuition,” says Woolf.

With finance hard to come by, some students are looking closer to home for support. An increasingly common way to fund a degree is the bank of mum and dad, says Chioma Isiadinso, founder and chief executive of business school admissions consultancy Expartus.

“Applicants are relying less on traditional loans and more on personal sources such as family loans and their own savings,” Isiadinso says. “The general consensus remains among MBA applicants that business school is a worthwhile investment.”

EdAid’s Woolf says that he is not in a rush to grow his business quickly at the expense of financial stability. This is perhaps a sign of his confidence in the market, and a belief that financial support for MBA students is going to be a challenge that will require help from companies such as his for many years to come.