When Lilian von Trapp established her eponymous brand, to craft fine jewellery from 14ct recycled gold, she faced a misconception among consumers: recycled gold was not as good as new. “People were really questioning the quality of it,” she says.

Five years on, thanks to increased awareness of sustainable gold, that is no longer the case. Nowadays, says the German designer, consumers seek jewellery made from recycled materials, particularly for more valuable, “meaningful” pieces. Von Trapp says her turnover grew 35 per cent between 2019 and 2021.

Recycled gold accounted for 28 per cent of the total global gold supply of 4,633 tonnes in 2020, according to the World Gold Council. The organisation does not track the destination of this recycled metal, 90 per cent of which comes from jewellery and the remainder from electronics.

However, jewellers, which have traditionally reused gold in their workshops to varying extents because of its value, are increasingly committing to the widespread use of recycled gold.

Annoushka’s new bridal category, Love and Commitment, launching next month, is the UK brand’s first collection made from 100 per cent recycled gold.

And Pandora, the world’s largest jewellery manufacturer by production volume, announced in June last year that, by 2025, all gold and silver used in its pieces would be recycled. Chief executive Alexander Lacik says the decision resulted from the Danish company’s desire to be “a good corporate citizen”, rather than for “any revenue windfall”. 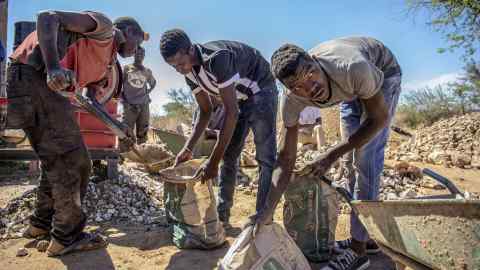 He thinks the use of recycled metal is “not a major driver” in jewellery purchases, although it may be in future. “It could have a bearing on brand or company choice, and the younger you go into the generations — if you go to Gen-Zs or the younger millennials — the stated interest is higher maybe than older generations,” he says.

“Now, whether that stated [interest] actually translates into an actual purchase, we don’t have any solid evidence thereof.”

Twenty-seven per cent of visitors to the website of London-based jeweller Emefa Cole, which uses 100 per cent recycled gold, are aged 18 to 24 and a third are aged 25 to 34, the company says.

Fellow UK brand Monica Vinader switched to 100 per cent recycled silver in April 2020 and its gold vermeil is also certified 100 per cent recycled as of last month. The company only works with members of the standard-setting Responsible Jewellery Council but wants to go further and pinpoint the source of its recycled old, used in 10 per cent of its jewellery. “Moving to recycled gold vermeil is a step, but it’s not as a good as it can be, so we are now talking about the Fairmined element that we want to layer on to this,” says Monica Vinader, cofounder and chief executive.

In addition to its existing lifetime repair service, the company introduced a UK scheme in June 2020 to recycle customers’ gold and silver jewellery from any brand in return for a £20 credit voucher. It received 800 pieces in the first eight months, which it sold to a bullion dealer for recycling.

Brazilian jeweller Ara Vartanian is also encouraging clients to bring him unloved gold jewellery in exchange for credit that is worth 5-10 per cent more than the market value of the gold. The jewellery is melted and purified by another company into 24ct gold bars, which Vartanian uses to create new designs. Thanks to the scheme, 74 per cent of the gold Vartanian used last year was recycled, up from 39 per cent in 2019, he says.

Vartanian, who is also working with his supplier of mined gold to identify the provenance of that material, will only use recycled gold from his clients, so he knows its origin.

Boodles has put on hold its first collection using recycled gold, planned for this autumn, for “reasons connected to responsible sourcing”, according to James Amos, marketing director. The UK jeweller is using Single Mine Origin gold — where each gramme can be traced from its extraction in Mali to the retailer — in all its jewellery. “We are committed to SMO gold for now, but if we have 100 per cent belief in the traceability of recycled gold in the future, then I’m sure we could look at a balance between the two,” says Amos.

The London Bullion Market Association, which accredits gold refiners, said in its first annual Responsible Sourcing Report last year that “recycled gold due diligence may vary significantly over the wide range of suppliers and materials that are commonly received and processed”. It has recommended international bullion centres focus on the responsible sourcing of recycled gold in an attempt to advance standards.

Amos does not think recycled gold will totally replace mining. “If the whole world turns against gold mining, then it will affect the communities [whose] very livelihoods depend on gold mining, so it’s a tricky balance, really,” he says.

Vinader also acknowledges the complexity of the issue, although she thinks gold recycling will “become the norm” in jewellery. “There isn’t a one-size-fits-all solution,” she says. 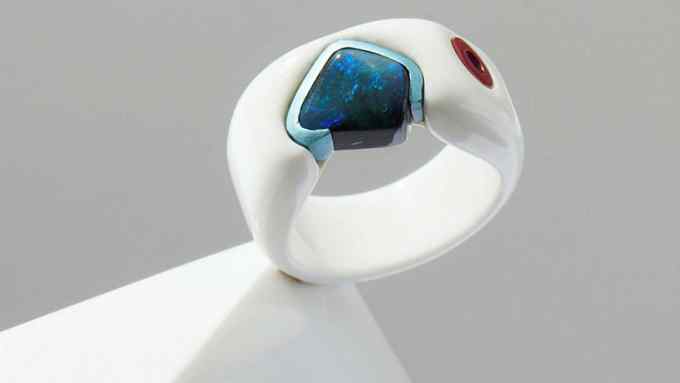