The extraordinary collection of André Leon Talley, a rare Bronzino and Hockney’s beloved sausage dogs all go under the hammer

André Leon Talley worked at Interview, WWD and Vogue, but he ended up far more than an editor; famous for his grand outfits and his even grander pronouncements, he was one of the great characters of 20th-century fashion. Following the death of “ALT” a year ago, aged 73, his collection of clothes, furniture and bel objets now go on sale, with the proceeds due to go to two Baptist churches in New York and his native North Carolina.

Highlights include one of his trademark full-length capes, in navy silk by Chanel (estimate $3,000-$5,000); a classic Louis Vuitton trunk emblazoned with his initials ($5,000-$7,000); and a portrait of Talley in black tie taken by Alice Springs, signed “with love to André” by the photographer ($2,000-$3,000). The collection will go on a small exhibition tour, visiting Palm Beach and Paris, before being auctioned off in mid-February.

The Collection of André Leon Talley is on show at Christie’s Palm Beach (18 to 31 January), then Christie’s Paris (23 to 26 January). The online auctions run 27 January to 16-17 February, with a live auction at Christie’s New York on 15 February; christies.com

David Hockney’s love of his dogs is well-known: in 1995 he staged an exhibition, Dog Days, solely devoted to his two dachshunds, Stanley and Boodgie, who lived with him in California. In 1998, the artist produced Dog Wall, 15 etchings of the sausage dogs lolling and snoozing in their beds. This January, the complete set is available to buy – a rare event – in Phillips’s January Evening & Day Editions sale, with an estimate of £200,000-£300,000. Phillips, Berkeley Square, London W1, 18-19 January; phillips.com

It’s rare that a “new” work by Agnolo di Cosimo, better known as Bronzino, ever surfaces, but that is what happened last year when Portrait of a Young Man with a Quill and a Sheet of Paper was agreed to be by the Renaissance master. The painting, believed to have been completed c1527, shows a sober, elegant youth against a rich green background; some believe it is a self-portrait. Having shifted through various eminent collections, it was misattributed around a century ago and ended up in the collection of the Munich socialite Ilse Hesselberger, who was eventually murdered by the Nazis. After yet more adventures it was returned to her heirs in 2022, and it is they who are putting it up for a sale with an estimate of $3mn-$5mn. A tranche of the proceeds will go to New York charities, one of which aids Holocaust survivors. Sotheby’s New York, 26 Jan; sothebys.com

Last month the sale “From Beijing to Versailles: the VWS Collection” achieved over $10mn at auction, with precious jade, European furniture and Asian art leading the way. Now the sale has a second, online-only part, with fashion taking centre-stage. Many of the greats – Chanel, Dior, Givenchy, Lacroix, Saint Laurent, Valentino – are represented from across the 1970s, 1980s and 1990s. The pieces will be on show, too, at Christie’s Paris from 19 to 25 January. 11-25 Jan; christies.com

Sotheby’s debuts a cross-category sale, The One, “showcasing an unprecedented selection of the finest products of human achievement in history”. This means that the 20 items on offer range from rare, ancient Egyptian artefacts to a jersey worn by legendary basketballer LeBron James. The jersey commemorates his first career NBA Finals Game 7 appearance, and back-to-back championships and NBA Finals MVP awards with the Miami Heat – and has an estimate of $3mn-$5mn. Could it beat the record set by the sale of one of Michael Jordan’s jerseys for $10.1m last September? Sotheby’s New York, 27 Jan; sothebys.com

Bonhams celebrates a century of automotive innovation this winter, with everything from a 99-year-old BMW, dating from 1924, to a 2020 Pagani Huayra Roadster (leading the sale with an estimate of €2,300,000-€2,700,000). Look out also for the 1980 Mercedes-Benz once owned by Diego Maradona, and the 2003 Gustav Troger Mirror Porsche – where the Austrian artist took a vintage 356 and covered it in shards of reflective glass. A fine watches sale will complement proceedings. Grand Palais Éphémère, Paris, 1-2 Feb; bonhams.com

Collector and dealer Emma Hawkins has long been admired for her eye for taxidermy, antiques and ancient artefacts. Here she sells an assortment of riches from her homes in London and Edinburgh, with precious stones, glass eyes and animal bones all in the mix. Sotheby’s London, 9-19 Jan; sothebys.com

Arts
From Vermeer to Joni Mitchell: hot tickets for 2023 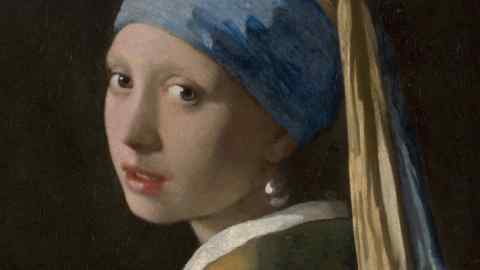