It has been called a “forgotten” cancer but it kills about 186,000 people a year worldwide. There is a better chance of treating bladder cancer — like other related diseases — if it is caught early. That is exactly what New Zealand-based life science company Pacific Edge aims to do.

Founded in 2001, Pacific Edge has developed a set of non-invasive products to diagnose certain types of cancer. Its first is the Cxbladder kit, designed to detect bladder cancer in less than two weeks.

The kit contains a patented urine sample pot that the patient fills and sends to a Pacific Edge lab in New Zealand or the US. There, a urologist uses a molecular diagnostic test to look for biomarkers indicating the presence of the disease.

Interviewed at the company’s offices in the University of Otago’s Centre for Innovation in Dunedin — where it collaborates with academics on research and hunts for graduates — chief executive David Darling says the test is quick and easy.

He contrasts it with many of the other “caveman-like” tools for detecting and managing cancer. “A whole lot of people get a very expensive regime of invasive tests for most of them [then] not to have cancer,” he says.

The diagnostics specialist is one of a few life science companies born in New Zealand to make the FT’s inaugural list of high-growth companies in the Asia-Pacific region. It delivered a compound annual growth rate in revenue of 282 per cent over three years.

These start-ups are arguably punching above their weight, given New Zealand is home to fewer than 5m people. Most ambitious New Zealand start-ups try to expand early in their life to find new customers. Pacific Edge now operates in New Zealand, Australia, the US and Singapore.

A hop over the Tasman Sea and a number of Australian life science companies are also flourishing, with 13 health companies based in the country making the FT 1000 list. These include HealthEngine, a Perth-based company with an app for booking healthcare appointments; and Rhinomed, an anti-snoring device manufacturer in Melbourne.

The two countries have many of the ingredients in place to facilitate the seeding, growth and development of life science companies, according to Stephen Thompson, a founding partner at Sydney-based venture capital firm Brandon Capital Partners.

The close neighbours produce some of the most innovative medical research in the world. New Zealand ranks fourth and Australia fifth globally in the Scientific American Worldview ranking of biotech innovation, ahead of the UK but behind the US, Singapore and Denmark.

The New Zealand and Australian governments are keen to back innovative sectors that have the potential to generate wealth-creating companies, says Mr Thompson.

One of the Australian government’s key policy incentives for innovative companies is a 43.5 per cent refundable tax offset on all R&D expenditure for companies with less than A$20m ($15.4m) in annual turnover.

“This makes Australia attractive to local and international R&D businesses,” says Mr Thompson. “It attracts capital to the country and keeps promising technology in Australia for development.”

There’s an increasing amount of capital available. The Medical Research Commercialisation Fund has raised A$430m since 2015 and backed more than 34 start-up companies to date, according to Mr Thompson, whose firm manages the MRCF.

Two of the biggest life science successes in the region are Cochlear, an Australia-listed company with a A$10.4bn market cap, which makes hearing implants; and ResMed (worth $13.6bn) which has pioneered treatment for sleep apnoea. ResMed was founded in Australia in 1989 but is now based in San Diego.

There are other territories in the Asia-Pacific region, such as Japan and India, spawning successful life science businesses. But the competition between Australia and New Zealand is the bout worth watching. 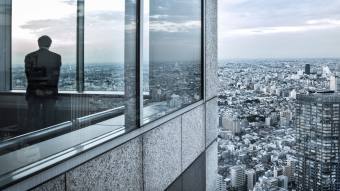