If walls could talk: books about iconic buildings

Four new titles take us inside some captivating interiors

There are few hotels where Princess Diana, Michael Jackson and Steve Jobs would find themselves in the same lift (“the most famous elevator ride in history”, as it has been described) – but the Carlyle Hotel on New York’s Upper East Side is one such establishment. Since it opened in 1930, the hotel has played host to presidents and princesses, dukes and divas, and Hollywood’s most hallowed stars. This new book is a delayed celebration of the hotel’s 90th anniversary through glorious historic images and essays by some of its most famous guests – including a foreword by Lenny Kravitz, who writes that, during his childhood, the hotel was like “a living room”. £95, Assouline

With its impeccable 18th-century interiors and museum-worthy collection of paintings and tapestries, Château d’Haroué in France’s Lorraine region – once home to Prince de Beauvau-Craon, constable of Lorraine and viceroy of Tuscany – is of national importance for Gallic heritage. It is also still a much-loved family home. In this new title, readers can explore both the public and family quarters, with glimpses into previously unseen cellars, libraries and apartments. It is shot by interiors photographer Miguel Flores-Vianna, with the story of the house revealed by interior designer and friend Jean-Louis Deniot – all under the creative direction of Peter Copping. £45, Rizzoli

Since 2005, French photographers Yves Marchand and Romain Meffre have travelled across America photographing the faded architectural grandeur of its once-lauded cinemas. From theatrical art nouveau spaces to cool Bauhaus designs, each space helps tell the story of the decline of independent cinema and the changing nature of the entertainment industry. Now gathered together in a new book, the images eulogise the majesty of the cinema, while revealing a more hopeful trend – the second lives these buildings can have as bingo halls, flea markets and grocery stores. £60, Prestel

A Tuscan Adventure: Castello di Potentino: The Restoration of a Castle

When British journalist turned winemaker Charlotte Horton came across Tuscany’s 11th-century Castello di Potentino 22 years ago, it was a skeleton of a structure, with collapsed roofs and no running water or electricity. “It was like stepping into a set from Jean Cocteau’s 1946 film, Beauty and the Beast,” she writes in a book documenting the years of restoration and renovation that followed. With Horton’s narration and images from the late British fashion photographer Michael Woolley, readers are taken through the castle’s transformation from crumbling estate to thriving vineyard, bed-and-breakfast and arts centre that has seen fashion and design collaborations with Tuscan expats including Nigel Coates. £45, Rizzoli

HTSIThe HTSI editor picks her favourite reads of 2021
Renzo Piano: ‘Buildings are like children – you want them to have a happy life’ 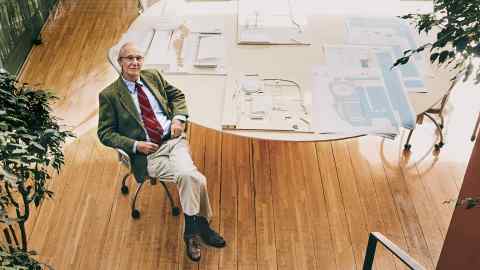