Spring cleaning this weekend? A search for potential claims could prove profitable

A spot of spring cleaning this weekend could prove rather profitable if you manage to dust off some old paperwork showing you were mis-sold PPI on a loan or credit card in the past.

This week, the Professional Financial Claims Association predicted that banks faced at least another £22bn in payouts over mis-sold payment protection insurance — nearly as much as the £23bn that the Financial Conduct Authority, the City regulator, says banks have already repaid to consumers who were wrongly sold policies.

In a sign of how generously consumers can be compensated, only about half of the £23bn paid out so far has been to refund the cost of purchasing PPI policies, according to the Professional Financial Claims Association. The other half is interest paid to recompense consumers who may have been mis-sold PPI as long ago as 1990.

Simple interest of 8 per cent a year is the level of compensation set by regulators, meaning the amount of interest paid on successful PPI reclaims today can dwarf the cost of the original policy itself, said Guy Anker, managing editor of consumer website MoneySavingExpert.com.

“I’ve seen examples of PPI mis-sold on credit cards where consumers have paid hundreds of pounds for the policy, but have received thousands back in compensation,” he said.

If you were mis-sold PPI, working out how much you could be owed in compensation can be calculated.

“There are three sums that make up the total,” Mr Anker says. First, find out the actual cost of the premium (this could have been added as a regular monthly charge on your loan or credit card repayments).

Second, how much interest did you pay on the premium? If it was added to your monthly credit card statement, and you were not a stalwart at paying your balance off in full, chances are you could have been charged 20 per cent interest. And as the credit card or loan company would have compounded those interest charges in the first place, they will have to compensate you accordingly.

“This is where you can end up with really big numbers,” says Mr Anker. “Unless you are a maths genius, this will be very difficult to work out precisely, so often you are reliant on the banks’ or the Financial Ombudsman’s calculations.”

The third and final sum is simple interest of 8 per cent a year on the combined premium (and interest) from the time of the policy. Again, if you were mis-sold PPI ten or 15 years ago, that will really add up. “We have seen reclaims of more than £82,000,” he added.

For those who think they could have been mis-sold PPI on a loan, credit or store card, time could be running out to make a claim. The FCA is currently mooting the idea of a “cut-off date” for PPI claims that could be as early as spring 2018 — all the more reason to dust down your old financial records. 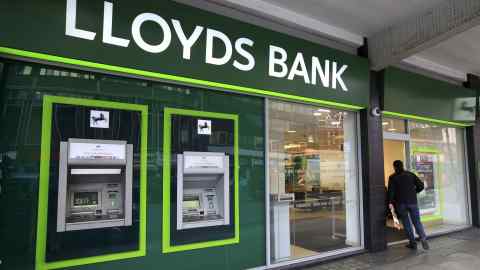 FT Money readers Claire and husband Jonathan were astonished to receive more than £9,000 compensation on a PPI policy on a personal loan they were mis-sold about 10 years ago.

“At the time, the bank told us that we couldn’t take out the loan unless we also took out the PPI, which formed the basis of our successful mis-selling claim,” said Claire. “When I first saw how much the premiums were costing me — about £4,000 in total on our loan of £25,000 spread over five years — I’d tried to remove the policy, but the bank said this was not possible.”

Claire did not use a claims management firm, which can take about 30 per cent of any payout consumers are awarded, but used free guides on websites including MoneySavingExpert to write her own letter claiming compensation.

“It was easily the most profitable ten minutes of my life,” she said. “The amount of interest was huge. Within a few weeks, we had compensation of £9,000 transferred directly into our bank account.”

Mr Anker said he had heard “countless numbers of disgraceful tales” where consumers were told they had to take out PPI to have credit applications approved, and even cases where it was added on after customers said they didn’t want it.

“Often, PPI was a tiny box at the end of an application form that needed to be ticked. Just putting a seemingly harmless tick in that box could have cost you thousands of pounds.”

This article has been amended to clarify that the £22bn prediction of further PPI claims was made by the PFCA, not the FCA.