Financial burden of dementia is set to grow

Higher health insurance premiums may be the only solution

Caring for those who suffer from dementia is not only exhausting and sometimes distressing, it is also wildly expensive, both for the individuals directly affected and for wider society. In its most recent estimate, Alzheimer’s Disease International (ADI), a UK-based international federation of Alzheimer’s patient groups, put the global cost of dementia at $818bn in 2015. This means that if dementia were a country, it would be the 18th largest economy in the world.

Global cost of dementia in 2015 according to ADI

Alzheimer’s is the most expensive disease in the US, costing more than heart disease or cancer, according to Alzheimer’s Association, a US patient advocacy group. Yet it is not drugs that account for the lion’s share of the costs — one of the most popular treatments for mitigating the worst effects of Alzheimer’s, Donepezil, often sold under the brand name Aricept, typically costs less than £2 per month in the UK. Instead, in developed countries at least, the main economic burden of the disease is the cost of looking after those who are affected. ADI estimates global social care costs alone — provided by community care professionals or in residential homes — amounted to $327bn in 2015, or two-fifths of the total. Social care is not medical care. That means its costs are often not fully covered by medical insurance, where it exists. ADI estimates that the costs of informal or unpaid care add up to a further two-fifths of the total. Governments and health insurers around the world are struggling to find a solution. Across the OECD, the club of mostly rich nations, spending on long-term care, and many of those who need it will be living with dementia, averaged around 1.7 per cent of GDP in 2017.

Monthly cost of one common treatment

The potentially crippling cost of social care is creeping up the political agenda. In the UK, advocacy groups contrast the free care available under the National Health Service for conditions such as cancer, strokes and heart disease with the life-changing financial burdens for those with dementia. In developing countries, the costs of caring for those with dementia fall overwhelmingly upon individuals rather than the state or insurers. ADI figures show informal care accounted for about three-fifths of the costs of dementia in low-to-middle income countries. This has obvious implications for economic growth, as those who might otherwise be economically active are sidelined.It has at least become clearer in recent years which solutions will not work. Encouraging citizens to save voluntarily for dementia care is a non-starter. the Alzheimer’s Society, a UK-based patient advocacy group, has estimated it would take 125 years to save up for the typical dementia care bill. Private health insurance has also struggled to create affordable funding models.

What does work? A 2014 study found that mandatory insurance schemes to cover social care costs in countries such as Japan, Korea, France, Germany, the Netherlands and Sweden are in some cases reaching the limits of their financial viability. Higher co-payments or higher premiums — both politically tricky — may be required as populations continue to age. 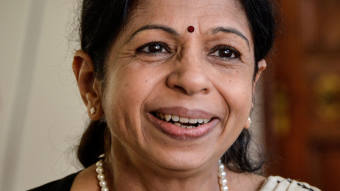