Finance ministers of the biggest western economies were struggling to reach a compromise on Wednesday night on how to tax tech companies such as Google and Facebook that often pay little corporate tax in the countries where they profit from consumers and their data.

Steven Mnuchin, US Treasury secretary, locked horns with Bruno Le Maire, French finance minister, at a meeting of G7 ministers in Chantilly over France’s unilateral new 3 per cent turnover tax on big tech groups, to which the Trump administration has responded by threatening trade tariffs and launching a Section 301 trade investigation against Paris.

Asked why France had gone ahead with the legislation in the face of US opposition, Mr Le Maire said the national tax would be withdrawn as soon as an international alternative was negotiated through the OECD, which is not expected to happen before the end of 2020 at the earliest.

ExplainerGlobal trade
What is behind the US-France tech company tax fight? 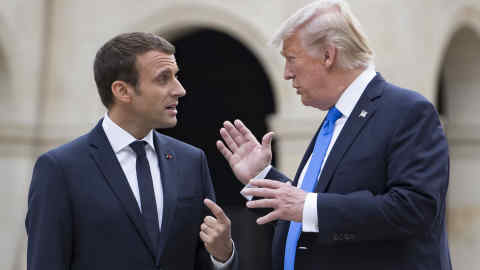 On other issues, including a related plan to work out a minimum corporate tax regime across the world so that multinationals cannot divert their profits to tax havens or low-tax jurisdictions, there was more consensus among the ministers and central bank chiefs. The other members of the G7 are Japan, the UK, Germany, Italy and Canada.

The French hosts for the meeting said there was widely shared concern over Facebook’s plan for the Libra, an alternative currency based on blockchain technology, for both technical and political reasons. “The sovereignty of nations might be weakened or jeopardised by these new currencies,” said one official who took part in the talks.

France and other countries have been keen to set a suggested minimum company tax rate, or a range of possible rates, in order to accelerate the process at the OECD. But the UK and Canada are reluctant to commit themselves because of potential changes of their governments this year. Japan is also lukewarm on the idea, according to people familiar with the preliminary talks.

“Talking about a number remains difficult for some of the members of the G7, so I don’t want to be too pushy on that,” Mr Le Maire said. 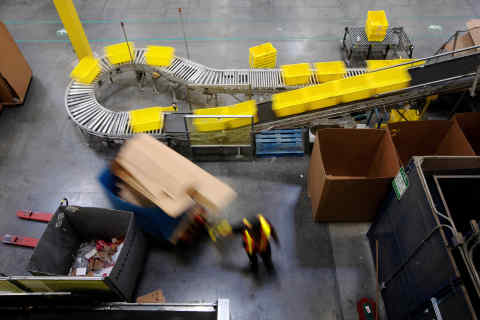 The US has accepted the idea of a minimum rate for all companies. But at the same time, it objects to the French and European focus on the tech giants, criticising the French national tax on the grounds that it unfairly targets the US companies that dominate the internet. The UK is also launching a national tax.

France, which is accompanied by the UK and other governments in launching a national tax, says the measure is temporary and will be withdrawn as soon as OECD talks are split into two pillars.

The first — the source of the confrontation between the US and some of its European trading partners — examines how to allocate taxable profits between different jurisdictions in a digital age in which profits are generated in new ways and sometimes escape tax altogether.

The second focuses on the need for rules on minimum effective taxation and is not targeted uniquely at digital companies.

Some companies are booking profits in tax havens or low-tax jurisdictions such as Ireland — thus competing unfairly, say the French and other critics, with traditional companies that must pay high taxes at home where the profits are made. “On the minimum corporate tax we are on exactly the same line as the US,” Mr Le Maire said.