Reverse mentoring: what young women can teach the old guard

MaameYaa Kwafo-Akoto felt daunted when she stepped into the office of the person she was about to mentor for the first time. How would this young woman from a working-class Ghanaian family find common ground with her reverse mentee, global managing partner Andrew Ballheimer?

Ms Kwafo-Akoto, a senior associate at global law firm Allen & Overy, soon relaxed when she discovered they had both been brought up in the same London neighbourhood.

“We laughed about the world being such a small place,” she says. “It immediately put me at ease and I was struck by the powerful message that if I work really hard, I could be sitting in his shoes in time to come.”

Reverse mentoring works by matching a junior employee, as the mentor, with a senior executive to give the mentee a one-on-one understanding of a particular issue, such as diversity or generational differences.

Experts say they are increasingly popular as firms realise the need to provide a way for millennial new hires to have an immediate impact in their careers, and this in turn can help improve retention rates.

Ms Kwafo-Akoto’s background is different to that of most of her colleagues. From a black low-income family she went to state school and worked part-time to fund her legal studies. She joined the firm as a paralegal and qualified while working in its asset management team.

When the human resources department approached her to join its reverse mentoring scheme, she grabbed the opportunity. “I want him [Mr Ballheimer] and the firm, through me, to understand the challenges ethnic minorities, working mums and people from working-class backgrounds face,” the mother of two young children explains.

In return, she is getting an insight into a level of management she would not normally see so early in her career, and an understanding of how the firm operates internationally.

The scheme has also helped Ms Kwafo-Akoto forge new connections. She has been asked to speak at an Allen & Overy board meeting later this month about how the law firm can improve its ethnic and gender mix at senior levels.

“It has helped to raise my profile [and] has opened doors for me to have conversations with people I might not have had otherwise,” she says.

Mr Ballheimer has learnt from the arrangement to look at all aspects of his colleagues. “Very few of us tick one box, and we miss the point if we focus on one characteristic and exclude others,” he says.

The schemes usually last for 12 months, with the pair meeting every three weeks. Both participants receive some training and help with the first meeting.

Daisy Gray is team leader for P&G’s business with Tesco. She has been both the mentor and mentee in the multinational’s reverse mentoring programme. Ms Gray is currently being reverse-mentored by an e-commerce category manager seven years her junior to help improve her understanding of how millennials shop these days.

“It’s not the biggest age gap, however there is a chasm in terms of how we operate online,” she says.

When she moved to Moscow a decade ago to run P&G’s beauty care business, Ms Gray chose to be reverse-mentored by a colleague a couple of rungs down in order to better understand Russian workplace culture.

The schemes can also be used to enlighten staff on gender issues. Lily Merrick-Poole, a practice and client relationship manager at law firm Linklaters in London, was a mentor in its pilot global reverse mentoring programme last year.

The aim was to improve the senior leadership’s understanding of LGBT, ethnic minorities and social mobility. She was paired with Henk Vanhulle, a tax partner in its Brussels office.

“I came to it as a woman and as an LGBT, and I thought it was a great opportunity to talk about these issues with a senior person,” says Ms Merrick-Poole, 28.

Having felt genuinely listened to by Mr Vanhulle, she says that the experience has helped her feel more valued, motivated and included. “I feel very comfortable talking freely about my wife — I feel like myself,” she adds.

Mr Vanhulle says his conversations with Ms Merrick-Poole allowed him to get rid of some of his unconscious bias and to better understand the sensitivities of a minority group at work. Ms Merrick-Poole had pointed out to him, for instance, that the way the firm communicates with its employees should be more nuanced.

“If you send out an invite for a Christmas drink, make sure the way you invite better halves is done in a gender-neutral way,” he says

Ms Gray would advise any woman at the start of her career to become a reverse mentor. The best place to start, she advises, is with your own mentor, if you have one. Ask them what you can offer them: “If someone asked me that, I would immediately be impressed.” 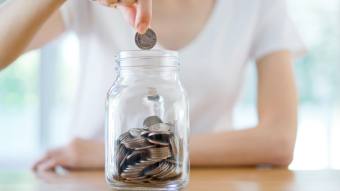 We look at how today’s young women should prepare for the world of work. We explain the importance of making the most of alumni contacts, how to make a case without being interrupted by men, and why becoming a reverse-mentor can help younger employees move ahead early in their career