Gizem Akdas was stuck with her dog Kiras every time she wanted to go out and have fun. Pet hotels were too expensive and some of them put the animals in cages. Then, three years ago, she had an idea.

The 28-year-old contacted her friend Umut Kaymaz, now 29, to propose that they start an Airbnb-style business for pets in Turkey. Mr Kaymaz and Ms Akdas, who shared an advertising background, used their knowhow to build Pet Surfer, a pet-sitter matching site with the motto “your freedom, your pet’s happiness”.

Before launching the business in Turkey a year and a half ago, they needed mentoring, capital and an office. So the pair applied to Istanbul Technical University’s Cekirdek (“seed”) incubator programme and were accepted.

“It’s nice to own your own business, and as a woman I’m proud,” Ms Akdas says, smiling, in Pet Surfer’s small office on the university campus.

She and Mr Kaymaz say capital is the key to moving forward and turning a profit, which has yet to happen. But their business has already created jobs for many housewives and students in Turkey. Their plan is to expand to Poland next.

Cekirdek is based at ARI Teknokent (“techno-city”), a technology park on the ITU campus overlooking the Bosphorus strait on one side and Istanbul’s Maslak business district on the other. The park is home to more than 300 technology companies, collectively employing about 7,000 staff.

Its start-up programme comprises three stages: after Cekirdek comes Magnet, which is designed to help the business grow, and Innogate, which focuses on exporting its products or services.

Teknokent — which also has offices in New York, Chicago and San Francisco — says its businesses achieved a turnover of $1bn in 2017. Among its success stories is Teleporter, whose app enables gamers to watch e-sports together in a virtual reality arena; it too has a presence in Silicon Valley.

The park’s shared facilities include a 3D printing lab, which can produce high-quality hardware, and a snack bar where payment is made via facial recognition technology.

There are opportunities to secure investment too — such as this month’s big bang start-up challenge, a kind of talent show in which founders introduce their businesses to potential backers — and to rub shoulders with established tech businesses; both Cisco and Ericsson have offices at Teknokent.

The languages of communication and instruction at ITU are Turkish and English, and students come from across the globe, especially from south Asia and eastern Europe. Nearly 40,000 are enrolled in four campuses across Istanbul.

“We welcome all start-ups,” says Deniz Tuncalp, Teknokent’s chief executive, adding however that ideas “should have novelty”.

The average Cekirdek entrepreneur is aged 31 and has a professional background that can inform their business ideas. But to include younger engineering students with potentially innovative ideas, in 2014 ITU opened the Ginova Center, a space for innovators as young as 18 to devise business ideas and receive mentoring.

Students begin in a boot camp called “Tough Nut”, where they receive extensive training in business, but they are also taught that failure is part of learning.

Business ethics are an important part of the course. A group of students who had created a platform for betting on football scrapped it after they saw that many users were addicted to gambling. “We were happy to see the students took the moral high ground,” says Zeynep Erden Bayazit, associate director at Ginova.

A more durable business was created by Safa Dogan, 20, who set up a platform to provide mock exams and study sheets for medical students such as himself. The content is provided by doctors and the site is already generating income.

“We had originally asked students to prepare these exams but in the Tough Nut programme, we realised it was better to ask doctors. And it was the right thing to do,” Mr Dogan says.

Yet Sebnem Burnaz, Ginova’s director, says it can be difficult to teach students innovation and critical thinking at university level when Turkey’s high schools encourage rote learning and memorisation. “They are trained to think in terms of multiple-choice answers,” she says. “I have this problem even with PhD students.”

Another big challenge for Turkish start-ups is capital. President Recep Tayyip Erdogan’s government is keen for Turkey to create technology and export it, but rising inflation, a weak lira and turbulent politics do not make the country more attractive to investors.

Venture capitalists, especially westerners, shy away when Turkey creeps towards authoritarianism and chips away at its democracy — or goes to war, as it did a month ago in Syria to defeat Kurdish militias.

The faculty at ITU shies away from discussing the impact of politics on business, but Mr Tuncalp says the 2016 coup attempt slowed down business for a year. Stability is best for business, he says — but he also points out that entrepreneurs in this part of the world are used to turmoil and know how to deal with it.

Discrimination against Turkey is another issue, Mr Tuncalp says. If Americans buy Turkish products, so will Europeans; otherwise Europeans are apt to be mistrustful. Mr Tuncalp hopes that will change when Teknokent opens an office in Berlin, as it is currently planning to do.

But not every foreign company or investor is scared of political turmoil or a weakening economy. Teknokent says it has recently had discussions with a Chinese company about establishing a presence on its campus, and points to incentives including corporate and income tax exemptions, cheaper labour and a large talent pool.

“Our dream is to make Istanbul a local hub to create technological products and sell . . . internationally,” Mr Tuncalp says. 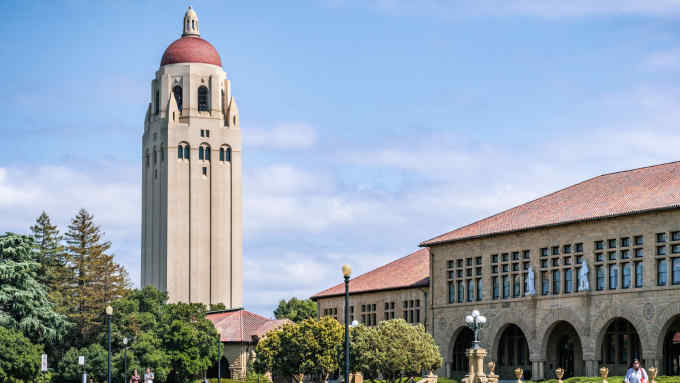