Do you need the C-suite check-up?

It’s day two of the annual conference for the International Association of Microsoft Channel Partners EMEA, and the C-suite attendees are taking part in a group meditation. Having not met for three years, the IAMCP has decided to give half of its sessions over to nurturing the wellbeing of its staff. Gret Batchelar’s organisation, Conscious Working, is taking the lead on this. “To be successful you need to be equipped with strategic thinking that is rooted in compassion for yourself, your teams, the broader community and the planet,” she says. “This begins with self-awareness.”

Corporate wellbeing programmes of yesterday may have served some osteopathy, a gym membership and an annual health check, but that approach no longer cuts it. Even though “roughly $50bn is spent on wellness by businesses, it’s not making a jot of difference”, says Octavius Black, CEO of behavioural science company MindGym. With burnout and stress-related absence on the rise, businesses are having to contend with a complex range of employee mental-health issues.

As a result, they are having to rethink their wellbeing strategies – not only to support their staff, but to retain them. A recent Deloitte survey found nearly 70 per cent of leaders are considering quitting for a job that better supports their wellbeing, while 81 per cent of C-suite interviewees said improving their wellbeing is more important than advancing their career. One problem, says Batchelar, is that “HR teams come to us asking for wellbeing support, but don’t consider the C-suite as the employees”.

Louise Parker is a behavioural change coach whose clients all come to see her privately. This, she believes, should change. “Putting a gym into Morgan Stanley is all very well but it’s about so much more than that. It’s not just a personal trainer and a nutritionist, it’s mental health.” The barrier to this, she believes, is that many “businesses aren’t yet ready. That’s down to fear of sharing about health. Through that process you have to expose yourself, to be open and intimate, and people don’t want to do that at work.” A six-week coaching course comes in at £15,000 for three sessions a week (which can be remote), and then drops to £6,000 a month, where she is on call for clients as and when needed.

Business coach Julie Stokes has just helped launch a new executive retreat at Goodwood with gut-health specialist and psychotherapist Stephanie Moore. “Super-smart people have brains that are very active, and most haven’t figured out ways of calming them,” she says. The five-day retreat (from £5,000) includes personal consultations, treatments and group lectures – on everything from stress resilience and sleep quality to weight management and energy regulation, as well as bespoke life coaching and emotional intelligence sessions. Guests undergo some pre-assessments, and alongside the usual massages and bracing walks, can expect sessions on “how to defeat your inner saboteurs”.

Swiss clinic Paracelsus Recovery is at the pinnacle of executive recovery centres. Here, clients including “the top teams from private equity and private investment banks” undergo a full medical, and psychiatric and nutritional analysis. They come for a few days and stay in their own lakefront residence together with a full-time therapist. They also have a maid, chauffeur and chef, and skiing, skydiving and cooking are all on offer. Costs per person run into the low six figures. Paracelsus Recovery founder Jan Gerber argues that investing in the health of top executives is smarter, however, than signing them off work: “For a fund with billions under management, and hundreds of millions for the investor circle, if one of those partners falls ill, the cost is exponentially higher than that small investment.” Gerber should know – his background is risk management. He adds, “Psychotherapy is a gruelling process and everything [extra offered] needs to be in service of that… it is a seven-star experience.”

Less expensive – and probably a lot more fun – is Yeotown, the wellness retreat in north Devon that now runs programmes in Madeira. Stays are built around afternoons off so teams can spend a couple of hours back at work, but mornings and evenings are structured around mindfulness, meditation, massage, surfing, forest bathing… “Wellbeing stuff that used to be dismissed as a bit out there now has scientific backing,” says co-founder Simon Sieff. Recent clients include top executives from Goldman Sachs, the Young Presidents’ Association and Inhabit Hotels. Sieff says he has never once been called by an HR department. Instead, “Someone will come here recreationally, and then come back with their whole team.”

But if business leaders are really looking to get an edge, they need to consult Andres Roberts of Bristol-based Bio-Leadership Project. Working with firms like Patagonia, Natura & Co and Aviva, he leads small groups on “Nature Quests”, inspired by the vision quests in Native American cultures. “The first two days are a mix of slowing down – walks, wild swims, meditations – with work to open awareness and to connect with the world around you.” It’s essentially deep relaxation. “We do lots of this work around a fire, with good food, to make it feel like fun.” Then clients are taken into nature, left on their own with no food for 48 hours before being brought back to assimilate their experiences. “I’ve never ‘heard’ myself in that way” was the verdict of one recent alumnus.

“The paradigm for leadership is shifting from people who want to be at the top of the pyramid to the centre of the circle,” notes Chris Connors, a meditation teacher and “embodiment coach” who has worked with executives at Kering and LVMH, Net-a-Porter and YOOX. He believes what is defining this next generation of leaders “is not a big cheque, not only physical and emotional intelligence, but spiritual intelligence. This doesn’t mean acting like a yogi – but having high levels of self-awareness. Because then you’re able to understand what your ego is doing, what your unconscious is doing, what’s driving you into difficult things and what can get you out of them. It’s about knowing yourself.”

Jim Ratcliffe, the founder of chemical company Ineos, is one such leader. He took on the job of improving the wellbeing of his staff after the fatal heart attacks of two close colleagues in 2007. But rather than take the team on wellbeing offsites, he built it into the company ethos. Resilience trainers CorPerformance were brought in and, 15 years on, the wellbeing programme is now intrinsic to company culture. Using data measurement and tracking tools, CorPerformance sets bespoke lifestyle and fitness goals for each member of staff (on a voluntary basis). “For one person it might be a marathon, for another it might be taking the dog for a walk,” says group operations director Simon Laker. “Then we track how you respond to it – it’s an iterative process, with genetics and other factors playing their part.” In 2022, 1,870 of the company’s 25,000 staff competed in the company’s Tour de France challenge (where teams complete different stages of the race); “countless” others do marathons; and there is a 320km running, cycling and hiking trip across Namibia. “A lot of our work is on deals which go on for months – it can be hugely stressful. Our people are the best at sustaining that level of work now, because to do that you’ve got to be fit,” says Laker.

Mental health
Workplace wellbeing: how to make it better — and what makes it worse “Stress and resilience was all HR departments used to want to hear about. Now it’s mental health and performance,” adds CorPerformance’s founder Fred Wadsworth. “What is increasingly recognised is the power of general wellness in mental performance.” CorPerformance and Ineos have set out to prove that, with the right wellbeing support, you can transform employees. “Most executives are sitting or lying for more than 20 hours a day,” says Wadsworth. “We were originally persistent hunters, not sitting around industrialised workplaces. Because the body and mind are so affected by each other, you end up with disordered mood states.”

“Culture and leadership are what change companies’ wellbeing,” concludes MindGym’s Octavius Black. “A human-centred business is one that is more about soft power than hard power. One that recognises that the things that matter to us are our values, our spirit and purpose, and less our career path, what we earn or our working hours.” The organisation’s psychology-based transformation programmes have been taken up by 62 per cent of FTSE 100 companies and 59 per cent of the S&P 100. Leading by example, one could say.

This article has been corrected to show that work-related mental health affects people working in larger organisations more than smaller ones.

A poem in the C-suite — now that is mindfulness! / From Wendy Lee Gruissan, Aude, France 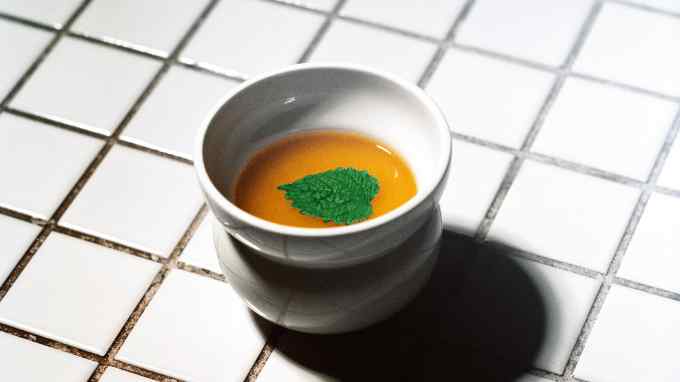