Liam Fox has suffered a setback in his bid to secure fast track normalisation of the UK’s World Trade Organization commitments before Brexit, conceding that Britain faces the prospect of lengthy negotiations.

In another indication that renegotiation of Britain’s post-Brexit trade relationships was proving harder than some Leavers anticipated, the International Trade Secretary admitted that several WTO members had “expressed reservations” about the UK’s plan to copy and paste the EU’s international trade commitments.

Britain is a full member of the WTO but the terms of its membership are bound up with those of the EU. As a result, Britain has to have its own independent WTO schedule after it leaves the EU.

Mr Fox had been hoping this would be a straightforward technical exercise. But some countries in the 164-member WTO raised objections to this fast-track approach, forcing the UK into a lengthy negotiation.

“As expected, some trading partners have expressed reservations about our proposed treatment of Tariff Rate Quotas,” Mr Fox said in a written Commons statement, referring to trading rights granted to big agricultural exporters.

Angus Brendan MacNeil, the head of the Commons international trade committee, said on Friday that the decision was a blow for Mr Fox.

“Liam Fox was hoping for a quick and easy process to establish the terms of the UK’s WTO membership before Brexit takes place,” Mr MacNeil said. 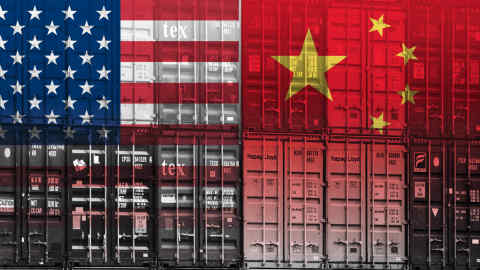 “When he gave evidence to my committee in July, Dr Fox assured me that this was all going fine. But his plan is now in tatters after the UK’s proposed WTO goods schedules faced formal objections from some 20 countries, including the US, China, Australia and New Zealand. ”

Trade experts said that the setback needed to be put in context.

“Welcome to the realities of trade,” said David Henig, a former Department for International Trade official. “These things take time. It’s a minor setback and it will take [Mr Fox] a bit more time to do all the things he wants to do.”

Stephen Adams, senior director at Global Counsel, a consultancy, said: “It’s a headache but you don’t need your own WTO schedules locked down on Brexit day one. Given the chance for other WTO members to press the UK for new concessions, this was never likely to be done quickly.”

A DIT spokesman responded: “This was expected and does not impact our ability to trade independently. The terms we have set out will form the basis of our trade policy while we engage with our WTO partners to address their concerns.”

Video: The Brexit Files: How will Brexit affect immigration?

Meanwhile, Mr Fox has named David Wright, Britain’s former ambassador to Japan and South Korea, as the first chair of the new trade remedies authority, the post-Brexit body charged with defending British industry against unfair practices by a trading partner.

But Barry Gardiner, shadow trade secretary, criticised Mr Fox for making the appointments while the TRA does not exist in law — the trade bill is still before the House of Lords — and while Labour was tabling amendments challenging the appointment process for its leading officials.

“This shows a blatant disregard for the legislative process,” Mr Gardiner said. “Liam Fox must explain what he will say to his new employees if parliament decides that the appointments should have been made using different methods and criteria.”