We use cookies (opens in new window) for a number of reasons, such as keeping FT Sites reliable and secure, personalising content and ads, providing social media features and to analyse how our Sites are used.
Manage cookies
Accept & continue
Opinion Philanthropy

Are you too proud to be a toilet roll philanthropist?

Toilet roll seems an unlikely metaphor for effective philanthropy. Yet I’ve heard of a donor who specifically funds loo rolls in London museums and galleries on the simple grounds that this kind of donation is both necessary and tough to fund.

Many donors want to fund the glamorous stuff: front-line programmes, identifiable projects and new buildings being prime examples. To do so, many “restrict” their gifts to those items. The main problem with this approach is that donors generally all want to fund the same things — none of which include loos, core staff or rent.

Jim Collins wrote a sequel to his book Good to Great specifically about the social sector, in which he concluded: “Restricted giving misses a fundamental point: to make the greatest impact on society requires ﬁrst and foremost a great organisation, not a single great programme.”

It’s not clear to me why some donors restrict their funds to particular purposes. It may be a perceived solution to the principal-agent problem which precludes donors from seeing what the charity is really up to. Perhaps they feel that imposing restrictions gives them more control, which may increase effectiveness.

If so, I think they are mistaken. Ultimately, money is fungible and non-profits can do with it as they like. Fiona Ellis used to run the highly-respected foundation of the Northern Rock building society, and once said of restricted donations that charities “pretend to use the money as we’ve said, and we pretend to believe them”.

Pretence or not, this is expensive. A UK charity of which I was a trustee had more than 60 restricted funding streams — that is, more than 60 revenue lines that each had to be accounted for separately and each matched to overlapping or inconsistently defined subsets of the cost base. Small wonder that charities say that they value £3 of restricted income as equivalent to just £2 of unrestricted income. In other words, keeping your donation flexible immediately increases its value by half.

By reducing flexibility, restrictions can literally cost lives. Restrictions are legal requirements, so they can only be changed with the donor’s permission. Imagine that you are an aid agency operating in Malaysia, Indonesia and Thailand, and say — for simplicity — that each country’s operation is funded by a separate restricted gift. That’s fine if everything runs as envisaged, but it rarely does.

Charity
How to give it: Not all charities are good causes 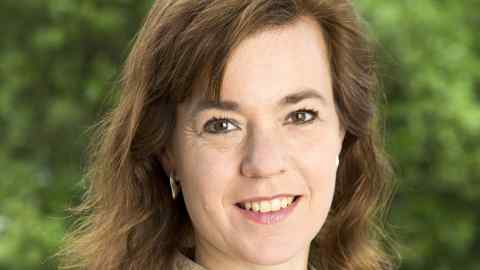 Let’s say that the Malaysia programme didn’t need its entire budget, but there was a natural disaster in Indonesia. Clearly, you’d want to spend the Malaysian savings in Indonesia. But the restrictions prevent this, forcing you to go back to the donors to haggle over de-restricting the funds. In the best case scenario, that takes time and effort which would be better spent helping.

Now imagine that the disaster is a tsunami, and that it happens on Boxing Day. Bad luck: you can’t get hold of most of your donors on Boxing Day. Your options are either to ignore the need in front of you, or break the law.

Flexible, unrestricted money enabled organisations founded by Liberian activist Leymah Gbowee and Yemeni journalist Tawakkul Karman to push for a deal ending the civil war in Liberia. They had the flexibility to do whatever the rapidly changing situation required: at one point, linking arms and blocking the doors of a hotel room in Accra in neighbouring Ghana until the Liberian politicians inside made a deal. Tawakkul and Leymah shared the Nobel Peace Prize in 2011 with the Liberian president Ellen Johnson-Sirleaf. Leymah wrote that “the flexibility and significance of the general-support grant cannot be overemphasised”.

Imagine that the disaster is a tsunami, and that it happens on Boxing Day. Bad luck: you can’t get hold of most of your donors on Boxing Day

Many new donors are astonished that experienced donors see fit to tell non-profit managers how to run their organisations in this way: the givers may be experts in finance, or sport, or retail but that doesn’t make them experts in aid work. The managers are much closer to the “action” and better placed to judge where funds are best used.

All gifts on which my consultancy Giving Evidence advises are always unrestricted. Even those earmarked for particular purposes (a softer demarcation, without legal obligation) give management explicit permission to deviate from that purpose in response to an urgent need. Restrictions are useful in some, rare circumstances, but almost never for donations under £50,000 in value.

Increasingly, donors conduct a detailed analysis of whole organisations before deciding whether to support them, and once they’re in, they’re in. For example, Stars Foundation is the London-based vehicle of a Saudi donor focused on disadvantaged children in countries where mortality in under-fives is highest. It sees unrestricted funding as essential to empowering organisations and hence their communities, and building the skills needed to succeed.

Even after hearing these arguments, I suspect some people will still be reluctant to fund loo roll. To which I would say: 50 per cent is a considerable value to leave on the table in the interests of notional control.

Caroline Fiennes is a director of Giving Evidence, a consultancy which encourages and enables giving based on sound evidence. The author of “It Ain’t What You Give, It’s The Way That You Give It”, she has advised many individuals and organisations, and has worked across the charity sector.