Family businesses need to prove their model is better

John Gapper says retaining familial control has become easier, but there is a need for scrutiny
John Gapper

Family-owned companies used not to get much respect, when they were noticed at all. Many public companies have dispersed ownership and are managed by professional executives, who are handed financial incentives to perform, and are kept under pressure by activist shareholders.

When many family businesses make the news, it is often because of disputes among relatives, such as the bitter tussle between the Ambani brothers in India, or when the next generation at companies such as News Corp struggle to show they can match the founder or leader.

But things are changing for family companies. For one thing, the model of capitalism followed since the shareholder revolution of the 1970s and 1980s, is looking tired. As the tenure of chief executives decreases and the clamour from hedge funds for short-term returns increases, doubts are growing about whether this is the best way to build a company’s long-term value.

Meanwhile, despite their image of being cautious and inward-looking, family-owned businesses on average perform well. Credit Suisse research found that the returns of 1,000 such companies outperformed public markets by 55 per cent between 2006 and this year. This was despite having slacker governance standards and a conservative attitude to risk-taking.

Another reason to rethink is that the rise of technology giants still controlled by their founders means that some of the world’s most valuable companies are family controlled (Credit Suisse defined this as a family or founder holding a 20 per cent stake or voting control). That includes Alphabet, Google’s parent company, Facebook and Alibaba, the Chinese internet giant, as well as Warren Buffett’s Berkshire Hathaway.

The trend may be reinforced through the rise of Chinese and other Asian family groups. Of the 1,000 studied by Credit Suisse, more than half — 536 — were Asian. Asian family companies tend to be younger than their European equivalents and are based in faster growing economies, which has helped the Korean chaebol and Indian “promoters”, a term often used in India to describe a firm’s founding shareholders.

Family companies still have vulnerabilities. A long-running study of management practices at 12,000 companies in 34 countries by academics at London Business School found that family companies scored the lowest on operational excellence. That was often because family members wanted to retain operational control and were unwilling to recruit outside managers with expertise.

Despite that, as a UBS study of family companies found, the positives often outweigh the negatives. Family companies have advantages over those with more dispersed and less loyal shareholders — a keener sense of identity and the essence of the company, the willingness to make long-term investments that will not pay off for some years, as well as more purpose.

“The most successful business-owning families do not put profit maximisation first,” writes Denise Kenyon-Rouvinez, professor of family business at the IMD business school in Lausanne. “When you spend time with them, you notice that they have an intense pride for the business and its history. They also have a really deep sense of family, unity and mutual support.”

This has financial value. Family companies, especially those still based where they were founded, are unlikely to put at risk what they have built over generations by becoming over-stretched or diversifying from their roots. Family shareholders of companies such as Frescobaldi, the Tuscan winemaker that was founded 700 years ago, will stay committed.

Most businesses start out under family control — the exceptions are those started by, or spun out of, established public companies. Most of them also remain within private and family control: they never reach the size where they are confronted with the prospect of dealing with other shareholders.

Even for large companies, retaining familial control has also become easier. There is no shortage of private equity for companies that want to expand without having to go public. Many Silicon Valley venture funds also support the founders retaining control through dual class voting shares if companies go public — they regard that as conducive to long-term growth.

But the blurring of the line between private family businesses and public companies with dispersed shareholders brings with it new challenges. The founders of companies such as Alphabet and Facebook have made big claims for the benefits of being allowed to retain control. However, controversy at Uber under Travis Kalanick, its co-founder, who resigned this year after a series of scandals that made observers questions his leadership, cast doubt on the wisdom of this.

As family companies gain more attention, their benefits and drawbacks will no longer remain of limited interest. Public companies with dispersed shareholders have faced such scrutiny for decades. If families believe they can build businesses more effectively, they will need to prove it. 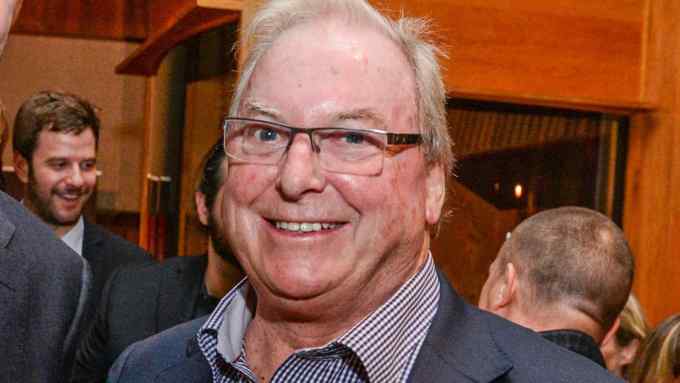