Nurseries head to parliament to lobby MPs on childcare funding

Childcare providers are descending on parliament on Wednesday to raise concerns about a government policy that offers 30 hours per week of free childcare.

Around 100 childcare providers from nurseries, pre-schools and child-minding settings across the country will meet MPs and members of the House of Lords to discuss the challenges that the policy poses to the sector.

Since last September, three and four-year-olds from eligible working families have been entitled to 30 hours per week of government-funded care. But the policy has been heavily criticised by childcare providers who argue that public funding, which is distributed through local councils, does not cover the full cost of delivering places.

Earlier this year, Ceeda, a research company, published analysis showing that the childcare sector in England was facing a funding shortfall of more than £500m.

The annual gap between the cost of providing childcare and what the nursery receives in funding from local authorities has grown to an average of £2,166 per child, according to the National Day Nurseries Association. This has resulted in nurseries being forced to restrict the number of places they offer, holding back on hiring or charging parents for extras, such as food or excursions, to make up the shortfall. 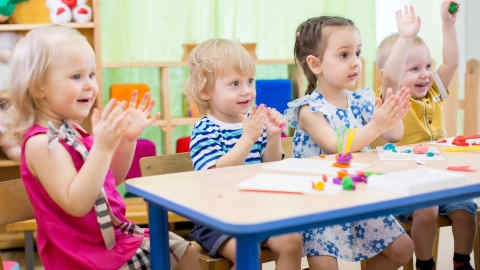 Neil Leitch, chief executive of the Pre-school Learning Alliance, a charity, said: “Week after week, we are seeing nurseries, pre-schools and childminders across the country having to choose between increasing fees and charges for parents, compromising on quality, or potentially being forced to close their doors for good.

“This is a direct result of the sustained underfunding of early years care and education in this country, and yet all we seem to hear about from government is how great the scheme is for parents,” he added. “This just isn’t good enough.”

Kimberley Norris, manager of the Humpty Dumpty Play School in Andover, said her setting, which has been rated by regulators as “outstanding”, had historically operated within its annual budget. But she said that since the 30-hours policy was introduced, the school was now running “at a major loss”.

“If the funding rate is not changed, we will close and we are not alone,” she said.

Tulip Siddiq, the Labour MP for Hampstead and Kilburn who chairs the all-party parliamentary group for childcare and early education, said Wednesday’s meetings came “at a critical time for the early years sector”.

“With the spending review around the corner, the lobby day will allow these challenges to be heard by MPs across the political spectrum,” she added.