ArcelorMittal has cut its outlook for global steel demand as stalling car sales across the US and Europe hit the world’s largest steelmaker.

The Luxembourg-based group forecast European demand would contract 3 per cent in 2019 compared with previous estimates of as little as 1 per cent amid a struggling car industry, slowing demand for machinery, and ongoing trade disputes.

Demand for steel has been depressed globally, hit by faltering economic growth due to a rumbling US-China trade war, which has hit carmakers and their long supply chains. The IMF believes that the shrinking sector accounted for a quarter of last year’s global economic slowdown.

The group also restated their intentions to hand back control of the lossmaking Ilva steel plant, Europe’s largest employing 8,000 people, to the Italian government within 30 days after the end of criminal immunity for environmental breaches. 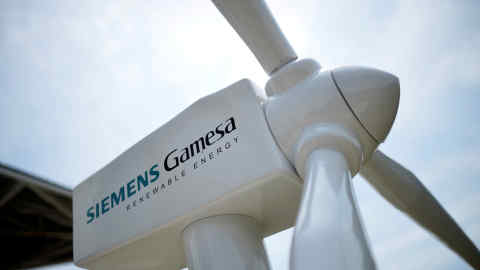 Some think the group will not carry through with the decision to hand back control of the Italian plant, if the country’s coalition government reintroduces the legal immunity shield.

ArcelorMittal reported earnings before interest, tax, depreciation and amortisation of $1.1bn in the three months to September, 32 per cent lower than the previous quarter, although it beat analysts’ expectations.

“It’s still a very weak quarter,” said Mr Allsop. “The weakness is principally coming through in Europe and North America, which is core heartland for ArcelorMittal.”

The group swung to a net loss for the second consecutive quarter, underscoring the detrimental impact of the trade war slowing car sales in China, which fell last year for the first time in almost three decades.

In the three months to September, the metal and mining group shipped 20.2m tonnes of steel, 7.3 per cent below shipments in the previous quarter.

A key ingredient in steelmaking, iron ore prices hit a five-year high of $126 a tonne in July following supply shocks in Brazil where a mine owned by Vale, the world’s biggest producer of the commodity, collapsed.

ArcelorMittal’s share price rose 6 per cent on Thursday morning to €15.40. Shares in the Amsterdam-listed group have lost a fifth of their value since January.

Get alerts on ArcelorMittal SA when a new story is published