One of the motivations behind China’s historic decision to open its economy 40 years ago was the need to attract foreign direct investment. Strong inflows followed and helped transform the Chinese economy. But these are now starting to be eclipsed by a newer font of capital that is surging into the country’s financial markets.

The shift in focus from direct investment into factories and offices towards portfolio flows into stocks and bonds reveals much about how China is changing — and how it is starting to exert greater influence over the world’s financial system.

Its domestic stock and bond markets — which rank as the world’s second and third-largest, respectively — have long been relatively sequestered from the outside world because of China’s strict capital controls.

But this year much has changed. Foreign asset managers, sovereign wealth funds and central banks have increased their total holdings of Chinese domestic stocks and bonds — denominated in renminbi — to $462.2bn at the end of September, up by $122.5bn from a year ago, according to official statistics. For the first time, such inflows are running at about the same average monthly level as foreign direct investment, which totalled $91.8bn in the first nine months of the year.

There are several reasons for the shift. One is that by opening investments in renminbi to foreigners, China intends to promote the international usage of the currency so that it can reduce its reliance on the US dollar.

By opening up investments in renminbi to foreigners, China intends to promote the international usage of the currency so that it can reduce its reliance on the US dollar

In the aftermath of the financial crisis in 2009, Beijing understood the so-called exorbitant privilege that the US derives by having the world’s reserve currency. It resolved to bolster the international presence of its own.

“Transacting in your own currency is obviously much safer, particularly when issuing debt, so the more renminbi-denominated funds that come in from foreign sources, the better,” says Ms Carr.

From a market perspective, the inflows of foreign funds also perform a service. Institutional money, especially that from central banks and sovereign wealth funds, is by nature more stable than China’s skittish retail-dominated stock market and still immature bond market.

Chinese authorities have sought this year to make investing in its bond and stock markets easier for foreign institutions. The People’s Bank of China, the central bank, has eased restrictions on foreign credit rating agencies to balance the Panglossian assessments of domestic ones. Authorities have cut taxes on gains from some types of bond.

The lion’s share of the inflows have been into bonds. Some $66.2bn had flowed into Chinese domestic bonds during the first nine months of this year, bringing total holdings to $277.2bn at the end of September.

One reason for the inflows is a healthy yield premium to European government debt. The German 10-year bond was yielding about 0.37 per cent in mid-November, significantly less than the 3.5 per cent of China’s 10-year bond.

Yet returns are by no means the only factor. Chinese bonds are set to be added to international indices that act as benchmarks for big institutional investors, meaning asset managers have little choice but to start building their exposure.

The Bloomberg Barclays Global Aggregate Index is due to add renminbi-denominated bonds over a 20-month period beginning in April next year, with 386 Chinese securities to be included for an index weighting of 5.5 per cent. The JPMorgan Government Bond Index: Emerging Markets and the Citi World Government Bond indices are expected to follow. If these transpire, bond investors will be obliged to load up on Chinese domestic paper, further swelling inflows.

For central banks, another force has been at work. The renminbi’s inclusion into the IMF’s reserve basket is obliging central banks around the world to increase the amount of renminbi they hold in their reserves to more closely reflect the basket’s composition. The renminbi occupies a 10.9 per cent weighting in the IMF basket, having joined in 2016.

The inflows into stocks have also been driven largely by international index inclusion. Global index provider MSCI brought 235 Chinese A-shares into its flagship EM index earlier this year, obliging fund managers that follow the $1.9tn index to buy them.

The value of foreign holdings of domestic A-shares stood at $185bn at the end of September, similar to levels at the start of this year — despite the fact the market has been one of the world’s worst performers in 2018.

Even as the US and China spar against each other in their trade war, China is discovering the utility of opening to global capital. 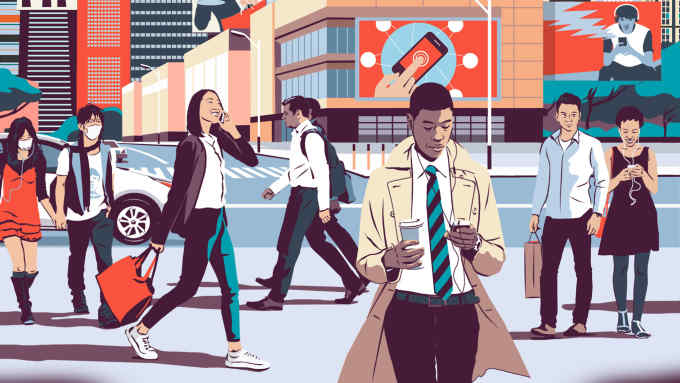