ETFs gorge on shares of lossmaking US pharma companies

Lossmaking pharmaceutical and biotech companies dominate the list of US stocks most owned by exchange traded funds following a dramatic buying spree in 2020.

The unprofitable companies are particularly dominant in thematic ETFs, which focus on narrow investment areas, particularly those run by Ark Invest, the rapidly growing asset manager focused on disruptive technology.

As many as 13 of the 50 stocks for which ETFs accounted for the largest chunk of free float ownership at the end of last year are pharmaceuticals companies, according to analysis by Citi.

This includes three of the four most intensively held: AquaBounty Technologies, where ETFs held 52 per cent of the free float, Personalis, at 38 per cent, and Syros Pharmaceuticals, where it was 31.3 per cent.

Ten of the 13 made a loss over their last 12-month period, Financial Times analysis found, including nine of the 10 most intensively held.

If you know Ark has outflows and has 25% of a company you would short that company. That is exactly what happened to [Neil] Woodford two years ago and [former Legg Mason fund manager] Bill Miller in 2007

All of these were primarily held by thematic ETFs, rather than those focused on sectors, broad indices or “smart beta” approaches.

In all, 22 of the 50 US stocks with the highest ETF ownership reported negative net income. This rises to 12 out of 15 for the stocks that are primarily held by thematic funds. In contrast, only eight of the 30 mostly held by traditional ETFs were lossmaking.

The rise of thematic ETFs has almost entirely fuelled the jump in concentration of ownership.

“The growth of more targeted thematic ETFs in 2020 had a profound impact on the data,” said Scott Chronert, global head of ETF research at Citi. “2020 marked a very important inflection. We are increasingly wary of individual stock impacts where more focused products dip into less liquid names.” The combined assets of US thematic ETFs have surged to $156bn, from $55bn at the end of 2019, according to Goldman Sachs, driven by strong performance, large inflows and new product launches.

As a result, thematic ETFs are now more important than sector-based ones, as well as some so-called style strategies such as low volatility and environmental, social and governance-based investing (ESG).

“Thematic ETFs have started to hit critical mass,” Goldman said in a recent note. “[They] are increasingly contributing to high passive ownership at the smaller-cap end of the spectrum,” particularly among technology, communications and healthcare stocks, which these ETFs tend to overweight at the expense of the consumer staple, real estate, financial and energy sectors.

Peter Sleep, senior portfolio manager at 7 Investment Management, warned investors to be “careful” about the impact of increasingly concentrated ownership.

“A lot of these [concentrated positions] are in narrow thematic ETFs and a lot of these are based on smaller companies where the price can be distorted,” he said.

“There are 4-5 companies where Ark owns 25 per cent of the share capital or more. Ark has grown so much so quickly then when you buy 25 per cent of a company you are going to ramp up the share price.

“But when there are outflows it will mean revert. [Their holdings] will start to fall more rapidly than would be the case because people know they are selling these companies,” Sleep said.

“If you know Ark has outflows and has 25 per cent of a company you would short that company. That is exactly what happened to [Neil] Woodford two years ago and [former Legg Mason fund manager] Bill Miller in 2007.

“[Miller] beat the S&P for 15 years in a row. Money flowed in. He underperformed, it flowed out. It was kryptonite for the share price. People were shorting the shares knowing there were outflows. You could see the same thing happening with Ark.”

Sleep was also sceptical about the outsized bets some thematic ETFs are taking in lossmaking pharma companies, warning that it typically takes “billions of dollars” and 6-7 years to go from discovering a molecule to completing human testing, during which time many companies may need to repeatedly raise fresh capital.

However Chronert said these companies’ prevalence in thematic ETFs was simply “the nature of the beast”, given that a need for diversification, allied to a desire to find companies that are “pure plays” on their chosen strategy, can force thematic ETFs down the size spectrum.

“The [small-cap] Russell 2000 index has 350 biotech stocks. They are going to be defined by early stage. Most are not going to have material earnings. Many won’t have material revenues,” he said. “The Russell 2000 has a very high percentage of companies that don’t make money.”

These minnows often have a relatively low weight within an ETF, however, Chronert said, even if the ETF owns a significant chunk of their share capital, lessening any potential fallout.

Goldman’s research suggests the concentration issue may have intensified since the turn of the year, with thematic ETFs posting organic growth of 24 per cent already this year.

It also believes the issue could be spreading beyond the US, warning that “strong inflows” of $6bn into European thematic funds so far this year, taking assets to $27bn, “warrant attention”.

Chronert agreed, saying “the world is moving to a core and satellite approach. Broad market exposure is very cheap and you can build satellite positions around that with factor or sector exposures and thematics.

“That is certainly going on in the US and I think the rest of the world as well.” 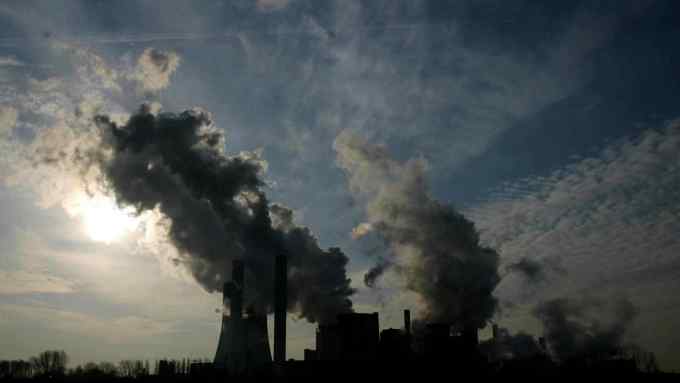