From the ‘Rolex Rippers’ to street thugs, crooks like an expensive watch because it is easy to pass on. Database is helping the trade to fight back

In the months preceding the pandemic, smash-and-grab raids on luxury watch shops were reportedly on the rise. But, with most retailers having brought down their shutters during lockdown, robberies of individuals have since dominated the statistics of global watch thefts.

A high-profile spate of such attacks in the south of England has been carried out by various gangs, including two women dubbed the “Rolex Rippers” who have targeted older men in car parks at higher-end supermarkets and golf clubs.

These thefts have highlighted the role of privately run services such as the Watch Register, the largest UK-based database that lists 70,000 stolen or missing watches with hundreds of new entries each month. The service was launched in 2014 as an offshoot of the Art Loss Register which began in the 1990s as a way to locate stolen works of art and reunite them with their owners.

A £350,000 Richard Mille Lotus F1 watch was ‘clipped’ from a victim’s wrist last month in as he waited outside a restaurant in St Tropez, France

Isobel Hallam of the Watch Register’s recoveries team says that it alone located 308 lost or stolen timepieces in 2020. In the seven months to the start of August 2021, 210 watches have been traced. The number of searches made on the register year-to-date is up by 9 per cent, too.

Such crimes are not usually one-off robberies by opportunists. Watch lovers in many other countries have suffered as organised crime gangs see rich pickings in targeting well-to-do people who enjoy the luxury of wearing an expensive watch. The advice from police is to be aware of the value of your watch and to decide when and where to wear it.

In the case of the Rolex Rippers, the thieves appear to favour a certain target demographic. “They typically go to a Waitrose supermarket car park because the clientele is largely 40-plus and wealthy,” says Tom Grimshaw, a watch crime specialist with the Flying Squad, part of the organised crime command in the Metropolitan Police.

“Working in pairs, these criminals observe people getting out of their cars and see if they have a decent watch,” he explains. “They pose as charity workers and claim to be working on behalf of the deaf as a cover for the fact that they don’t speak. They encourage the victim to fill in a form on a clipboard — and then knock them to the ground and rip off their watch.”

One victim, Alan Bruce, lost his £14,000 gold Rolex in Wimborne, Dorset, after being duped into signing a petition for a new centre for the deaf. Other attacks have occurred in Gloucestershire, Hampshire and Surrey. Bruce, 63, who described the thieves as “highly trained professionals”.

Others who have been targeted by watch crooks include Richard Skelhorn, 41, an online gaming entrepreneur, and Lando Norris, the Formula 1 racing driver.

Skelhorn’s £350,000 Richard Mille Lotus F1 watch was “clipped” from his wrist last month in “no more than two seconds” as he waited for his chauffeur to collect him from a restaurant in St Tropez, France.

One of the most violent robberies this year happened to Shay Belhassen, a jeweller from Los Angeles, while at lunch in a Beverly Hills restaurant in March. Three armed youths attacked him from behind and fled with Belhassen’s $500,000 rose gold RM 11-03 Flyback Chronograph.

It is precisely these kinds of thefts that the Watch Register was created to combat. The company takes information about stolen watches from the police, insurers, dealers and individuals, listing them by brand, model, serial number and any unusual features. If available, photographs are added to the entry, which stays on the database until the watch is recovered.

The register’s global reach was evident recently when a Patek Philippe Nautilus, taken in 2018 in a robbery in London, was looked up by a dealer in New York. After it was found on the database, the Watch Register contacted the American police and the watch was recovered on the same day.

Only Watch Register staff can make a search, which stops criminals checking to see if a watch they have stolen is being looked for. Dealers, jewellers and pawnbrokers can contact the register and submit a one-off search for £10. By sending the make, model and serial number, they can receive confirmation of the watch’s status in minutes. Dealers can also pay for a bundle of searches or take an annual subscription.

When a watch is eventually traced, the register charges a 5 per cent finders’ fee based on its value — or 20 per cent if it carries out the extra work to reunite a watch with its owner.

Hallam says that cases of fraud are also becoming more common “with scenarios happening on both sides of the transaction” — for example, buyers using stolen credit cards to pay for watches and some sellers not dispatching a watch after taking payment.

“Earlier this year, we even received our first cryptocurrency fraud registration: a high-value watch had been fraudulently obtained using Bitcoin.”

But while the Watch Register’s database continues to grow, there is still an absence of a single unified system for registering lost and stolen watches, as other businesses now provide similar services. Singapore-based MyStolenWatch.com and Dresden-based ChronoBase have both been operating in parallel to the Watch Register, each with their own unique systems and databases.

Not all of the individual robbery methods are the same, either. Two years ago, Grimshaw helped solve a “switch” carried out by a 33-year-old couple with their six-year-old son in tow. The couple were looking at a £68,000 Audemars Piguet Royal Oak watch in Harrods in London and swapped it for a fake that they had hidden in the hood of the boy’s jacket. Staff called in the police the next day and the family was arrested as they tried to leave the country. The parents were jailed.

Although instances of individual watch thefts have been rising, Grimshaw expects store robberies will pick up again as global lockdown restrictions are eased gradually. Rolex is the most targeted make but criminals have been known to pursue other brands such as Omega, Breitling, Tag Heuer, Breguet, Cartier and Patek Philippe.

“Think about where you are going and then decide whether or not it is really a good idea to go there wearing an expensive watch,” Grimshaw says. “It’s easy to feel secure in, say, an expensive hotel in Mayfair, but there could well be criminals watching guests coming and going, and preparing to strike. A watch is easier to steal and move on than a car, and a theft can be over and done with in seconds. Be wary of strangers coming too close and always remain vigilant,” he advises. 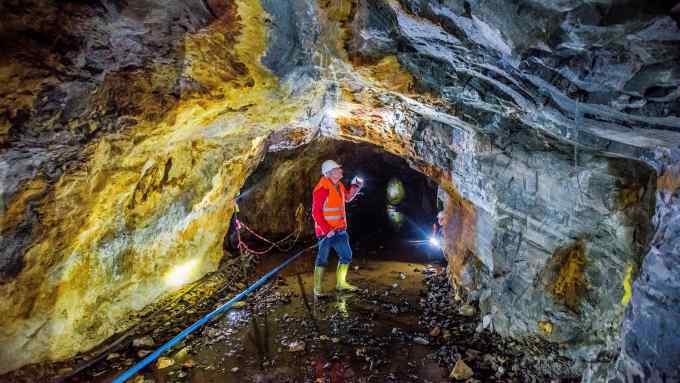