How To Spend It Jewellery

The jeweller and miner setting a new gold standard

The jewellery of Emefa Cole looks almost as if it’s been hewn straight from the earth. In her Vulcan series – examples of which are now in the collections of the V&A and The Goldsmiths’ Company – great rock-like chunks of oxidised silver combine with seams of organic, textured gold. The designs are at once elemental and majestic, referencing a “fascination with what lies beneath the surface” that began as a child growing up in Ghana. When she started her jewellery line in 2012, it was local tales of gold nuggets being washed up in rain storms that inspired her handmade pieces, created with the traditional lost-wax casting technique.

But in London, where Cole has lived from the age of 12, she found the industry removed from her early influences. “It is very easy for jewellers not to think about where the material comes from,” she says. “I wanted to be a bit more considerate and respectful about the materials I was working with, to make sure that the whole chain from supply to production is completely clean. No child labour, no dirty chemicals.” Looking for an alternative to the recycled gold she was using, she was pointed in the direction of a Birmingham-based company called Single Mine Origin.

“Traceability is the USP of SMO gold,” says Dan Betts, who began thinking about a mining initiative with his brother Charlie in 2007. “Normally, when gold gets sold by mines, it goes to separate refineries and everything gets mixed up. So how do you know where it came from or how it was mined? It’s almost impossible. And that’s the whole point of SMO: to provide a vertical integrated supply chain. You can go to Emefa’s jewellery and see exactly where it came from and exactly what that mining operation does.”

How do you mine it in a way that leaves a positive legacy to the people and the environment?”

The Betts brothers are ninth-generation gold-bullion dealers whose family business was established in 1760. “I’m an accidental miner, though,” says Betts. “I fell into it because I was adventuring, attracted to the wilderness of Africa. But then we discovered gold. And I’ve got to be honest, four or five years ago, the challenge of financing mines, building mines, employment… I was like, why am I doing this?” Focusing on the issue of traceability – and the longer-term aim of raising standards in the mining industry – gave Betts the purpose to continue, and SMO was founded three years ago. It now operates the Yanfolila Gold Mine in Mali and has also partnered with Endeavour Mining’s Ity mine, which employs some 2,000 people in Ivory Coast.

“SMO works in west Africa; I’m west African,” says Cole. “Using its gold just fits in with my work, my line of thinking and my childhood inspirations growing up in Ghana.” For one recent bespoke commission – a pendant for a British-born, Ghanaian businessman about to become one of the chiefs of his hometown in the Akan region – she used SMO gold from the Ity mine. “For this piece, it was vital that the gold was traceable to west Africa because it’s culturally significant,” she says of the triangular design based around traditional local jewels, and strung on a necklace of matte onyx beads. For Cole’s new coin-like, initial-adorned Sika pendants (£1,500) meanwhile, “the mine in Mali is perfect, because they are inspired by Mansa Musa” – the ninth ruler of the Mali Empire, whose legendarily lavish gifting of gold bars while on pilgrimage to Mecca in 1324 devalued the price of gold for over a decade. 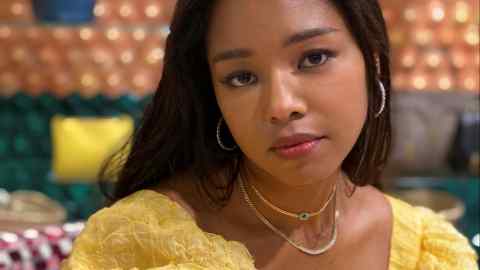 “For me, there’s something very beautiful about working with the Ashanti lost-wax casting techniques in mind, and working with Akan gold,” says Cole, who was apprenticed to the goldsmiths of the Asantehene (the king of the Ashanti) in Kumasi, Ghana. “I’m also now sourcing gems from mines and cutters on the African continent, and it just gives my work more depth, more meaning.”

“Meaning” – and how to find it in an essentially unsustainable business – is also key for Betts. “It is impossible to have a sustainable mining operation because you take a finite resource and then it is gone,” he says. “So the question is, ‘How do you mine it in a way that leaves a positive legacy to the people and the environment?’ It’s a bit of a grand vision, but I think mining can be a force for good, enriching the local community in terms of health, environmental protection, education and alternative livelihoods.” Initiatives between the two SMO mines range from sponsoring teachers and nurses to building sports facilities and preserving biodiversity. “At Ity, they’ve created market gardens that employ about 1,000 people, and things like that are sustainable.”

While SMO isn’t the first to offer responsibly sourced gold – both Fairtrade and Fairmined do the same, working with artisan miners – it is doing so on a more commercial scale. “I think SMO gold could be really big: industry changing,” says Betts, who envisions the SMO stamp becoming a demand among retailers. “To have Emefa adopting SMO gold and showcasing it, the power of that is huge. It can, we hope, be leveraged to get the whole mining industry to sign up to this movement.”