How to stay mentally fit

The human brain remains ‘plastic’, even in adult life

You may not want to hear this: retirement is a new opportunity for work.

There is a strong argument for abolishing the concept of retirement and thinking instead of finding a different kind of work to keep ourselves mentally and physically fit.

So what do we need to do to stay mentally fit and keep our minds nimble? The answer is to keep going.

“In the beginning when you retire, it might feel more like a holiday,” said Gabriel Heller-Sahlgren, director of research at the Centre for the Study of Market Reform of Education and a Ph.D. student at the London School of Economics.

Researchers have long assumed that only well-educated and healthier people benefit from working after a certain age. Lately, however, scholars and retirees themselves have been exploring an intriguing question with implications for both workers and policymakers. Is a job a force for keeping older people mentally and physically healthy? The evidence is beginning to point that way.

Adding a piece to the puzzle is research by the American Association of Retired Persons. Its AARP Experience Corps is a group of Americans aged 50 and over who have volunteered to work in elementary schools. The project started in five cities in 1995 and has since expanded to 20 metropolitan areas. In a series of studies, volunteers found physical benefits from travelling to and from school, as well as cognitive gains from interacting with children. Work, to coin a phrase, really works.

The chief medical officer for England, Professor Dame Sally Davies, said in 2016 that older people should consider working into their seventies for the good of their health. Those aged 50 to 70 are better off staying in work, or taking up new hobbies to keep them physically and mentally active in retirement.

Dame Sally, who is 68, has no plans to retire, and she urges others to follow suit. “Staying in work, volunteering or joining a community group can make sure people stay physically and mentally active for longer,” she says. “The health benefits of this should not be underestimated.”

Technology, often touted as a boon to the elderly, can be the enemy of good mental health not just for those who are retired, but those who are in full-time employment.

Relying on tech to “do it for you” can make us mentally lazy. For example, can you remember the phone numbers of any friends or family members? Now our phones do it for us, presenting a list of names rather than numbers. Similarly, memorising routes has been replaced by using a satnav. As for general knowledge, with the advent of internet search engines, being able to instantly recall facts and figures is no longer so impressive.

Research by University College London into the brains of trainee taxi drivers showed that those who had passed the famous “Knowledge” test to learn routes across the city’s 25,000 streets and thousands of places of interest had a greater volume of grey matter in their posterior hippocampus — the nerve cells in the brain where processing takes place — than when they started.

The research suggested that structural brain differences may have been acquired through the experience of navigating. The brain had made room for a mental representation of London in their heads.

“By following the trainee taxi drivers over time as they acquired — or failed to acquire — the Knowledge, a uniquely challenging spatial memory task, we have seen directly and within individuals how the structure of the hippocampus can change with external stimulation. This offers encouragement for adults who want to learn new skills later in life.”

“Brain-training” is one way the rest of us can emulate the beneficial effects after we retire. A study was conducted by a US team at the Advanced Cognitive Training for Independent and Vital Elderly (Active) in 2014 where participants were given computer-based training sessions for memory, reasoning and speed of processing information. Similar trials have involved the use of mnemonics for remembering lists, or identifying patterns and sequences to solve problems.

Dr Richard Hodes of the National Institute on Ageing has claimed the training can provide a lasting benefit a decade after it has been undertaken.

Tests showed that 73.6 per cent of “reasoning-trained” participants were still performing above their pre-trial baseline level compared to 61.7 per cent of control participants who received no training. The participants averaged 74 years of age at the beginning of the study and had an average of 14 years of education.

Millions of people worldwide now do some form of computer-based brain-training every day. Many believe that by regularly “exercising” the brain with special tests and puzzles, brain function can be improved. 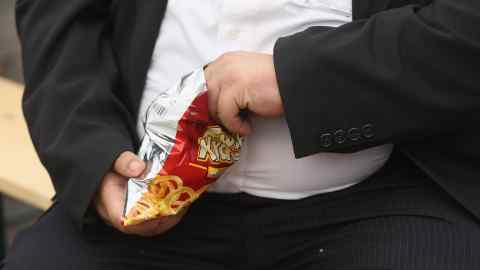 Over-50s showed improvements in the benchmarking tests after six months of brain training games. They improved in both verbal learning and reasoning skills. Those over 60 also became better at daily life tasks such as handling finances or remembering to take their medication. But while people got better at the game they undertook there was less evidence of overall improvement.

Learning a new language constantly exercises the brain, according to a study by Northwestern University in Chicago, which found that speaking more than one language makes the brain more prepared to take on other challenging tasks. And the more languages you can speak, the better for your memory, according to a separate study released in 2011 at the annual meeting of the American Academy of Neurology.

“It appears speaking more than two languages has a protective effect on memory in seniors who practice foreign languages over their lifetime or at the time of the study,” said its author, Magali Perquin, PhD.

Obesity has the opposite effect, however. Keeping trim is essential for good mental health, according to a study in the journal Human Brain Mapping. Senior author Paul Thompson, a UCLA professor of neurology, compared the brains of elderly people who were obese, overweight and of normal weight to see if they had differences in brain structure.

It found that obese individuals had, on average, 8 per cent less brain tissue than people of normal weight, while overweight people had 4 per cent less tissue. According to Prof Thompson this was the first time anyone had established a link between being overweight and having what he describes as “severe brain degeneration”.

New skills are valuable, but keeping up to date with old ones such as navigating without computer help, organising your finances and helping the next generation through formal and informal mentoring are likely to be just as helpful.