Split decisions: how siblings succeed — and fail — in business together

Family relationships can be a source of both solidarity and tensions, so the ability to define boundaries is crucial

The last time I interviewed property tycoons Nick and Christian Candy together was over a game of Monopoly at One Hyde Park, their then newly built luxury apartments in Knightsbridge, London.

While Monopoly is hardly conducive to family harmony at the best of times, it was striking how close this contest came to descending into bickering between the brothers over opposing strategies of building and selling.

Far from following similar approaches, the siblings played in quite different ways: Nick buying anything he landed on, from railway stations to Mayfair, while Christian focused his spending on a narrow group of prime properties.

But, as the game reached its climax, the brothers suddenly aligned their interests: they merged their portfolios and swiftly brought the game to defeat for me and victory for Candy and Candy.

And that, it seems, is the primary benefit of working with a sibling: at the end of the day, your brother or sister always has your back.

Family relationships can often prove the bond that keeps the company going through the toughest of times. Or they can be the source of simmering tensions that rip companies apart and put families at feud.

“The siblings team is the most difficult team to make happen in a family business context,” says Denise Kenyon-Rouvinez, adjunct professor at the John L Ward Center for Family Enterprises at Northwestern University’s Kellogg School of Management. “Siblings argue and are often in opposition. This said, if siblings can learn and accept that their differences are in fact their strengths, then sibling teams become some of the most powerful teams there can be behind a business.”

The Monopoly game was a reflection of the Candys’ relationship at the time, working together but focused on different areas of their business, which developed and designed a portfolio worth billions of pounds of properties in the UK, continental Europe and the US.

The 48-year-old Christian was seen by many in the property sector as the “numbers guy”, whose development company was behind the construction of One Hyde Park and who would prefer to keep out of the spotlight and worry about cash flows and debt finances. Meanwhile, Nick, 49, was the face of the company’s schemes and led its more creative elements. A spokesperson for Nick said he would be unable to help with this article owing to travel commitments.

Often siblings see an advantage in having complementary skills in managing their business. The need to maintain an equitable split ownership structure can be demanding, so many sibling managers each take responsibility for a distinct set of functions, products or services, which can help avoid unnecessary tensions.

“A sound governance system and clear processes are needed,” says Kenyon-Rouvinez. “Siblings need to know who decides on what and respect their respective line of authority to avoid unnecessary arguments and fighting.”

Brothers Reiss and Kristian Edgerton founded women’s clothing company Aybl in 2018 and share many responsibilities. Reiss, though, handles more of the marketing, operations, ecommerce and merchandising, while Kristian has a greater focus on design, brand and logistics. “But we both get stuck into everything; we are equally involved in finance,” says Reiss.

Reiss says fraternal trust is a key advantage. “Far too often have you seen business partners fall out, usually over money. We are both working together as brothers. Sharing the same last name counts for something in our world.”

When I call Raissa de Haas, she immediately puts me on speakerphone so I can also talk to her twin, Joyce. The sisters co-founded spirits mixer company Double Dutch. As in many other sibling business relationships, the pair split their roles clearly. Raissa handles exports, sales and marketing, while her sister looks after the finance and operational sides.

This was not because either had any greater aptitude for these roles, Raissa says — although she admits her sister has become more interested in spreadsheets, whereas her own passions lie more in branding.

Raissa sees it as beneficial to work with someone she knows almost as well as herself. “It is super-efficient to be in a business with a sibling,” she says. “You can 100 per cent trust each other. We are both 100 per cent passionate about Double Dutch and have the same long-term plans.”

Entrepreneurs Valentina and Silvia Cangiano have also found a natural way to divide the work in their business, a high-end brand management agency called Style Lab that advises companies such as Bentley Motors.

Originally from Bordighera in northern Italy, the sisters opened a boutique in London in 2008, then, in 2013, launched Style Lab. Like the Candys, they quickly found that their patterns of work were neatly divided, one handling the creative side and the other the commercial. “I have the more creative mind and work with the concepts,” says Valentina, the elder of the two, at 39 to Silvia’s 36. “She closes the contracts.”

Valentina says the two sisters are very close, helped by a typically Italian sense of the importance of family. “What we have achieved is a source of family pride. We stay together no matter what,” she says. “We always have each other’s backs.”

Andrea Colli, head of the department of social and political sciences at Bocconi university in Milan, says siblings normally share “the same cultural background, values, culture and vision of the world”. He adds: “This allows them to agree more easily on a set of corporate values and cultural settings, which may be incorporated in the business. When siblings work in the same company, this strengthens the cultural identity of a company.”

Managing egos can be complicated in families, and no one wants childhood resentments becoming adult divisions. Rivalries around positions of power and lines of command can become flash points, admits Kenyon-Rouvinez, alongside arguments over remuneration.

You don’t have to be diplomatic. With a twin it’s a five-minute argument then, 10 minutes later, it blows over

Property is a sector where brothers seem to prosper, however. David and Simon Reuben started by trading in the metals market but went on to build an extensive portfolio of properties across London. Beginning in the 1960s, David and Frederick Barclay also created a business empire that included property, retail and media assets, notably ownership of Telegraph Media Group. Topland, another property investor, is owned by Sol and Eddie Zakay, while Vincent and Robert Tcheguiz have been prominent real estate owners in London.

Not all relationships last, though. The Barclay twins had a bitter and high-profile falling-out, with details of their relationship exposed in High Court disputes after the death of David.

Both the merits of sibling-led companies and the potential dangers are evident in family and business cultures around the world. Among the best known sibling bust-ups was in the Ambani family, one of India’s richest commercial clans.

In the late 2000s, Anil Ambani sued his brother Mukesh for defamation, accusing his company of “plain and simple corporate greed”, although the pair have since split their holdings and patched up their relationship. The brothers’ Reliance group was first divided between them in 2005 after their father Dhirubhai’s death.

The dynamics between siblings such as the Ambanis who have inherited wealth and a business empire can be different to situations where siblings have created their own venture. Colli says that, in these cases, “the founder or the generation passing the command [needs to] makes choices establishing some kind of primacy or hierarchy, taking into account the attitudes of the different siblings and their competences in terms of leadership — which are not to be confused with technical competences”. He adds that the family “must realise that there are differences among siblings in terms of leadership, charisma and authority”.

Succession planning can cause problems. The Murdoch media empire is frequently cited as an inspiration for hit streaming series Succession, a tale of warring, duplicitous brothers and an equally Machiavellian sister who will stop at little to take control of the family business. In the real Murdoch family, too, there are questions about which of three children will succeed their father Rupert, 91, as head of the business.

Colli says there are two alternative models that can help in succession planning. The first avoids selecting a leader among the following generation and instead appoints someone outside the family to run the business, with the family retaining control through a holding company or trust. The second is to appoint someone external to the family to select the son or daughter best endowed in terms of competence and leadership.

But, even when siblings achieve commercial success, working together has its downsides, in particular in the blurring of work and family life.

The name of Raissa and Joyce de Haas’s company, Double Dutch — so named because they are twins and were born and raised in the Netherlands — leads many to assume they will always be together, she says. “It’s not always helpful.” Any family gathering quickly becomes a sales meeting, says Raissa. “There has never been a Christmas that we don’t talk about Double Dutch . . . but it’s super-efficient, too.”

Valentina Cangiano also says that her closeness to her sister surprises some clients, with the pair often working all day, then spending evenings together. But she adds that they can draw lines between work and downtime, especially when it comes to disagreements during the working day. “I can have a rough day at the office with Silvia, but then that’s it.”

Colli says siblings tend to tolerate higher degrees of inefficiency than other business partners. Valentina, however, says that, when differences do occur, family bonds cannot extend to overlooking faults. In fact, she suggests there is nothing like the honesty and candour of a close sibling to see through attempts to hide issues or avoid decisions. “If I have done something wrong, then she will tell me, and vice versa. There is a lot of trust,” Valentina says.

Many siblings in business together say flexibility is important when joint decisions have to be made, but that a joint front is also often needed with staff, customers and investors. Valentina says her close relationship with her sister helps with decision-making.

“If we have a different point of view, then we try to work it out,” she says. “It goes beyond the financial — it’s not about being greedy with each other. Competitiveness can be good if positively taken — we try to push each other. We have had to count on each other’s opinions.”

Raissa de Haas says her relationship with her sister means they can be honest with each other without fear of a serious fall-out. “You don’t have to be diplomatic. With a twin it’s a five-minute argument then, 10 minutes later, it blows over.”

Reiss Edgerton says a work-life balance between siblings can offer the best of the best in partnerships. “I don’t think there is a business partnership in the world that hasn’t had disagreements — we are not an exception,” he says. “We play golf together every weekend and I can’t remember a disagreement following us on to the course.

“A good partnership understands each other’s strengths and weaknesses. Always keep your ego in check — it’s easy to forget where you came from.” 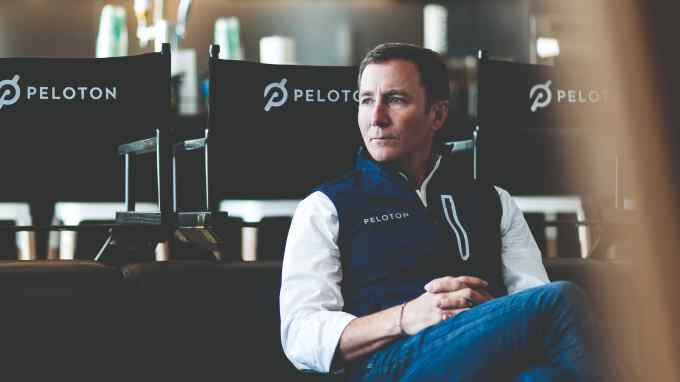