Coronavirus pain will not be evenly spread across tech sector

Daniel Dines, chief executive officer of UiPath, began grappling with a shift in the outlook for growth companies well before the health crisis that brought large parts of the global economy to a standstill.

After his robotic process automation company enjoyed a massive growth spurt between 2015 and 2018 — which placed UiPath second on the FT’s inaugural ranking of the fastest-growing companies in the Americas — revenue more than doubled again in 2019. According to Mr Dines, though, the investment climate changed last year, forcing companies like his to turn away from the dash for growth.

“The market has switched from growth at all costs to sustainable growth. Companies need to adjust quickly to the business environment,” he says. The coronavirus shutdown has given this adjustment a new immediacy. If sustainability had already become the new goal for many growth companies, it has now been replaced by an even more urgent imperative: survival.

Viewed from the depths of an unprecedented global crisis, the FT list already carries nostalgic memories of happier times. The list was compiled with Statista, a research company, and ranks entrants from across the Americas by compound annual growth rate (CAGR) in revenue between 2015 and 2018.

Most companies on the ranking are private and have no obligation to disclose their revenue. That inevitably makes it incomplete. But the list still provides a rare glimpse into a group of up-and-comers caught at a stage of hypergrowth — at least, that is, until the pandemic struck.

Not surprisingly, the ranking leans heavily towards technology. Roughly a quarter are pure tech companies, while others have thrived by applying tech to well-established industries like finance and commerce.

Tech’s dominance extends beyond North America to other parts of the region. In Latin America, the years after the millennium saw a wave of new retail and consumer brands shoot to prominence on the back of rising middle-class prosperity in countries like Brazil and Mexico, says Francisco Alvarez-Demalde, a partner at Riverwood Capital, a US investment firm. But now the focus has shifted: “Technology by itself has become the biggest growth theme” in the region, he says.

Among the fastest growing, those developing software have been among the quickest to reach significant scale. They include Vlocity in customer relationship management software, Exabeam in cyber security, as well as ecommerce and data platforms like Mohawk and Segment.

“Digital transformation has become a top priority for every [business],” says Soma Somasegar, a managing director at Madrona Venture Group in Seattle, one of UiPath’s backers. Pointing to the kind of back-office automation UiPath enables, he adds: “For all the progress we’ve seen, we’re barely scratching the surface.”

As software moves deeper into the business world, it is also acting as a wedge for companies trying to break into big industries that have been relatively immune to technological disruption in the past.

In terms of 2018 revenue, for instance, international freight forwarding company Flexport, with $441m, is third behind only Snap, which owns social media platform Snapchat, and Niantic, the augmented reality developer behind the Pokémon Go video game.

The business in which Flexport operates is large, complex and highly fragmented, says Trae Stephens, an early investor and board member. “There’s no single product they’re building — it’s about building efficiencies across a very broad stack of things,” he says.

Complex fields like this could represent some of the next big growth markets — though the specialist skills required make it very different from operating a traditional software business. “There are definitely opportunities” in a number of industries, says Mr Stephens. “But there haven’t been that many successes.”

Yet the crunch in international commerce this year is likely to hit companies like Flexport hard. Far from thinking about how to maintain stellar growth records this year, most of the companies on the ranking will be focused instead on making sure they are adequately capitalised, have the liquidity to meet immediate cash needs and can retain the flexibility to catch a business rebound, if and when it comes. 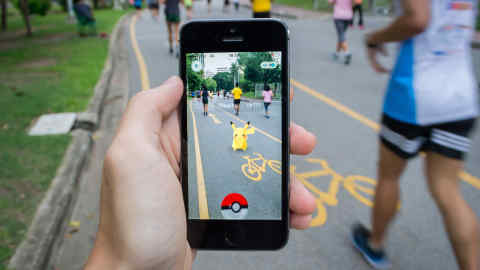 Growth at Snap, the fastest-growing public company in the ranking, is projected to slow to 13 per cent this year, from 45 per cent in 2019, before an expected rebound to 61 per cent in 2021. Uber is following a similar trajectory with growth falling to 9 per cent in 2020, before an anticipated recovery to 32 per cent next year.

Companies like these, with more than $13bn of cash between them, are well positioned to weather the downturn. For other growth companies in promising new markets, the Covid-19 crisis is likely to accelerate a shakeout that was already on the cards.

In the field of AR, for instance, Niantic, the top-ranked company, is still riding the wave of success that began with the launch of Pokémon Go in 2016. But another AR pioneer, Magic Leap, has already cut half its staff this year as investors recoil from making big new speculative bets.

Rony Abovitz, the company’s founder, blamed the economic shutdown for a slump in the “availability of capital and the appetite for longer-term investments”.

The pain will not be evenly distributed. Demand for some digital services has jumped as businesses and consumers adjust to the new realities of a world in lockdown.

UiPath’s revenue in the first quarter actually topped the internal forecast, according to Mr Dines, as companies were forced to automate some activities that could no longer be handled by office workers.

Most growth companies, however, are likely to experience a severe revenue hit. Few will come out completely unscathed from this period of contraction and consolidation — however, those with greater financial stability should emerge in a position of relative strength. UiPath, which raised $500m a year ago, is already thinking about the hiring and M&A opportunities that will come from being one of the survivors, Mr Dines says.

If the coronavirus crisis is followed by the kind of sluggish global recovery many economists predict, then the level of growth represented by the companies in this ranking is likely to remain at a premium. How many of these businesses survives to enjoy the rebound is another matter.