Investments across borders within the Asia Pacific region have shifted in emphasis over the past decade, away from China. You only have to look at the changing skyline of Ho Chi Minh City, for instance, to see where some of the money has gone to.

Almost 50 skyscrapers have shot up in Vietnam’s urban economic powerhouse since 2008. As in many other metropolises across the region, much of this development has been driven by foreign investors.

Asia Pacific has become the world’s most popular destination for foreign direct investment, taking in almost half of all spending globally in 2018, according to the UN’s Economic and Social Commission for Asia and the Pacific (Escap). The UN figures comprise cross-border deals and on the ground projects — about $600bn and $300bn respectively. Intraregional foreign investment, excluding Oceania, has also grown markedly over the past decade.

Coronavirus is likely to suppress these trends, as it slashes multinationals’ cash to fund cross-border expansion. But investors can still benefit from weighing the underlying trends.

Foreign investment within Asia Pacific, excluding Oceania, has shifted drastically, according to research by fDi Markets, a Financial Times database that tracks announced and launched greenfield FDI — that is, on-the-ground investments that create new jobs and facilities. The number of announced projects is used by fDi Markets for predicting investment trends because they require long-term commitments, including capital expenditure, over many years.

China in particular has become an important investor into the rest of the region. Some 15 years ago, it accounted for 4.7 per cent of intraregional investment. That has jumped to nearly 20 per cent, with China now the top source of FDI after Japan.

At the same time, intraregional investment into China has fallen in most sectors for almost two decades, says Lawrence Yeo, chief executive of AsiaBiz Strategy, a Singapore-based consultancy.

Production costs are cheaper and labour productivity has improved in the Association of Southeast Asian Nations (Asean) countries, he says. “In comparison to Asean, China is perceived by some investors to be losing its competitive edge due to a stronger currency, which makes exports more expensive.”

China wages have increased, becoming expensive in comparison with the cost of labour in India, Vietnam, and Indonesia, he says.

Indeed, Asean’s share of intraregional foreign investment was a whopping 47 per cent of capital investment in 2019. At the same time, Asean has also become a leading source of FDI to Asia Pacific, excluding Oceania.

It has enjoyed strong growth in FDI for financial services — Asean’s top sector for foreign investors — but also in manufacturing, especially textiles and automotive components. In the past two years, manufacturing drew an unprecedented amount of Chinese money, driven partly by the US-China tariffs war.

Although intraregional foreign investment into Indonesia and Thailand has focused noticeably on heavy industry and manufacturing, Asean as a whole has increasingly drawn FDI for the services sector. Singapore was the principal beneficiary of this, and has at the same time become the top destination for regional companies setting up headquarters.

Even before the political unrest in Hong Kong, Singapore’s financial services sector had begun to attract more foreign direct investment than its rival.

When it comes to innovation, the city-state’s start-ups drew more than $7bn of global venture capital in 2019, although that is some way behind India and well below China — both far more populous — according to PitchBook, the data provider.

“Hong Kong is losing a bit of [its] shine, while Singapore is coming up as one of the preferred destinations for fintech and technology investments,” says Dario Acconci, head of south-east Asia at corporate services firm Hawksford.

The sector that has enjoyed the sharpest growth in FDI is information and communications technology (ICT), with China, India, Hong Kong and Singapore respectively the top destinations for intraregional investment spending.

China has ramped up investment for five years into India’s ICT sector, which was already an important investment target, especially in research and development projects.

Other sectors seeing rapid growth in intraregional FDI are renewable energy, hotels and tourism, and real estate, with China and Vietnam recording the most foreign investment projects.

Generally, intraregional investment to Asia Pacific’s smaller countries has grown strongly for a decade, with Cambodia, Laos and Sri Lanka standing out. Even Japan — the regional heavyweight, but traditionally a limited market for intraregional FDI — has increasingly drawn investment from China, South Korea, Singapore and Hong Kong.

Above all, however, coronavirus is casting a shadow over the whole region. “Corporate strategists and strategic planners can rip [up] all their previous three-year strategic plans and start afresh,” says Mr Yeo. “Post-Covid may see a negative growth of double digits for 2020 and a single-digit negative growth for 2021.” For investors, identifying strategic assets for medium and long term investment will be vital.

The writers are reporters at fDi Magazine, an FT publication 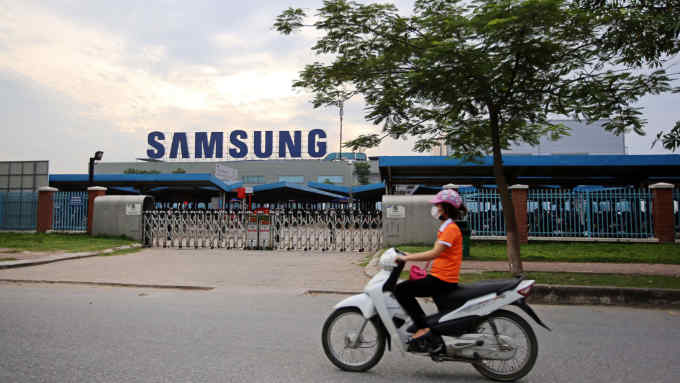