Will virtual reality and AI help us to find love or make us lonelier?

As matchmaking becomes more scientific, tech will even mimic kisses

Two lovers hold hands across a table, overlooking a virtual vista of the Mediterranean. As the pair exchange sweet nothings, the fact they are actually sitting thousands of miles apart bears little significance on the romantic experience.

The couple was deemed “hyper-compatible” by online dating technology that matched them using a search engine infused with artificial intelligence (AI). Using data harvested about their social backgrounds, sexual preferences, cultural interests, and even photos of their celebrity crushes, they were thrust together in a virtual reality of their own design.

This technology is in the early stages of development. Some dating apps are already using AI to analyse chats and encourage users to set up dates, for example, but as technology is refined over the coming decades it is likely to become even more powerful.

For those concerned that chemistry might be a vital missing ingredient, one method also incorporates DNA analysis. Dating app Pheramor, developed in Houston, claims it can help people find love according to their physical chemistry and “social alignment”.

Users are sent kits to swab the insides of their mouths, which the company uses to sequence 11 genes that it says are related to attraction. The system then combines the genetic information with a social profile — built by users sharing their social media information — to offer a host of potential mates to choose from.

A 2013 study of married couples, commissioned by eharmony, a dating site, and conducted by the universities of Harvard and Chicago, found that couples who met online were marginally less likely to break up. They also reported greater satisfaction in their relationships compared with those who met offline.

By 2050, with improved technology, the hit rate may increase further. But with your perfect partner possibly living on the other side of the world, can electronic interaction really compete with physical closeness?

Prof Adrian Cheok, director of the Imagineering Institute research project, thinks advances in technology will help to close the gap. “We’re only just beginning to see what can be achieved through virtual reality,” he says. “Vision and hearing are, in many ways, the easiest senses to replicate. The coming challenges are taste, touch and smell.”

Devices that incorporate these more complex senses are already being tested. The “Kissenger” (a portmanteau of “kiss” and “messenger”), developed by Prof Cheok and PhD student Emma Yann Zhang, allows users to smooch from anywhere in the world via an interactive silicon “lip”, so long as they have an internet connection. While Prof Cheok says investors have shown some interest in taking the product to market, he thinks this is a way off.

But he believes humans will find emotional satisfaction in virtual encounters. “People want to be connected. If someone’s logged into this virtual world and is, for all intents and purposes, ‘sitting in front of you’, giving you their full attention, regardless of whether they’re not physically there, it will be a satisfying encounter,” he says.

However, this all rests on one premise: that the partner being projected in front of you is another human being. But what if they are a digital avatar?

“A huge number of people already spend a lot of time communicating over the internet, be it on social media, via online gaming or chatroom forums,” says Prof Björn Schuller, an AI expert at Imperial College London. “It’s not a huge stretch of the imagination to think these interactions could be replaced by a digital automation.”

After the success of the trial, the Saijo authorities created a paid rental service for older citizens. It is not inconceivable that this might spread to younger generations, too.

A 2015 survey conducted by Japan’s ministry of internal affairs and communications found 40 per cent of respondents in their twenties or younger either wanted to use or would consider using robot companions.

However, those seeking love with robots will be indulging in “escapism” that cannot compete against real people, argues Dr Georgina Barnett, a psychologist and managing director at Seventy Thirty, a dating agency for wealthy professionals.

“A virtual partner could be perfectly aligned in terms of interests — programmed to say all the right things so that the ‘relationship’ is always harmonious and rewarding,” she says. “But no machine could ever match the intimacy, spontaneity and emotional connection of two human beings.”

But Prof Schuller disagrees, and believes human interaction could become “frighteningly replaceable”. “As they [robots] become more socially and emotionally competent, we will naturally begin to feel more empathetic towards them.

“As we speak, machines are being trained to understand humans better, through the tone of a person’s voice, their facial expressions, their heart rate . . . They will become more charismatic and personalised, capable of mimicking your regional dialect or even your sense of humour.”

What this new world of virtual love might mean for human-to-human interaction is the most frightening prospect, says Prof Schuller. “We will effectively be competing against machines for attention,” he says. “And I’m not sure how we’ll do.” 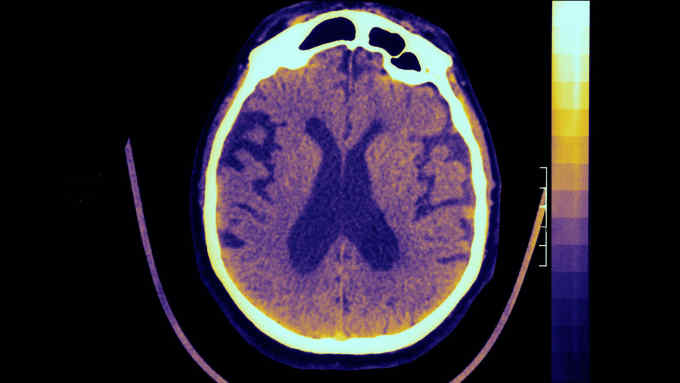