Anna Nicolaou in New York and Tim Bradshaw in London

Apple has committed more than $6bn for original shows and movies ahead of the launch of its new video streaming service, a ballooning budget aimed at catching up with the likes of Netflix, Disney and AT&T-owned HBO.

The iPhone maker has been preparing its foray into media for years, after hiring Jamie Erlicht and Zack Van Amburg, two well-known executives from Sony Pictures Television, to lead the charge in 2017.

The pair were initially armed with $1bn to commission original content over their first year but the budget has expanded and the total committed so far has passed $6bn, according to people familiar with the matter.

The company has spent hundreds of millions of dollars alone on a star-studded series featuring Jennifer Aniston, Reese Witherspoon and Steve Carell called The Morning Show. According to people familiar with the matter, that amounts to a higher price per episode than Game of Thrones, which reportedly cost $15m for each episode of its final season.

The Morning Show ranks alongside science fiction drama See, which features Aquaman star Jason Momoa and is written by Peaky Blinders creator Steven Knight, as one of the most expensive shows on Apple’s slate.

Apple is looking to build a library of original programming to take on more established competitors such as Netflix. While Apple’s budget remains well below Netflix’s expected cash content spending of $15bn this year, its more generous payment terms are helping it to win deals in Hollywood.

Unlike Netflix, which often pays content creators over several years, Apple pays earlier in the production process, once certain milestones are hit, according to people familiar with its approach.

The company’s new TV+ service will go live within the next two months, according to people briefed on its plans, in an attempt to pre-empt the launch of Disney Plus, which Disney has said it would debut in the US on November 12. Both Apple and Disney released new trailers for their rival services on Monday.

FT SeriesJony Ive leaves Apple
What will Apple do without Jony Ive? 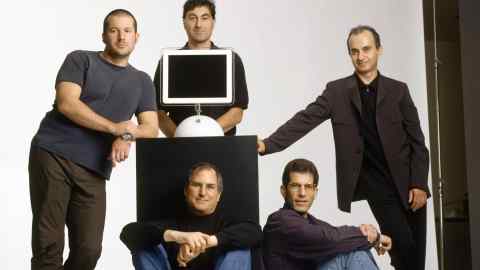 Apple has not yet revealed pricing or other key details for the TV+ subscription service, but said that new content will be added every month after the service launches in more than 100 countries. Consistent with Apple’s reputation for secrecy with product launches, the company has provided little information about the timing and details of the streaming service, even to the studios whose shows will appear in the new video bundle.

Apple’s splurge has raised the bar for the price of television shows, industry executives say. Apple declined to comment.

The latest push follows several false starts by Apple to break into the television business over the past decade.

The TV+ launch comes as Apple, under Tim Cook, chief executive, is looking to boost the company’s digital media and cloud services and reduce its dependence on the iPhone. The company aims to achieve $50bn in services revenue by 2020. 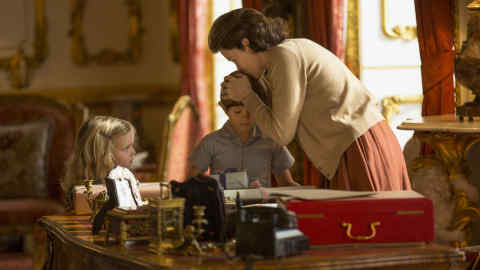 Mr Cook said on Apple’s most recent earnings call that he expected most people to “get multiple over-the-top [streaming] products”, adding that “we’re going to do our best to convince them that the Apple TV+ product should be one of them”.

Apple in March hosted a star-studded event at which Hollywood heavyweights including Oprah Winfrey and Steven Spielberg joined Mr Cook on stage to promote the streaming service. “They are in a billion pockets, y’all — a billion pockets,” Ms Winfrey said of Apple, as she launched her plans for new documentaries and live book club shows that will be exclusive to the iPhone maker.