We use cookies (opens in new window) for a number of reasons, such as keeping FT Sites reliable and secure, personalising content and ads, providing social media features and to analyse how our Sites are used.
Manage cookies
Accept & continue
Online learning

Business schools rethink how to make money in the digital era

Scott DeRue, dean of the Ross School of Business at the University of Michigan, thinks his employer needs a new business model. His idea sounds a lot like the music streaming service Spotify.

The university earns about $80m a year from licensing and option agreements on 160 patents and 422 invention reports. It has also taught more than 5m students through the creation of massive open online courses available on the Coursera platform — but the revenue from Moocs is minimal as most are offered for free.

Prof DeRue’s vision is akin to Spotify’s offering to music fans, with users able to download lectures and teaching material for a small subscription fee.

The dean is relaxed about giving away some teaching material for free as now happens with Moocs. However, he feels that the university should develop its own technology so it can control the provision of online courses that would count as credits towards masters degrees, for which it could charge fees.

This digitisation of learning makes full-time study on a campus more valued by those who can afford to do so, according to Prof DeRue. “As the foundational knowledge becomes more commoditised and democratised, colleges must innovate and invest in the student experience,” he says.

The University of Michigan is one of 149 higher education institutions globally to have partnerships with Coursera. Prof DeRue believes that it is only a matter of time before his university sets up its own rival service to compete with the California-based platform.

“I don’t see Silicon Valley educational start-ups as the enemy per se, but I do think competition is coming as they move from being Mooc platforms to education providers,” he says.

While the dean believes that digital platforms will be crucial to his school’s future success, Ross does not offer an online MBA. Prof DeRue does not rule this out but sees greater potential in the flexibility of selling online modules that could be combined to create a new qualification, tailored to a student’s needs.

Edtech start-ups are ahead of schools such as Ross in achieving this. Last year Coursera launched a paid-for version of its online learning platform for corporate customers, while FutureLearn, a London-based rival backed by the UK’s Open University, has signed deals with universities in the UK and the US to run paid-for courses that would act as credits towards existing bachelor degrees.

Mark Lester, director of partnership developments at FutureLearn, says that one of the biggest opportunities is short courses that enable people to gain new skills while still in a job.

“The trend towards short courses is forcing universities to face up to the reality that the market for postgraduate taught degrees is being disrupted,” he says. “People and employers do not always require a masters to prove their capability for a role. Smaller programmes better targeted to job requirements are now almost as worthy to a prospective or existing employer.” 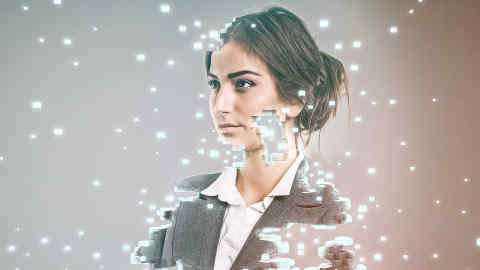 One of the original arguments in favour of making business education available online was that it would open learning to people in developing nations who are unable to relocate to Europe or the US, where most of the leading business schools are based.

There has been little success in achieving this ambition, however. A recent study in the journal Science found that students in the developing world are far more likely to drop out of Moocs than those in richer nations.

But schools in poorer countries have found ways to use online courses to generate revenues. The key is not necessarily the content, but how it is delivered.

St George’s University (SGU) in Grenada, for example, created a healthcare industry Mooc accessible entirely on mobile devices. More than 55 per cent of those taking this course live in developing countries and 23 per cent completed it, twice as high as the average for the university’s other Moocs.

The course is free, but for $50 students can get a credit recognised by the US National Board of Examiners. To date more than 3,000 students in 50 countries have done so.

Satesh Bidaisee, assistant dean for the School of Graduate Studies at SGU, says there has been a process of fine tuning content and the method of delivery.

“In the past we made the mistake of putting more general courses online, using other people’s delivery platforms,” he says. However, offering content via mobile devices makes it more accessible to people in poorer countries where PC ownership is low but many have a smartphone, he adds.

Offering content for free is also a way to showcase teaching and attract talented learners who might eventually become full-time students. Although the SGU course has created an additional revenue stream for the university, the bigger benefit has been to spread the business school’s brand globally, says Prof Bidaisee.