Get the newsletter now
Brexit

Unfazed by EU criticism of its “magical thinking” on Brexit, Britain is looking to a land of princes and fairytale castles for more creative ideas on how to trade with Europe.

The tiny principality of Liechtenstein, with a population of just 38,000, seems an unlikely inspiration for the UK as it aims simultaneously to leave the EU customs union, maintain frictionless trade with Europe and avoid a hard border in Ireland.

But the Alpine state’s place inside two separate regimes — the Swiss customs union and the EU-linked European Economic Area (EEA) — has made it a laboratory for Brussels-compliant, hybrid solutions to vexing trade problems.

Britain is exploring its system of “parallel marketability”, a legal fix agreed by the EU in 1995 that allowed Liechtenstein to straddle two distinct economic spaces with conflicting standards on goods.

One senior Whitehall official described it as “a very interesting idea”, with relevance to the effort to avoid a hard Northern Ireland border. “It is a good answer in theory,” said the official. “We need to look at how it would work in practice.”

The British cabinet is deadlocked over Theresa May’s “customs partnership”— an idea that would involve the UK levying both British and EU duties depending on goods’ final destination. As a result, there is now an even higher premium on hybrid ideas to straddle the political divide, both in Westminster and between the UK and Brussels.

“It is high time they looked at [Liechtenstein],” said Carl Baudenbacher, the former president of the European Free Trade Association (EFTA) court, which oversees the EEA agreement. “Better late than never.”

Mr Baudenbacher, now at barristers Monckton Chambers, argued the model was “a generalised concept that could be used in other circumstances”.

“It is not just tailor-made for Liechtenstein.”

So-called “parallel marketability” emerged more than 20 years ago out of another referendum-related conundrum. Liechtenstein voted to join the EEA in 1992, in spite of its customs union partner Switzerland rejecting the EEA a week earlier. That left the principality caught with one foot in two regimes.

The relevance for Brexit comes from the monitoring system. Importers are reimbursed if EEA tariffs are lower than Swiss duties. Exports, meanwhile, are required to match the standards of their destination market, whether that is Switzerland or the EU. Heavy penalties act as a deterrent against circumvention.

This allows an open border with Switzerland, even though goods circulate in Liechtenstein that do not meet Swiss standards, such as medicines, chemicals or genetically modified organisms.

“Two legal systems meet in one place …If there is no conflict between the systems, they are permeable,” wrote the late Dámaso Ruiz-Jarabo Colomer, a senior EU judge, in a 2004 opinion on “parallel marketability” for the bloc’s highest court. “If, on the other hand, there is conflict, the barriers are raised and the markets are sealed.”

Senior EU officials scoff at the thought of Liechtenstein, the world’s sixth-smallest country, providing a template for EU-UK trade relations. “This is definitely not a precedent for the UK,” said one. There are fewer than 10 companies making goods in Liechtenstein with more than 250 employees — a fraction of the figures for Northern Ireland.

Such an approach also fails to overcome one of the biggest Brexit problems: the customs border. Liechtenstein’s special arrangements still require customs checks along the border with Austria, its EU neighbour.

Yet the principality, whose capital Vaduz has fewer than 6,000 inhabitants, offers one of the few working examples of how conflicting standards for goods can be managed while minimising checks — a big challenge for Northern Ireland after Brexit. 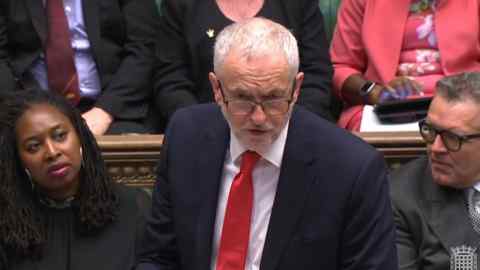 At present the island of Ireland is a single area for agricultural and food standards, separate from Britain. Should this continue after Brexit, Liechtenstein-style arrangements could facilitate the flow of goods from Northern Ireland to the British mainland, without the kind of heavy inspection regime rejected by Mrs May’s government and its allies in the Democratic Unionist party.

But given the complexities of Brexit, some experts doubt Liechtenstein’s relevance. “The context is very different,” said Christian Frommelt of the Liechtenstein Institute think-tank. “Northern Ireland is much bigger, we only have one or two border crossings where we have to deal with this system.”

One other element of Liechtenstein’s EEA deal is also unlikely to be offered to Britain: a hard-cap limiting EU migration, which was secured by the principality as a “transitional” measure but has nevertheless endured since 1995.