Icahn cuts Occidental stake but vows to pursue board seats

Carl Icahn re-upped his threat to launch a proxy fight at Occidental Petroleum, likening its governance to that of the shared office group WeWork in a new missive attacking its acquisition of rival shale oil producer Anadarko.

The billionaire investor said he would continue his fight to add new members to Occidental’s board, even as he cut one-third of his stake in the company.

In a scathing open letter to Occidental shareholders, Mr Icahn seized on news this week that Occidental plans to slash capital spending — including by half in the US shale heartland of the Permian Basin — as it pays down debt.

“Future growth has been sacrificed in favour of reducing the massive debt pile that Hollub and her board created to acquire Anadarko,” Mr Icahn wrote on Friday, referring to Occidental chief executive Vicki Hollub.

“OXY’s corporate governance is so bad that management doesn’t even attempt to defend it,” he added.

Mr Icahn said he had reduced his stake in Occidental by 10m shares to 23m, from 3.7 per cent to 2.4 per cent, leaving him with a $900m stake. He claimed he could no longer expose more than $1bn to a chief executive and board who, “in my view, have gambled the company to further their own agendas”.

Occidental shares closed at a low for the year on Thursday, but were up 2.7 per cent on Friday.

The 83-year-old activist investor is already suing Occidental for access to documents relating to the $55bn takeover of Anadarko earlier this year, which he has previously described as “fundamentally misguided and hugely overpriced”. The parties are waiting for a court ruling after a trial in September.

Mr Icahn is seeking to oust four Occidental board members, according to regulatory filings from July. Before he can do that, he needs shareholders to request a special meeting where he can present a so-called consent solicitation. 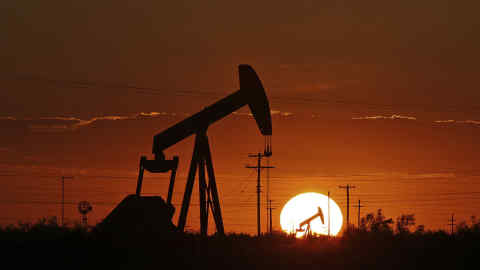 On Friday, he said that Occidental could become a name synonymous with “massive corporate disaster” and “a metaphor for an undisciplined management team” similar to WeWork and Enron.

“Sunlight is the best disinfectant,” he wrote, quoting Louis Brandeis, a former associate justice who served on the US Supreme Court. “We agree and believe the OxyDarko Disaster desperately needs some sunshine.”

Occidental has already conceded to one of Mr Icahn’s demands by saying it would make some corporate governance changes next year. It did not immediately return a request for comment on the latest open letter.

Get alerts on Carl Icahn when a new story is published