We use cookies (opens in new window) for a number of reasons, such as keeping FT Sites reliable and secure, personalising content and ads, providing social media features and to analyse how our Sites are used.
Manage cookies
Accept & continue
MBA

How to turn that MBA internship into a job

Hamish Forwood-Stokes is midway through an internship with Splittable, a financial services start-up with offices above a Vietnamese restaurant in the east London district of Shoreditch. The stint is part of his two-year MBA degree at London Business School.

The company, whose smartphone app helps housemates manage joint bill payments, has no budget to pay Mr Forwood-Stokes and he does not expect to secure a job afterwards.

But the 34-year-old Australian, who worked in strategy and product management for Sydney-based bank Westpac before relocating to London for his MBA, believes the post could still help him switch careers and secure a job in the technology sector.

Like many of his classmates at LBS, where 22 per cent of last year’s cohort found jobs in tech companies after graduation, Mr Forwood-Stokes would like to work in a large digital business, such as Google or Amazon. Or he may decide to be an investor for the kind of private equity firm that backs fast-growing start-ups.

But he faces problems. Private equity firms do not tend to hire directly from business schools, or offer internships to MBA students. Large technology companies prefer graduates with some knowledge of the start-up industries.

Hence the Splittable internship, which was organised through a matchmaking service run by LBS and Seedcamp, an early stage start-up incubator. This unpaid graft offers Mr Forwood-Stokes credibility among those hiring in the entrepreneurial sector, something he says his business school qualification alone would not provide.

Internships: students try before they buy

Shabnam Dutta received a job offer to join BP as a project manager before she had completed her MBA at Oxford’s Saïd Business School. It was a good offer, but she wanted to make sure it was the right one. So she decided on an internship in a different field.

“Loads of people were going into consulting, and I wanted to see if it was something for me,” Ms Dutta says.

It turned out it was not. Constantly moving from one problem to the next did not suit her, and when the internship was over she accepted the waiting job offer from BP. “I want to be present both for the inception and the execution of an idea, and as a project manager I get to stick around for when the benefits are delivered,” she says.

Ms Dutta is not alone in using the MBA internship as a way to explore. The FT surveyed 1,150 graduates from the top 100 business schools featured in its 2017 Global MBA ranking. The resulting data show that MBA students are using internships as a way to try employment sectors before committing rather than as a direct route to employment.

Out of the graduates who completed an internship as part of their MBA, 62 per cent went on to work in a different industry from that in which they completed their internship.

This was the case, despite 64 per cent of MBA interns being offered a job by the end of the internship. Out of those offered a job, only about half accepted.

Emerging disruptive businesses and digital start-ups are attractive alternatives to traditional MBA destinations, and students want to try before they buy.

“You tend to get a negative reaction when you say you are an MBA,” he says. “They say that studying business rather than doing it is not the real deal.”

Securing an MBA internship is relatively easy, but getting hired in the right role is less so. Experts say those who have the clearest goals are flexible like Mr Forwood-Stokes or can overdeliver on what is asked of them have the best chances.

Although Mr Forwood-Stokes is still hunting for a post-MBA job, he insists his start-up internship has increased his chances of securing one of his target roles. While his classmates with more traditional internships in sectors such as consulting may have more hope of securing a job with their internship company, there are no guarantees.

The best opportunities for future employment are often not advertised, and can only be found by tapping into a business school’s network of alumni and graduates, according to Ms Peltz.

“Students need to identify the factors that drive their motivation to work for a company, and should be able to articulate them when contacting alumni,” she says.

Securing a job with your internship employer is often more straightforward if you have worked in the same sector before business school. But the process can be complicated in unexpected ways.

Indian-born Rupinder Singh, who this month graduated from Spanish business school Iese, is about to begin a job at Rakuten, a Japanese ecommerce company, after interning at the company’s Tokyo headquarters last summer.

Mr Singh gained experience in the sector when he worked for Goibibo, India’s largest online travel booking service, before moving to Barcelona to study.

He was optimistic he would excel during his internship in Rakuten’s travel services team. But he was concerned about the difference in cultures between India and Japan, a country Mr Singh had not set foot in before starting at the company. While he admits he still has a lot to learn, including mastering the language, Mr Singh differentiates between the cultural differences he faces living in Tokyo with those he has to deal with at work, which he says are less of a barrier. 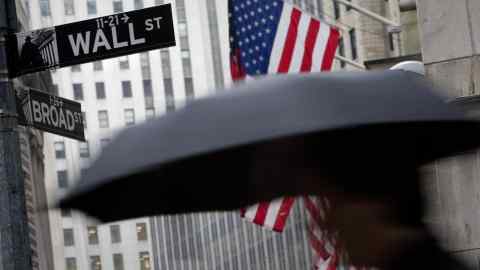 Mr Singh credits his success in securing the job to going above and beyond what was asked of him as an intern, generating product ideas that the company is now implementing, in addition to completing the project to which he was assigned.

Although this took a lot of effort, Mr Singh claims the senior executives he approached welcomed his interest.

“I did not want to waste my time,” Mr Singh says, adding that, although at times the extra work felt heavy going, there were plenty of opportunities to relax after office hours with work colleagues and the other 10 interns, with whom he remains friends.

“It helped that my goal was clear,” Mr Singh says.

He insists he was “100 per cent convinced” he would fit in at Rakuten when he arrived for his orientation session and met the man who is now his boss.

Maria Tsianti, senior manager of the careers service at Paris-based ESCP business school, stresses the importance of being courteous to everyone you meet during an internship, from the security guard at the door to the assistant offering you a coffee.

“Recruiters tend to ask how your behaviour is from the minute you set foot in the building,” she says. “You never know if the person whose face you accidentally slammed the door on is the person deciding on your fate.”