My parents came to the UK from India in 1969. As medics, they spent much of their first decade here working in hospitals around the country. Whenever they felt homesick, they found solace in food. Not at an Indian restaurant. Those were virtually non-existent in the places they found themselves. Instead, they’d team up with other Indian doctors to cook big batches of curry and rice, relying on West Indian grocery shops (or trips to Birmingham when living in Worcester) as their only source of garlic, ginger and chillies. In 1979, they moved to London and their options for dining out improved. One of their early haunts was Diwana on Drummond Street, where for a couple of pounds they could get a whole meal of two or three curries, naan and rice. “I used to really fill myself up,” my mother recalls. Shortly after, they upgraded. Woodlands on Marylebone Lane became a favourite. As a kid, I remember going there for south Indian specialities such as idli sambar (steamed rice cakes with tamarind-infused dal) and masala dosa (lentil and rice pancakes filled with spicy potato).

Later, the north Indian restaurant Gaylord on Mortimer Street became a family destination. The food was pricier and much richer. It was imperative to start with the grilled meats (the clay oven had apparently been flown via business class from India), but the most unforgettable dish was the dal bukhara, because it contained so much cream. We’d stagger out like stuffed parathas. The third restaurant was La Porte des Indes on Bryanston Street, which specialised in the French-colonial cooking of Pondicherry. It was dolled up to look like Paradise with palm trees and fountains. We’d go for the all-you-can-eat Sunday buffet and stagger out of there too.

How do you ensure, ‘the food retains its Indian soul’?

These were three Indian restaurants I loved and would recommend to others. So you can imagine my dismay as one by one they closed. As a family, we were left asking, where do we go now? For obvious reasons, the search for a new Indian restaurant to please the whole family has fallen to me. I’m the one who eats out for a living. My shortlist could easily include reliably grand and generously spiced restaurants like Gymkhana in Mayfair or Trishna in Marylebone. Or perhaps the more laidback Chourangi, a new arrival in Marble Arch that specialises in Calcuttan food. But the place I’m keenest to take my parents is BiBi on North Audley Street.

Its chef is Chet Sharma. Now 34, he grew up in “a typical Punjabi household” in Berkshire. He boasts an Aunty-pleasing PhD in physics from Oxford. Having worked at Michelin-level restaurants like Moor Hall, L’Enclume and Mugaritz, he knew he wanted to do something different when opening his own Indian restaurant. “There is more to life than butter chicken”, is how he puts it. But how do you deliver innovative Indian food that doesn’t alienate your (especially Indian) customer? How do you ensure, in his words, “the food retains its Indian soul”? In the past, experimental Indian chefs have looked to French cooking for inspiration. But when a dish has more of a connection to European traditions than Indian (individually plated dishes, styled like haute cuisine and served in minuscule portions), I tend to feel short-changed. At the same time, I recognise that Indian cuisine needs to evolve and stay relevant.

Sharma has struck a balance. First of all, he knows his flavours, so even when the food doesn’t look Indian – like a ceviche-style dish of raw Orkney scallops in nimbu pani (Indian lemonade) – the taste feels intriguingly familiar. Other dishes play it safer. His grass-fed ghee dal would get the thumbs-up from any traditionalist. His pulao (recipe below) is among the best I’ve tasted. The dish that really got me, however, was the nashpati bhel. It provided all the crunchy satisfaction you’d expect from that puffed grain, tamarind and coriander chaat, with one curveball addition: a pear “jal-jira” granita. “I used to love eating ice as a kid,” explains Sharma. “I’d have it at our go-to curry house. We’d get salty lassi and I’d chew the ice. Even the dip we serve with papadums is rooted in what we ate as kids, those crappy chutneys in Indian restaurants. These aren’t Indian memories, they’re British Indian memories.” 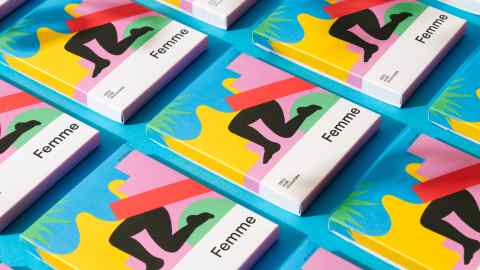 Sharma’s biggest innovation is cultural. “We want people to look at Indian food in the same way they look at a Japanese meal,” he says. “You don’t need to roll out of an Indian restaurant. You can feel light and refreshed.” As such, he has moved away from bread and curries (which “literally and metaphorically weigh Indian food down”) towards a menu dominated by small-plate grills, such as khatti meethi cod and okra salan. (You can order roomali roti, but that’s the only bread.) “Without the things we sometimes associate with Indian food, like that feeling of heaviness, can you still get the satisfaction of having eaten Indian food?” he asks. Much though I like staggering out of Indian restaurants bursting at the seams, that’s one thing I suppose I can live without. Sharma adds: “If my generation of Indian chefs can convince people that Indian food, for want of a better word, can be sexy, that’s our duty.”