Adidas prepares to take on North Face in outdoor foray

Adidas wants to become one of the world’s four biggest outdoor brands by 2025, as the Nike rival says walking, hiking and skiing will become as important as football, running and gym training.

While Adidas is the world’s second-largest sportswear maker, it is “number six or seven” among producers of outdoor kit, Kasper Rorsted, chief executive, told the Financial Times.

His group is taking on established market participants such as The North Face owner VF Corporation, Patagonia and Arc’teryx after individual outdoor activities during the pandemic received a boost that McKinsey, a consultancy, said was likely to last.

In parallel to its outdoor foray, the Herzogenaurach-based company is retreating from several niche sports by ditching lacrosse and Australian Rules Football, and reducing its footprint in wrestling and cricket, where it is seeking licensing partners.

Adidas sells waterproof jackets and walking boots under its sub-brand Terrex. However, this segment only contributes “a single-digit percentage share” to the group’s €19.8bn annual revenue, Rorsted said. Now, Adidas wants to broaden its outdoor kit into a “full technical apparel range”.

Earlier this month, Adidas announced plans to open outdoor-only flagship stores in “key outdoor destinations around the globe” under the Terrex brand, saying that the segment will play a big role in lifting sales to its goal of €30bn by 2025.

Rorsted has also pledged to further improve Adidas’s operating margin — which was 11.3 per cent in 2019 before the pandemic dented 2020 figures — to between 12 and 14 per cent of sales by 2025, a level roughly on par with Nike.

The larger US-based rival has historically dwarfed Adidas’s profitability. In 2015, before Rorsted joined from glue-and-detergent maker Henkel, Adidas’s operating margin was 6.5 per cent.

“We have caught up more or less with Nike[’s profitability],” Rorsted said, adding that the coming divestment of Reebok would further lift the margin as the brand was a drag on profitability. Rorsted said that while he hoped the Reebok sale would be finalised by the year-end, it would not be rushed.

“We need to make sure that we have the right future owner for Reebok who takes decent care of our employees that go into the company. Timing is actually less important for us,” he said.

Over the past five years, Adidas’s share price has risen almost 180 per cent, compared with about 110 per cent at Nike. 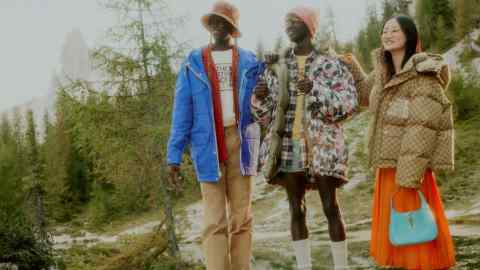 The 59-year-old chief declined to disclose growth targets for Terrex, but said the brand was expected to grow “substantially quicker” than overall sales, which Rorsted wants to increase by 8 to 10 per cent a year by 2025.

“Outdoor today is the third-largest market segment [in sportswear] in the world. It’s non-consolidated and it’s one where we know that we can make a huge difference,” he said, adding that quick wins were unlikely and the ascent would happen over “the next five to 10 years”.

Rorsted acknowledged that “there has been a perception in the past” that multinationals such as Adidas were at a disadvantage to smaller, nimble outdoor brands that stressed authenticity and individualism.

He said today Adidas had “an enormous amount of credibility” in the segment, highlighting the performance of Terrex in 2020. While group sales fell 16 per cent owing to pandemic-related store closures, sales of hiking and walking kit rose year on year. “We had a strong growth in outdoor in 2020,” said Rorsted.

Get alerts on Adidas AG when a new story is published