If you think the same, join us
UK Budget

Budget to give £20bn extension to UK Covid support until September

Rishi Sunak will use Wednesday’s Budget to extend a vast package of Covid-19 support until the end of September, in a plan which he hopes will nurse Britain back to economic health by the autumn.

The furlough scheme, due to end in April, will run in its current form until the end of June, by which point the government hopes to have lifted any remaining coronavirus restrictions.

But Sunak wants to avoid a jobs cliff-edge by withdrawing the furlough scheme too quickly; it will continue until the end of September, with employers gradually picking up a bigger share of the wages of laid-off staff.

The chancellor, who will promise to deploy the full “fiscal firepower” at the Treasury’s disposal, will also extend help for the self-employed. A £20-a-week uplift to universal credit is also expected to run until September.

Combined with an extension of the business rates holiday, a £5bn grants scheme for the high street and other measures, Sunak’s new Covid-19 support package — intended to “cushion” businesses and workers as the economy starts to reopen — will be well in excess of £20bn.

But the chancellor’s Budget will come with a bill attached. “Once we are on the way to recovery, we will need to begin fixing the public finances and I want to be honest today about our plans to do that,” he will say.

The Budget is expected to set out a path for future tax rises — including increased corporation tax — to start repairing the damage to the public finances caused by the lasting “scarring” effect of the pandemic.

Under the extended furlough scheme, the government will continue to pay 80 per cent of wages up to a cap of £2,500 a month for hours the employee does not work until the end of June.

From July 1, furloughed staff will still receive 80 per cent of wages but employers will be asked to contribute. Initially they will pay 10 per cent of the cost, rising to 20 per cent from August 1.

The chancellor will also announce a fourth and fifth round of the self-employment income support scheme, worth 80 per cent of three months’ average trading profits up to £7,500, and extend its availability.

The scheme was initially based on tax returns for 2018-2019, but new data is now available to allow more people to claim support. The chancellor will claim more than 600,000 extra people will be eligible for help.

The Treasury hopes to keep unemployment well below the 7.5 per cent peak forecast last November by the Office for Budget Responsibility, enabling the chancellor to say that far fewer jobs had been lost in the Covid-19 crisis than in the global financial crisis of 2008-09.

If the Covid-19 caseload decreases as hoped, the cost of the furlough extension is likely to be about £10bn, with a further £5bn for extending the self-employed income support scheme.

The total taxpayer cost of additional support measures in 2021-22 is likely to be well in excess of £20bn on top of extra money going to the NHS and schools and other departments this year.

Personal Finance
Budget 2021: What it means for your money 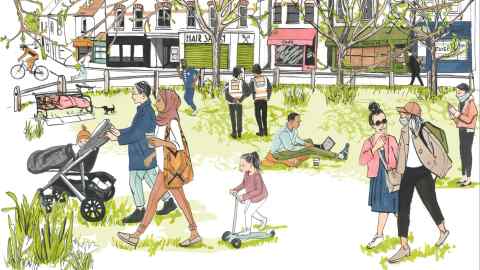 The UK appears to have averted the threat of mass unemployment that loomed large at the start of the winter. The latest official figures showed unemployment at 5.1 per cent in January, with the rate of redundancies slowing and the number of employees on payrolls starting to rise again.

However, the challenge for policymakers now is to avoid more insidious, lasting damage to the labour force, in the form of long-term unemployment, underemployment and job insecurity.

“We’re not going to get 4m or 5m unemployed . . . but we may not pay enough heed to what will be a really significant increase in long-term unemployment and increased insecurity,” said Tony Wilson, director of the Institute for Employment Studies.

Alfie Stirling, chief economist at the New Economics Foundation, said the extension of furlough could protect between 1.8m and 2.7m jobs — 90 per cent of those who would have been at risk if the scheme had ended abruptly in April.

On the self-employment scheme, there appeared to be no move to open it to the majority of the 3m who missed out on government support over the past year, including self-employed people with higher earnings, or those whose trading profits make up less than half their income.

Nor was there any concession to the hundreds of thousands of directors of limited companies who have missed out on government support because they pay themselves largely through dividends.

Get alerts on UK Budget when a new story is published