As the world transitions from fossil fuels to renewables, a fundamental question remains: where do we get our energy when the wind is not blowing and the sun is not shining?

One solution is to store excess energy when the sun is shining and the wind is blowing — then discharge it when necessary. Large lithium ion rechargeable batteries are already being used to store energy to some extent, but “currently, battery technology only has a capacity of covering up to four hours”, notes Carlos Torres Diaz, director of power and gas market research at consultancy Rystad Energy.

While that is likely to improve in the coming years, “there will still be periods where batteries will not be enough, so you need something else to back up the energy system”, Diaz says. “This is when long-term energy storage becomes crucial.”

Long duration energy storage (LDES) generally refers to any form of technology that can store energy for multiple hours, days, even weeks or months, and then provide that energy when and if needed. It is a technology that is essential if the world is to increase the proportion of renewable energy, given it is an inherently intermittent source.

The Long Duration Energy Storage Council, launched last year at COP26, reckons that, by 2040, LDES capacity needs to increase to between eight and 15 times its current level — taking it to 1.5-2.5 terawatts (85-140 terawatt hours)— to enable a cost-optimal net zero energy system.

Various technologies are being worked on, with varying degrees of maturity, but the benchmark is pumped hydro storage, partly because of its high round-trip efficiency: the proportion of the energy stored in this way that can later be pulled out is around 80 per cent.

It is technology that has been around for more than a century, involving the movement of water between lower and higher reservoirs to store and generate energy. However, it remains the most used storage method globally, with around 160GW of power capacity installed as of last year. A further 130GW is planned or under construction, with China accounting for around 60 per cent of the new plans.

Although geographical constraints are a limitation on the use of the technology, especially in the case of overground large-scale facilities, new developments are emerging that can allow for its deployment on non-mountainous terrain.

A similar method to pumped hydro, but involving the movement of a solid mass between different heights, is also being developed by the Swiss-based company Energy Vault. This uses excess renewable power to lift and stack composite blocks that are later released to generate electricity. A 5MW capacity proof-of-concept facility in Switzerland, built in 2020, achieved 75 per cent round-trip efficiency, Energy Vault says, and it has announced plans to deploy the technology in China. 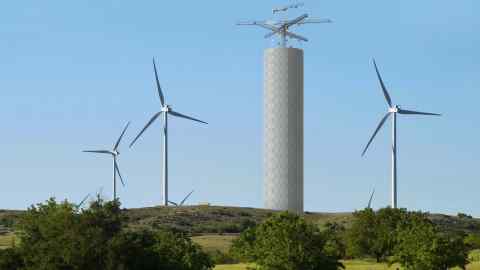 Other similar technologies include the use of excess energy to compress and store air, then release it to turn generator turbines.

Alternatively, there are electrochemical technologies, such as vanadium flow batteries. These use large tanks of separately charged vanadium electrolytes to store energy, but generally have a lower round-trip efficiency compared with other options, at present.

And there are new battery types. Norway-based Energy Nest is storing excess energy as heat in concrete-like “thermal batteries” for use in industrial processes. Heat for heavy industry is more typically generated by burning natural gas.

“Fifty per cent of global energy consumption is not in the form of electricity — it’s based on heat,” points out Christian Thiel, Energy Nest’s chief executive. “[If you] focus on electrons, you are not looking at that whole energy pie.”

Investment in LDES has picked up noticeably in recent years. It totalled $910mn in 2021, a jump from $130mn in 2018, according to the LDES Council, although it reckons a cumulative $1.5tn-$3tn worth of investment between 2022 and 2040 will be needed to develop the sector further.

But it remains a nascent market without an established business model — and, already, one LDES project has been cancelled. In May, Siemens Gamesa, the renewable energy arm of multinational conglomerate Siemens, discontinued its demonstration of electrothermal energy storage in Hamburg, Germany.

“A commercial market for large-scale and long-term storage has not emerged to date,” a company spokesperson says. “The penetration of renewable energy in the system has not reached the extent to bring to life a market for long duration storage technologies, and the regulatory framework has, further, not been supportive regarding market entry.”

Frank Wouters, co-president of the LDES Council, says both regulators and industry players are still trying to figure out what the right business model is.

“The business case for having better battery storage [attached] to a solar system is now something that is relatively straightforward,” he says. “It’s commercial — you can make a business case out of that.” But Wouters notes it is not always clear where LDES is the optimal solution. “It really depends on the local situation,” he says.

LDES will be “competitive in some situations, not others”, agrees George Hilton, senior analyst at S&P Global Commodity Insights.

He suggests LDES may be beneficial in places that are looking to decarbonise but lack an interconnected energy grid, such as the Pacific Islands, or “in poorly interconnected areas . . . where they are relying on diesel or gas generation at the moment because it’s not feasible to build the grid to those locations”. He adds: “Those places will go down the LDES route early, and we’ll get signs as to how the rest of the market is going to shape up.” 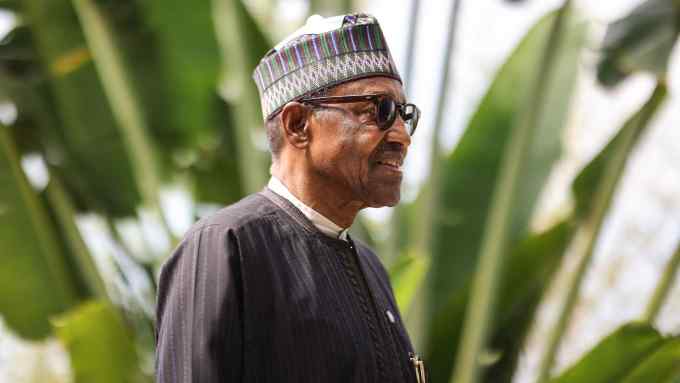