In 1859, Charles Dickens observed in his novel A Tale of Two Cities that the French Revolution felt like the best of times and worst of times to be alive, since it was the age of both wisdom and foolishness “the epoch of belief . . . the epoch of incredulity”.

A similar description might apply to western journalism today, as it navigates twin revolutions: technological (the internet) and political (populism).

The “worst of times” aspects are obvious. During the last decade the media has faced a nasty economic shock, as its 20th century advertising and business models have been upended by digital platforms. Consider, for example, traditional US newspapers. In 2006 these generated $49bn in advertising revenue, says Pew Research Center, after several decades of rising revenues. Today, revenues have been cut in half as advertisers move from print to the digital world, including not just new rivals (such as news and information website, Axios) but, most crucially, to platforms and search engines. Pew calculates that platforms such as Facebook, Google, Twitter and Amazon are grabbing two-thirds of all advertising dollars.

Newspapers have tried to offset this by moving online and boosting subscription revenue. For some, it has worked. But US printed circulation has halved from a peak of about 60m in 1990 to nearer 30m today and, while the digital consumption of news has soared, the field has become increasingly crowded. Unsurprisingly, that has sparked a vicious shake-out of labour — and cut the workforce from about 70,000 in 2008 to nearer 40,000 today.

In addition to that long-run economic shock, newspapers have faced a political and social shock, too. Not only have journalists been labelled “the enemy” by President Donald Trump, but their credibility among voters has also been crumbling.

Take a look at an annual poll conducted by Edelman, the public relations group. A decade ago, when the financial crisis hit, the mainstream media were held in relatively high regard in the western world. Thus, while public trust in institutions like banks and government collapsed in 2009 and 2010, media trust was initially stable.

Three years ago, however, trust in the media declined too, leaving it close to the levels for bankers. This was partly because the rise of social media created a mood of empowerment among consumers, prompting them to trust their peer group, rather than “experts”. One striking development in Edelman’s 2017 survey was that more western world respondents said they trusted social media and “owned” media (ie corporate websites) than traditional journalism.

Another factor behind this has been the deliberate campaign by Mr Trump to erode media credibility with a stream of derogatory attacks sent directly to his followers, thus bypassing traditional journalism channels. The sheer volume, at all hours of the day and night, of his aggressive tweets, for example, has left many areas of the media feeling destabilised and its executives defensive.

As we move further into 2019, however, it seems that the picture could be changing; or, more specifically, after the initial sense of shock from the technological and political revolutions, the media industry is not just adapting, but rallying too. This year 65 per cent of people in the US and Europe said they trusted traditional media, twice the number who trusted social media (and slightly above the level of trust in search engines). This is the biggest gap between trust in social and traditional media seen, and comes as 73 per cent of respondents said they worried about “fake news”.

Meanwhile, the level of “engagement” with news has jumped an astonishing 22 points from 50 per cent to 72 per cent, with a particularly stark rise among US and European women.

To be sure, this is unevenly spread: in the US trust among Democrats, for example, is dramatically higher than among Republicans (69 per cent and 33 per cent, respectively). There is also an intriguing gender split. The Edelman data suggest that women are more engaged than men. Moreover, there is little sign that those readers who are deeply disengaged and actively hostile to the mainstream media will shift their position soon — least of all given sniping from politicians such as Mr Trump.

As a cynic (or critic of the media) might observe, this is only one set of findings. But it seems to indicate bigger trends. The recent wave of social media privacy and manipulation scandals has left many users disenchanted with such platforms.

And while the early political attacks on the media sparked a defensive, introspective mood, they now appear to be galvanising the industry into more confident action. Consumer support has risen accordingly. Over the past year publications such as the New York Times, Washington Post, Wall Street Journal and, indeed, the Financial Times have seen sharp rises in online subscriptions and circulation.

There has been an explosion of experimentation with new forms of journalism, such as podcasts, for example. Indeed, if you were to judge the state of the media world from its wave of investigations, industry experimentation and the wider public consumption of content, some might argue that this is actually the “best of times” to be a journalist. The sense of mission has rarely been more intense.

Will this translate into a healthy business model? Some publications, such as The New York Times and the FT report that surging digital subscriptions are driving revenue growth. Others, like The Washington Post, are more coy about their revenues, partly because they are being supported by quasi-philanthropist owners. Still others, such as The Guardian in the UK, are tapping into the wave of consumer loyalty, by asking readers to make donations.

One thing that is clear is that the twin technological and political revolutions are unlikely to end soon. At the same time, the demonisation by Mr Trump and other populist leaders of traditional media has proved to be an effective marketing device — and rallying call — for the cause of journalism. Therein lies the paradox of 2019 and a sign that this story has quite a long way to run. 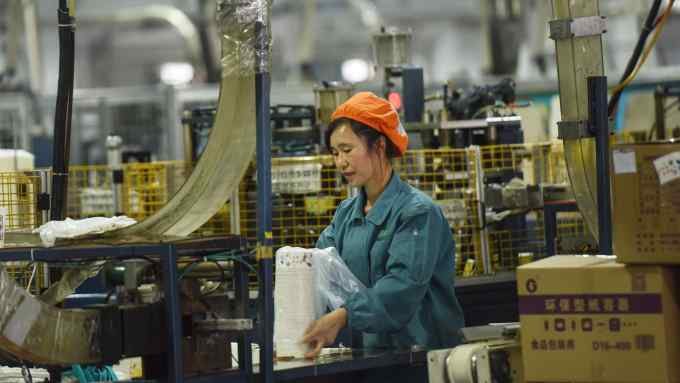